Iran has accumulated approximately 1,021 kilograms of low-enriched uranium (LEU), the International Atomic Energy Agency (IAEA) detailed in a report released March 3. The report notes that Iran is continuing to expand its uranium-enrichment program and is now accumulating enriched material from all 1,044 first-generation IR-1 centrifuge machines at its Fordow facility and from 5,060 IR-1s and a limited number of advanced model machines at its Natanz facility. 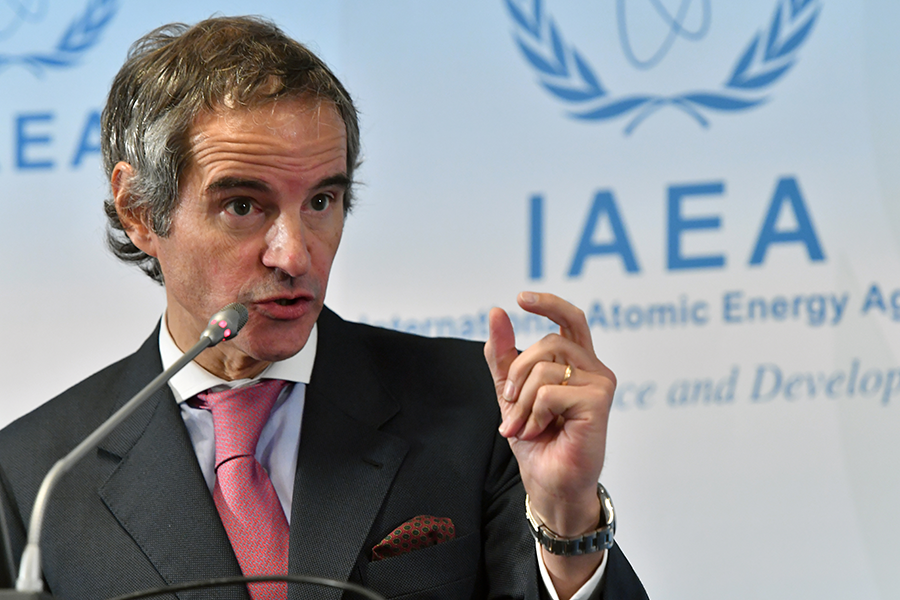 Iran’s enriched uranium stockpile is now about five times larger than the JCPOA limit. The stockpile’s size shortens Iran’s breakout time, the time it would take to produce enough nuclear material for one weapon, if Tehran were to choose to pursue nuclear weapons development. How quickly Iran could produce enough fissile material for a weapon depends on several factors, including the number and type of operating centrifuges. When the JCPOA was fully implemented, Iran’s breakout time was estimated to be 12 months.

Iran’s growing uranium stockpile should not necessarily be perceived as a sprint to the bomb. Iran continues to comply with the IAEA on-site verification and monitoring activities that are designed specifically to detect higher levels of enrichment and a diversion of materials for weapons purposes, said IAEA Director-General Rafael Grossi at his agency’s Board of Governors meeting on March 9.

In addition to its comprehensive safeguards agreement with the IAEA, required of all non-nuclear-weapon states party to the nuclear Nonproliferation Treaty, Iran is obligated under the JCPOA to adhere to an additional protocol to its safeguards agreement that allows inspectors increased access and tools to verify the peaceful nature of Iran’s nuclear program. The JCPOA grants the IAEA a long-term presence in Iran and allows the agency to continuously monitor Iran’s uranium enrichment, among other things.

“The agency continues to verify the nondiversion of nuclear materials declared by Iran under its safeguards agreement,” Grossi said, adding that the agency is undertaking investigations into Iran’s undeclared nuclear activities.

Grossi also said that despite Iran’s Jan. 5 announcement that it would no longer be bound by the deal’s operational restrictions, “to date, the agency has not observed any changes to Iran’s implementation of its nuclear-related commitments under the JCPOA.”

Stay informed with the latest in-depth news and analysis as a card-carrying member. Join today.

Iran continues to comply fully with its JCPOA-related safeguards and monitoring commitments and to adhere to the deal’s prohibition on plutonium reprocessing, according to the March 3 report. Iran also has not installed any additional IR-1 centrifuges at the Natanz facility and has not taken steps to pursue construction of the Arak heavy-water reactor under its original design, in keeping with the deal’s requirements that Iran install no more than 5,060 IR-1 centrifuges at Natanz and convert the Arak reactor to produce less plutonium.

Tehran’s Jan. 5 announcement marked its fifth breach of the nuclear deal since it first began reducing its compliance with the agreement in May 2019. Nevertheless, Iran’s violations likely are not indicative of imminent nuclear weapons development but are rather an attempt by Tehran to pressure the remaining parties to the JCPOA to offer sanctions relief promised under the deal.

In response to Iran’s escalatory measures, the European members of the nuclear deal (France, Germany, and the United Kingdom) triggered the deal’s dispute resolution mechanism Jan. 14 in an effort to facilitate dialogue necessary to address Iran’s noncompliance and salvage the agreement. The dispute resolution mechanism, laid out in the text of the JCPOA, provides for a 15-day period of discussions within the governing Joint Commission, which comprises the deal’s remaining members. The time-bound period for discussions within the Joint Commission can be extended by consensus vote.

EU foreign affairs chief Josep Borrell, who chairs the Joint Commission, announced on Jan. 24 that “there is agreement that more time is needed due to the complexity of the issues involved. The timeline is therefore extended.”

The members of the Joint Commission met for the first time Feb. 26 in Vienna. The meeting was attended by representatives from China, France, Germany, Iran, Russia, the United Kingdom, and the European Union.

In his statement following that session, Borrell said that “serious concerns were expressed regarding the implementation of Iran’s nuclear commitments under the agreement,” but added that “participants also acknowledged that the reimposition of U.S. sanctions did not allow Iran to reap the full benefits arising from sanctions lifting.”

Borrell remarked that a series of expert-level discussions had taken place in recent weeks regarding Iran’s violations of the JCPOA and Washington’s reimposition of sanctions following the U.S. withdrawal from the deal in May 2018. Although he did not clarify whether the Joint Commission period of the dispute resolution mechanism would be further extended, Borrell noted that expert-level discussions would continue to move forward.

“All participants [in the Feb. 26 meeting] reaffirmed the importance of preserving the agreement, recalling that it is a key element of the global nuclear nonproliferation architecture,” Borrell said.