China displayed new and long-range missiles in an October military parade celebrating the 70th anniversary of the foundation of the People's Republic of China. The parade featured new unmanned aerial vehicles, advanced hypersonic missiles, and upgrades to missiles previously deployed by the People’s Liberation Army. 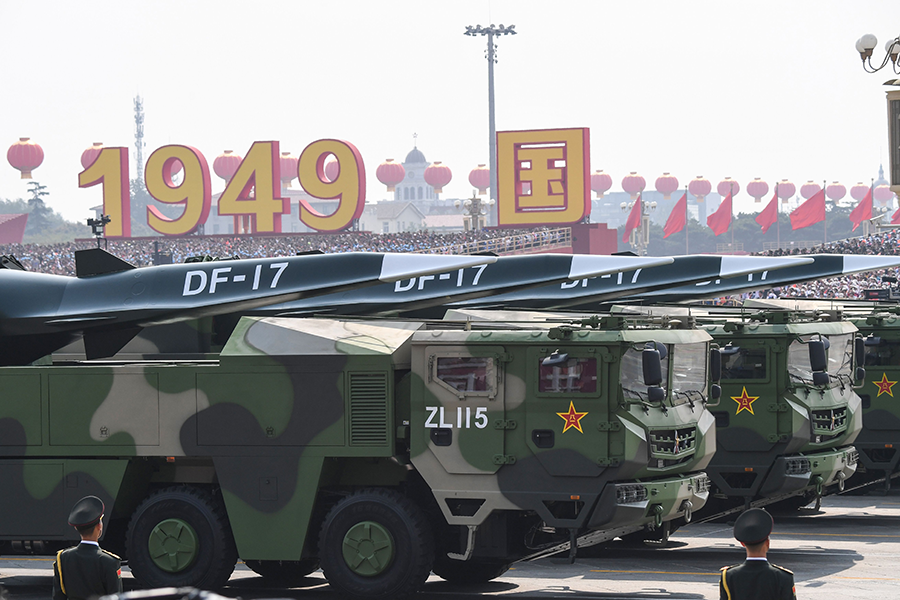 Chinese Foreign Minister Wang Yi stated at the UN General Assembly that “China has no intention of playing the ‘Game of Thrones’ on the world stage,” asserting China’s interest in global cooperation and in maintaining peaceful relations with the United States.

Nevertheless, just a week after his remarks, China paraded updated military hardware through Tiananmen Square in Beijing. Among the weapons exhibited in the parade were the Dongfeng-41 intercontinental ballistic missile (ICBM) and a new hypersonic weapon, the Dongfeng-17.

Efforts to develop the Dongfeng-41 began in the late 1980s, and the current version is reportedly a solid-fueled ICBM equipped with multiple independently targetable reentry vehicles making it capable of delivering several nuclear warheads. The missile is believed to have a range of 15,000 kilometers, enabling it to reach targets in the continental United States in approximately 30 minutes. A U.S. National Intelligence Estimate in 1999 listed the Dongfeng-41, then under development, as a missile designed to target the United States. (See ACT, September/October 1999.)

The Dongfeng-17 has a comparatively shorter range, estimated at just more than 2,500 kilometers, and is equipped to carry a conventional warhead on a hypersonic glide vehicle. According to some independent weapons analysts, the Dongfeng-17 does not dramatically strengthen the conventional threat that China poses to U.S. or allied forces in the region.

James Acton of the Carnegie Endowment for International Peace said that China already possesses a “formidable arsenal of existing weapons” capable of flying a similar range. Other experts noted that because the Dongfeng-17 is more maneuverable, it will be more capable of evading U.S. missile interceptors designed to protect U.S. command centers and airfields in East Asia. The Dongfeng-17’s inaugural flight test was in November 2017, and further testing will be necessary before the weapon can be operationally deployed.