The Trump administration released a national strategy for countering terrorists’ efforts to use weapons of mass destruction (WMD) in an attack against the United States. 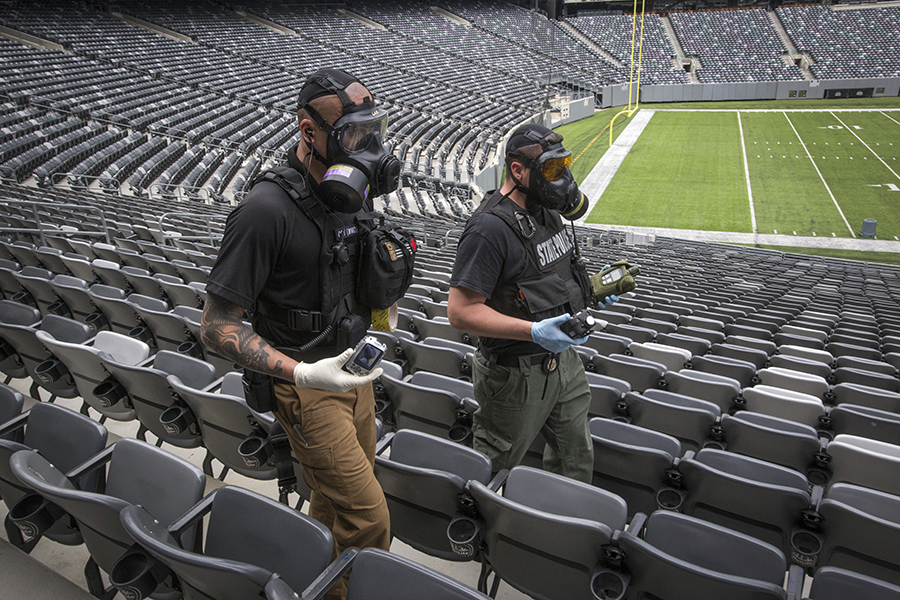 But the report says that there are no surefire defenses, and it provides what could be pre-emptive political cover in the event there is a WMD-terrorism attack.

“Despite our technological and military advantages, we cannot eliminate all pathways for terrorists to conduct a WMD attack against the United States and its interests,” the report concludes. “Nonetheless, we can significantly reduce the probability and consequences of such attacks.”

The strategy builds on a number of existing efforts started under the Bush and Obama administrations to prevent WMD terrorism, particularly in efforts to minimize access to necessary materials and technologies. Although President Donald Trump frequently has belittled U.S. alliances, his introduction to the report stresses the need to advance “enhanced partnerships with our allies and partners worldwide” to prevent WMD terrorism.

The strategy calls for prioritizing disposition of nuclear and radiological materials worldwide that “pose the highest risk for terrorist acquisition” and minimizing the use of “highly-attractive” materials in civil programs. This objective continues priorities from the nuclear security summits held biannually from 2010 to 2016, which sought agreement on actions to minimize and eliminate weapons-usable nuclear materials in civilian programs.

On chemical weapons, the United States states its commitment to strengthening chemical security practices in academic and industrial institutions and says it will consider revising policies and best practices for “responsible conduct” in sciences that use materials applicable to chemical weapons development.

The strategy document also recognizes that terrorists have used chemical weapons and says the United States is exploring ways to work with the Organisation for the Prohibition of Chemical Weapons to prevent nonstate actors from pursuing chemical weapons.

To prevent diversion of biological materials for weapons, the United States says it will promote policies that reduce the risk of misuse and provide more effective oversight for dual-use research.

The strategy also includes objectives to strengthen U.S. defenses against WMD terrorism. The document notes deployed U.S. capabilities, such as technical means to detect certain weapons of mass destruction, rapid counterresponse teams, and intelligence capabilities to prevent WMD attacks, and commits the United States to strengthening its response capacity with an emphasis on minimizing casualties and helping communities recover in the event of an attack.

Better coordination of state, local, and federal efforts and empowerment of state governments also features in the strategy. The Trump administration will continue providing equipment and training to states, with the goal of creating self-sustaining capabilities, the report says.

The strategy recognizes that the threat posed by WMD terrorism will continue to evolve and be affected by technological advances. The report says that the United States will strengthen collaboration with public and private sector entities analyzing the applications of technological advancements. In particular, the report identifies artificial intelligence as “certain to produce security implications beyond our current understanding.”

The United States will also look for opportunities to leverage new technologies to counter WMD terrorism, and the strategy notes how machine learning is already being used to assist in identifying trends and providing insights.