– Frank von Hippel
Co-Director of Program on Science and Global Security, Princeton University
June 1, 2018
After the INF Treaty, What Is Next?

If the 1987 Intermediate-Range Nuclear Forces (INF) Treaty collapses in 2019, the United States, key U.S. allies, and Russia will face critical questions of how to respond, including whether to develop and deploy new intermediate-range missile systems and whether to seek restraint measures to prevent a renewed missile race in Europe and beyond. 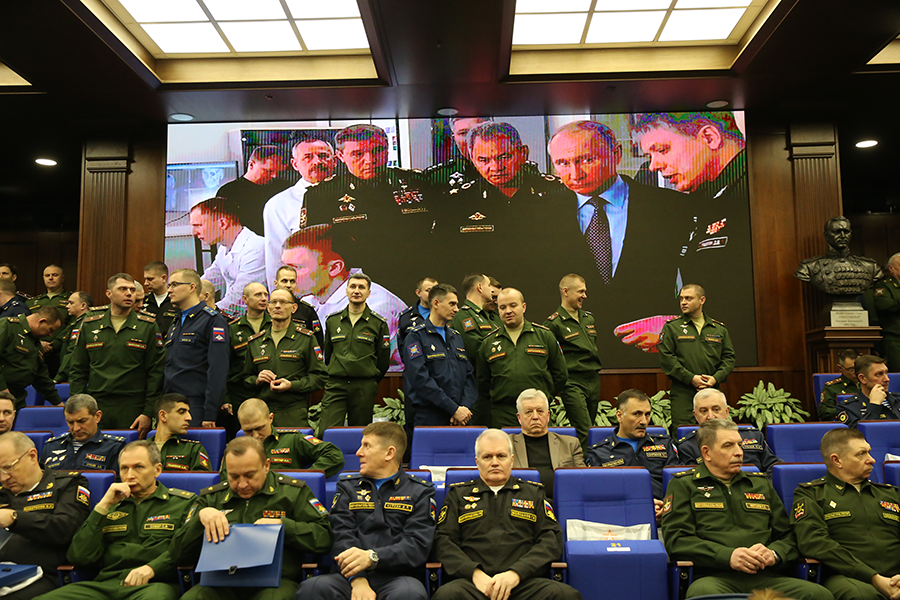 Washington and Moscow have not shown a willingness to go the extra mile to resolve their years-long INF Treaty compliance dispute, as the clock runs down on U.S. Secretary of State Mike Pompeo’s Dec. 4 ultimatum, under which Russia has 60 days to return to “full and verifiable compliance” or the United States will suspend its obligations and issue a formal notice of its intent to withdraw from the treaty.

Rather, each side has been laying the groundwork to blame the other for the treaty’s demise and, in that case, to advance new weapons systems.

At the direction of Congress, the Defense Department began early research and development activities on concepts and options for conventional, intermediate-range missile systems in late 2017. If the administration moves to withdraw from the treaty, it could ramp up funding to accelerate development.

Russian President Vladimir Putin stated on Dec. 18 that if the United States “breaks the treaty,” Russia will be “forced to take additional measures to strengthen [its] security.” He further warned that Russia could easily conduct research to put air- and sea-launched cruise missile systems “on the ground, if need be.”

Since 2014, Washington has accused Moscow of violating its commitment not to possess, produce, or flight-test a ground-launched cruise missile (GLCM) having a range prohibited under the INF Treaty. The Trump administration later identified the missile as the 9M729. In 2017 the Pentagon alleged that Russia began fielding the missile.

U.S. Director of National Intelligence Dan Coats said in November that Russia has “fielded multiple battalions of 9M729 missiles, which pose a direct conventional and nuclear threat against most of Europe and parts of Asia.”

Moscow has denied these charges and accused the United States of violating the treaty, most notably by deploying missile defense interceptor platforms in eastern Europe that Russia claims could be used for offensive purposes.

“If Russia admits its violations and fully and verifiably comes back into compliance, we will, of course, welcome that course of action,” Pompeo said at NATO headquarters in Brussels on Dec. 4. “But Russia, and Russia only, can take this step.”

The impasse is complicated by the fact that neither President Donald Trump, Pompeo, nor any other administration official has publicly acknowledged as legitimate Russia’s concerns about U.S. compliance or suggested that Washington would be willing to engage in talks that address the concerns of both sides.

Pompeo also cited China, which is not a party to the treaty, as a reason why the agreement no longer makes sense for the United States. This suggests the administration sees benefits to withdrawal from the treaty beyond its concerns about Russia’s noncompliance.

“There is no reason the United States should continue to cede this crucial military advantage to revisionist powers like China,” Pompeo declared, “in particular when these weapons are being used to threaten and coerce the United States and its allies in Asia.”

For its part, Russia continues to deny that the 9M729 violates the treaty while suggesting that it remains open to dialogue. But Russia does not appear to have tabled any specific proposals to address the U.S. and Russian concerns and rather has ramped up public statements blaming the United States.

Russian Deputy Foreign Minister Sergey Ryabkov said in a Dec. 19 interview with Kommersant that U.S. officials made it clear to Russia that Trump’s announcement in October that he intended to “terminate” the treaty was “final and is not ‘an invitation for dialogue.’”

Although Russia has open production lines for the 9M729, the United States is still in the early stages of development of a treaty-busting missile. The fiscal year 2018 National Defense Authorization Act required “a program of record to develop a conventional road-mobile [GLCM] system with a range of between 500 to 5,500 kilometers,” including research and development activities. (See ACT, December 2017.)

The law also required “a report on the cost and schedule for, and feasibility of, modifying United States missile systems in existence or planned as of such date of enactment for ground launch with a range of between 500 and 5,500 kilometers as compared with the cost and schedule for, and feasibility of, developing a new ground-launched missile using new technology with the same range.” Such existing and planned systems include the Tomahawk cruise missile, the Standard Missile-3 anti-missile interceptor, the long-range standoff weapon, and the Army tactical missile system.

As of the end of 2018, the Pentagon had yet to submit this report.

The Defense Department requested and Congress approved $48 million in fiscal year 2019 for R&D on and concepts and options for conventional, ground-launched, intermediate-range missile systems in response to Russia’s alleged violation of the INF Treaty. (See ACT, November 2018.)

Prior to the conclusion of the INF Treaty in 1987, the United States deployed several hundred nuclear-armed, intermediate-range Pershing II ballistic missiles and GLCMs in Europe, the latter of which were an adaption of the Tomahawk. The Pentagon spent $2.6 billion, in fiscal year 1987 dollars, to develop and procure 247 Pershing II missiles and associated launchers and $3.5 billion to develop and procure 442 GLCMs through fiscal year 1987, according to a 1988 U.S. Government Accountability Office report.

Yet, the cost today to develop a new ballistic missile system would be higher given that several decades have passed since the development of the Pershing II. In addition, the range of the new missile would likely need to be much greater than the 1,800-kilometer range of the Pershing II to have any utility against China in the Pacific region.

Gen. Paul Selva, vice chairman of the Joint Chiefs of Staff, told Congress in March 2017 that “there are no military requirements we cannot currently satisfy due to our compliance with the INF Treaty.” But a U.S. withdrawal could lead to the establishment of a new military requirement and accelerated efforts to develop ground-launched, intermediate-range missiles.

Even if the United States were to develop the weapons, they would need to be deployed on the territory of allies neighboring Russia and China. So far, no country has said that it would be willing to host such missiles.

At an event in Washington on Dec. 14, Sen. Tom Cotton (R-Ark.) said that the Pentagon should rapidly develop new intermediate-range missiles despite uncertainty about where they could be fielded. “Basing questions can obviously be controversial, but that will be a decision to be made for the future,” he said.

The collapse of the INF Treaty also raises questions about how to prevent the buildup of intermediate-range missiles in Europe and Asia.

Russia approached the United States in 2007 and the two sides then jointly proposed in a UN General Assembly resolution to multilateralize the INF Treaty. The idea of multilateralizing the treaty has been around for more than a decade, but neither Moscow nor Washington have devoted serious effort into the concept, and China is highly unlikely to join an agreement that would require eliminating the bulk of its missile arsenal.