States-parties to the Biological Weapons Convention (BWC), facing cancellation of meetings due to longstanding financial arrears by some member countries, achieved agreement on a funding mechanism that will allow them to meet and to continue paying the accord’s small secretariat staff. 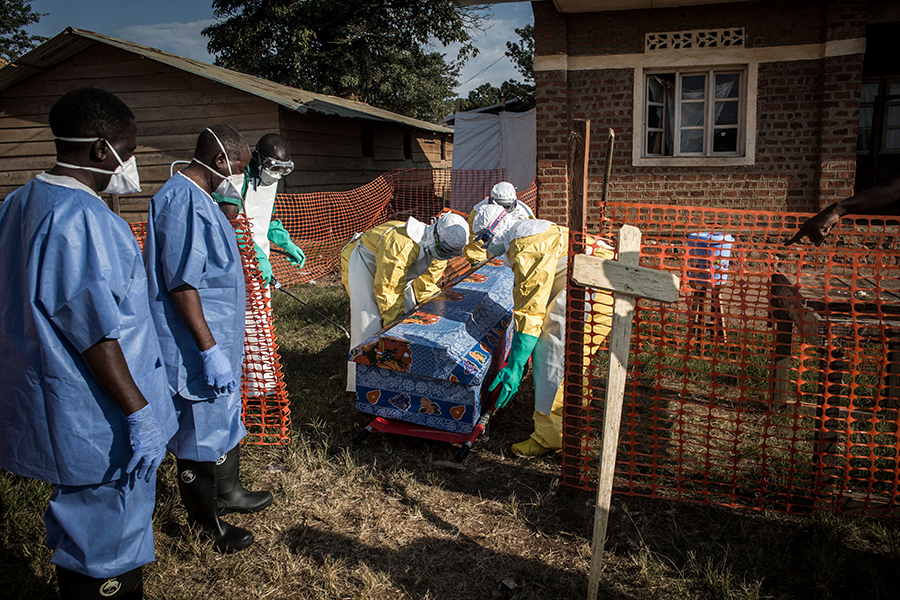 Delegates attending the meeting of states-parties in Geneva on Dec. 4–7 established a working capital fund, financed by voluntary contributions, to provide short-term financing pending receipt of contributions from member countries.

Yet, despite the broad support for outcomes from the BWC experts meeting held in August, delegates did not reach consensus on measures proposed by the experts to strengthen the convention. Many delegations blamed Iran, supported by Venezuela and a few others, for the lack of consensus. There was also evident tension between the United States and Russia.

The annual meetings of experts and of states-parties will provide further opportunities for consideration of measures to strengthen the convention prior to the BWC ninth review conference in 2021.

In Geneva, one day was cut from the December meeting’s planned four-day schedule due to lack of funding. The financial problems of the BWC, which outlaws biological arms, stem from some states being years late in annual payments and from slow payment by many other states, as well as from UN financial rules and practices. The United Nations now stringently requires that funding for meetings and staff contracts be received before spending is committed, rather than anticipating that funds will cover expenses as states pay later in the year, as had been the practice.

Although a number of states-parties are in arrears, five of them—Brazil, Venezuela, Nigeria, Libya, and Argentina, in descending order of arrearages—account for more than three-quarters of the debt. This produced tensions in the meetings, as the nonpayers were seen to be jeopardizing the efforts of the majority who meet their financial commitments.

In the report of the Geneva meeting, states-parties in arrears were requested to pay outstanding amounts, and all parties were urged to pay invoices more quickly. The working capital fund is expected to enable the BWC to hold meetings and to provide the secretariat staff, known as the Implementation Support Unit, with one-year contracts rather than the current shorter-term contracts.

Nevertheless, the accumulated deficit may force some curtailment of BWC meetings planned for this year.

A number of substantive topics were discussed in Geneva. For example, Russia and the United Kingdom presented a working paper and side event recommending ideas on how to respond following a BWC violation and request for assistance. Such support would include measures such as well-equipped, on-call response teams and mobile diagnostic laboratory capabilities.

France and India proposed a database that, if a state-party were exposed to danger from a violation, would match requests for assistance with offers of help such as specific expertise; protection, detection, decontamination assistance; and provision of medical and other equipment.

India and the United States authored a paper suggesting ways to strengthen national implementation measures with appropriate legislative, regulatory, and administrative provisions; national export controls that would penalize offenders; a list of items requiring authorization before export; and cooperative training and capacity-building activities.

A Chinese initiative on a code of conduct continued to interest many states-parties, while Kazakhstan presented a working paper about a seminar it held in October on national implementation measures, cooperation, and assistance.

The BWC has gained 17 states-parties since 2012, bringing the total to 182. However, there are still 10 nonsignatory states, and five signatories that have not ratified the convention. Of particular concern to many experts are countries in the Middle East: Israel has not signed, and Syria and Egypt have not ratified
the convention.

The BWC faces evolving challenges that include scientific advances, such as gene editing, that raise new dangers if abused, while many countries believe that more should be done to improve protections against threats from naturally occurring diseases, such as Ebola, from possible covert state biological weapons programs and from terrorist groups seeking biological weapons.

In addition to the worsening relations between Russia and the United States outside of the BWC context, the two countries have traded accusations of noncompliance with the convention. The U.S. State Department 2018 report on compliance stated that Russia’s annual BWC submissions “have not satisfactorily documented whether its bioweapons program was completely destroyed or diverted to peaceful purposes.”

For its part, Russia has questioned the presence of U.S. Defense Department personnel at public health laboratories in former Soviet states, in particular at the Richard Lugar Center for Public Health Research in Georgia. Russia suggested that this center and others were producing biological weapons. In November 2018, Georgia hosted a group of international experts for a “transparency visit” to the Lugar Center to dispel Russian allegations. Such on-site visits are seen to enhance confidence in compliance. Russia and the United States have also traded charges recently at meetings of the Chemical Weapons Convention and the nuclear Nonproliferation Treaty.

At the outset of the Geneva meeting, the United States refused to accept Venezuela as a vice-chair because of its humanitarian, economic and political crisis, in addition to its non-payment of dues to the BWC. As a result, the meeting proceeded “on an exceptional basis” without any vice-chairs. This upset Venezuela and a number of members of the Non-Aligned Movement. In addition, the United States challenged the status of the “State of Palestine” as a BWC state-party.

A Dec. 5 statement endorsed by 15 nongovernmental organizations and 27 individuals warned that the BWC is “in a precarious state” due to the financial and political issues. Nevertheless, the group noted the substantive discussions held at the 2018 BWC experts meeting and said that states should focus on governance mechanisms to prevent scientific advances that could undermine the norm against biological weapons.

(Article has been corrected to remove a reference to Venezuela as a "rogue state.")