With the Mine Ban Treaty approaching its 20th anniversary in March, delegates to the annual meeting of states-parties in November welcomed progress on many treaty requirements and again “condemned the use of anti-personnel mines by any actor” as they reaffirmed their “aspiration to meet the goals of the [treaty] to the fullest extent possible by 2025.” 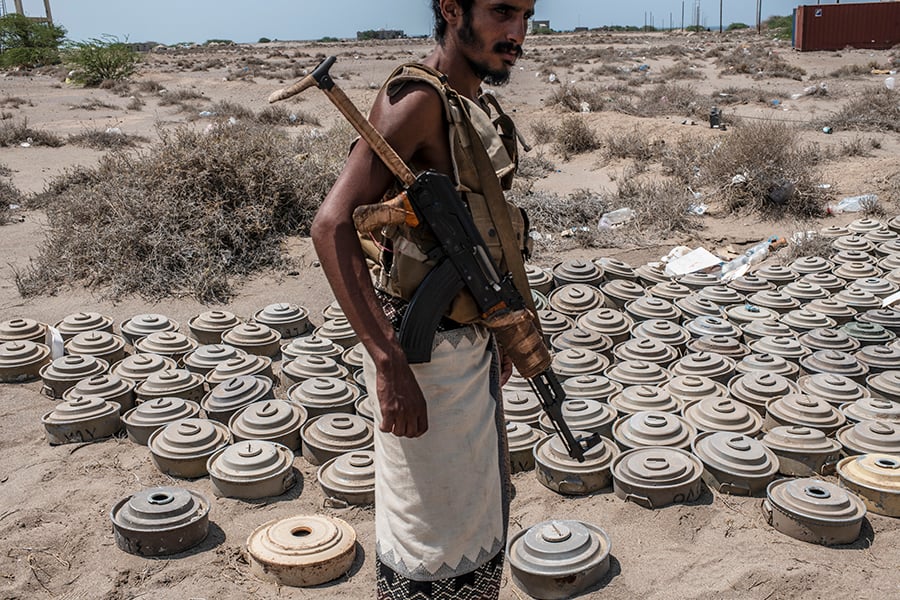 According to the “Landmine Monitor” report, only one country could be confirmed to have used landmines in the previous year, which was Myanmar, a state not among the 164 parties to the treaty. Nonstate armed groups used mines in at least eight countries, frequently employing improvised devices, according to a report from the International Campaign to Ban Landmines released just prior to the Nov. 26–30 meeting in Geneva. For the third year in a row, the report also identified atypically high numbers of casualties due to landmines, cluster munition remnants, and other remnants of war. Of 7,239 casualties recorded in 2017, more than 4,200 occurred in Afghanistan and Syria, and more than 2,700 casualties worldwide were due to improvised mines.

The November meeting celebrated declarations from Mauritania that it had completed landmine clearance and from Oman that it had finished destroying its landmine stockpile, steps required under the treaty. The report also noted that international support to efforts to prevent and address problems due to mines reached a record $670 million in 2017.—JEFF ABRAMSON