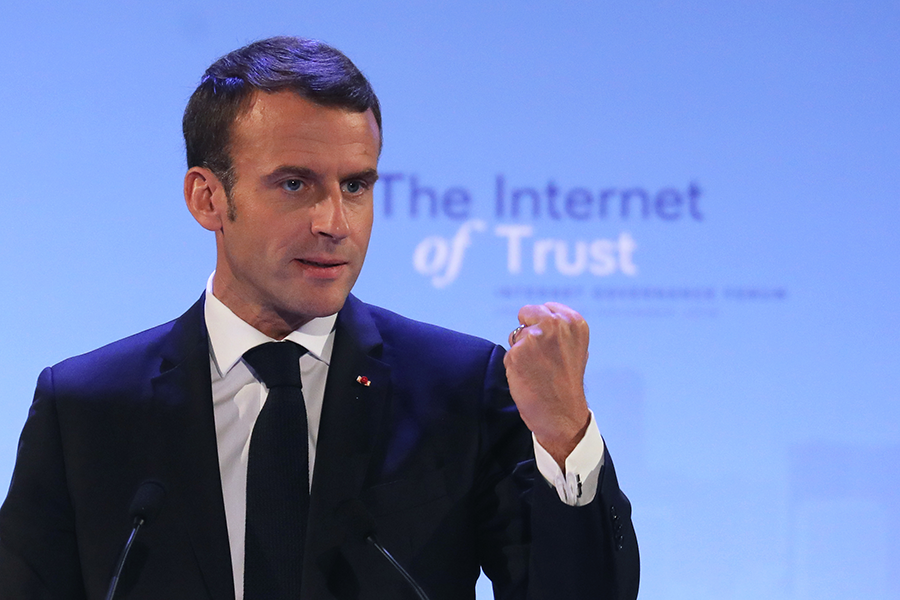 The United States, alongside countries such as China, Iran, and Israel, and Russia did not sign a broad statement of cybersecurity principles unveiled by French President Emmanuel Macron at the Internet Governance Forum sponsored by the UN Educational, Scientific and Cultural Organization in Paris on Nov. 12. The principles, titled “Paris Call for Trust and Security in Cyberspace,” were signed by 51 countries, including all states of the European Union, as well as more than 130 companies and 90 universities and nongovernmental organizations. The document was hailed by supporters as a potential framework for a “digital Geneva Convention” and, despite the lack of participation by the United States, has had the support of U.S. powerhouse companies such as Microsoft, Google, Facebook, HP, and IBM.

The principles are an outline that urges states to protect civilians, to refrain from using cyberattacks indiscriminately, and to strengthen capabilities to prevent malign activities such as digital manipulation of elections and theft of business information. It encourages cooperation among governments and private entities to promote a safer cyberspace. Despite the broad language, some countries, such as the United States, are reluctant to limit their cyberweapons options. The principles will be followed by further talks on the subject at the 2019 Paris Peace Forum and the 2019 Berlin Internet Governance Forum.—SHERVIN TAHERAN