Next month, it is very likely the Trump administration will take the next step toward fulfilling the president’s threat to “terminate” one of the most far-reaching and most successful nuclear arms reduction agreements: the 1987 Intermediate-Range Nuclear Forces (INF) Treaty, which led to the verifiable elimination of 2,692 Soviet and U.S. missiles based in Europe. The treaty helped bring an end to the Cold War and paved the way for agreements to slash bloated strategic nuclear arsenals and to withdraw thousands of tactical nuclear weapons from forward-deployed areas. 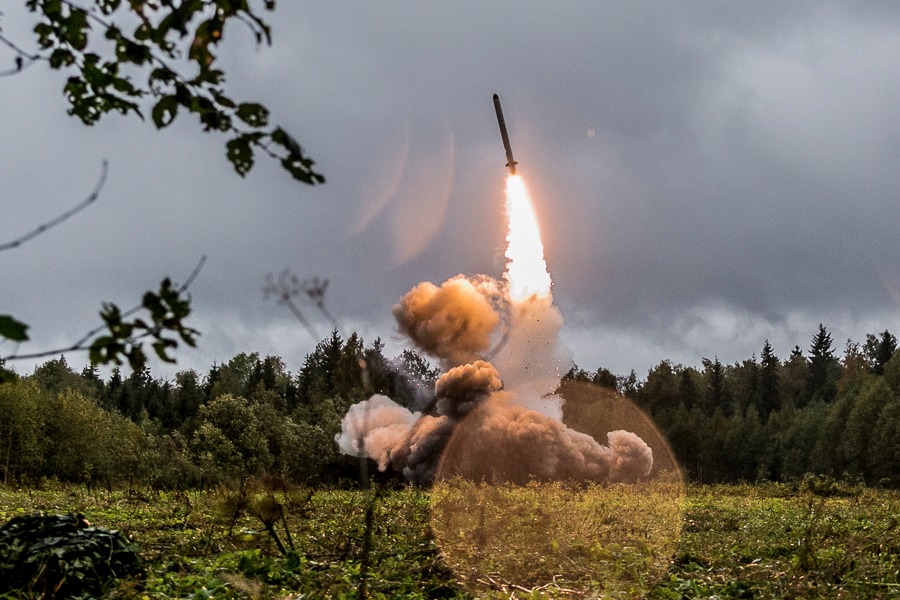 On Dec. 4, U.S. Secretary of State Mike Pompeo declared that Russia had fielded a ground-launched missile system, the 9M729, that exceeds the INF Treaty’s 500-kilometer range limit. He also announced that, in 60 days, the administration would “suspend” U.S. obligations under the treaty and formally announce its intention to withdraw in six months unless Russia returns to compliance. Suspension will allow the administration to try to accelerate the development of new missiles currently prohibited by the treaty.

Noncompliance with the treaty is unacceptable and merits a strong response. But Trump’s public declaration that he will terminate the treaty and pursue new U.S. nuclear capabilities will not bring Russia back into compliance with the INF Treaty. Worst of all, blowing up the INF Treaty with no substitute plan in place could open the door to a dangerous new era of unconstrained military competition with Russia.

Without the treaty, already severe tensions will grow as Washington considers deployment of new intermediate-range missiles in Europe and perhaps elsewhere and Russia considers increasing 9M729 deployments and other new systems.

These nuclear-capable weapons, if deployed again, would be able to strike targets deep inside Russia and in western Europe. Their short time-to-target capability increases the risk of miscalculation in a crisis. Any nuclear attack on Russia involving U.S. intermediate-range, nuclear-armed missiles based in Europe could provoke a massive Russian nuclear counterstrike on Europe and on the U.S. homeland.

In delivering the U.S. ultimatum on the treaty, Pompeo expressed “hope” that Russia will “change course” and return to compliance. Hope that Russia will suddenly admit fault and eliminate its 9M729 system is not a serious strategy, and it is not one on which NATO leaders can rely.

Instead, NATO members should insist that the United States and Russia redouble their sporadic INF Treaty discussions, agree to meet in a formal setting, and put forward proposals for how to resolve issues of mutual concern about the treaty.

Unfortunately, U.S. officials have refused thus far to take up Russia’s offer to discuss “any mutually beneficial proposals that take into account the interests and concerns of both parties.” That is a serious mistake. Failure by both sides to take diplomatic engagement more seriously since the 9M729 missile was first tested five years ago has bought us to this point.

Barring an unlikely 11th-hour diplomatic breakthrough, however, the INF Treaty’s days are numbered. Doing nothing is not a viable option.

With the treaty possibly disappearing later this year, it is not too soon to consider how to head off a dangerous and costly new missile race in Europe.

One option would be for NATO to declare, as a bloc, that none of them will field any INF Treaty-prohibited missiles or any equivalent new nuclear capabilities in Europe so long as Russia does not field treaty-prohibited systems that can reach NATO territory. This would require Russia to remove those 9M729 missiles that have been deployed in western Russia.

This would also mean forgoing Trump’s plans for a new ground-launched, INF Treaty-prohibited missile. Because the United States and its NATO allies can already deploy air- and sea-launched systems that can threaten key Russian targets, there is no need for such a system. Key allies, including Germany, have already declared their opposition to stationing new intermediate-range missiles in Europe.

In the absence of the INF Treaty, another possible approach would be to negotiate a new agreement that verifiably prohibits ground-launched, intermediate-range ballistic or cruise missiles armed with nuclear warheads. As a recent United Nations Institute for Disarmament Research study explains, the sophisticated verification procedures and technologies already in place under the 2010 New Strategic Arms Reduction Treaty (New START) can be applied with almost no modification to verify the absence of nuclear warheads deployed on shorter-range missiles.

Such an approach would require additional declarations and inspections of any ground-launched INF Treaty-range systems. To be of lasting value, such a framework would require that Moscow and Washington agree to extend New START, which is now scheduled to expire in 2021.

The INF Treaty crisis is a global security problem. Without serious talks and new proposals from Washington and Moscow, other nations will need to step forward with creative and pragmatic solutions that create the conditions necessary to ensure that the world’s two largest nuclear actors meet their legal obligations to end the arms race and reduce nuclear threats.