Stanislav Petrov, a little-known Russian whose decision averted a potential nuclear war, died in May at 77, a family friend disclosed in mid-September. 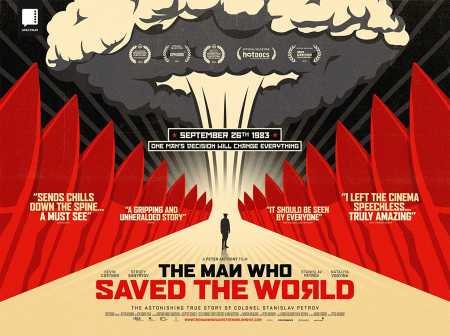 As a lieutenant colonel in the Soviet Air Defense Forces, Petrov was on duty Sept. 26, 1983, when the early-warning satellite system he was monitoring detected what appeared to be five approaching U.S. nuclear-armed intercontinental ballistic missiles. Petrov was faced with a critical choice that had to be made immediately: treat the warning as a false alarm or alert his superiors, who likely would launch a counterattack. Petrov went with false alarm, later explaining he reasoned that if the United States really were to start a nuclear war, it would do so with more than five missiles. He was correct. The satellites had mistaken the reflection of sun off clouds for attacking missiles.

Petrov’s decision was all the more remarkable because it occurred during a particularly tense period, shortly after the Soviet Union had shot down a civilian Korean jetliner that had passed over its territory, killing all 269 passengers and crew. Rather than being praised, Petrov was reprimanded for allegedly faulty documentation during the key moments. Soviet officials treated the incident as a secret, which it remained until well after the collapse of the Soviet Union. In recent years, Petrov received international praise, earning the 2013 Dresden Peace Prize and a 2006 award from the Association of World Citizens. A 2014 documentary, “The Man Who Saved the World,” told his story.

In response to news of Petrov’s death, Rep. Adam Schiff (D-Calif.) tweeted, “Times of nuclear tension call for careful restraint. You may not know Stanislav Petrov, but at height of the Cold War, he saved the world.”—ALICIA SANDERS-ZAKRE