A supermajority of UN member states is set to begin negotiations early next year on a treaty to prohibit nuclear weapons amid uncertainty about how long the talks will last; the content of the new instrument, as well as other legal and technical issues; and how many states that rely on nuclear deterrence for their security will participate.

On Oct. 27, by a vote of 123-38 with 16 abstentions, the UN General Assembly First Committee, which deals with nuclear disarmament issues, adopted a landmark resolution “to convene in 2017 a UN conference to negotiate a legally binding instrument to prohibit nuclear weapons, leading towards their total elimination.” (See ACT, November 2016.) 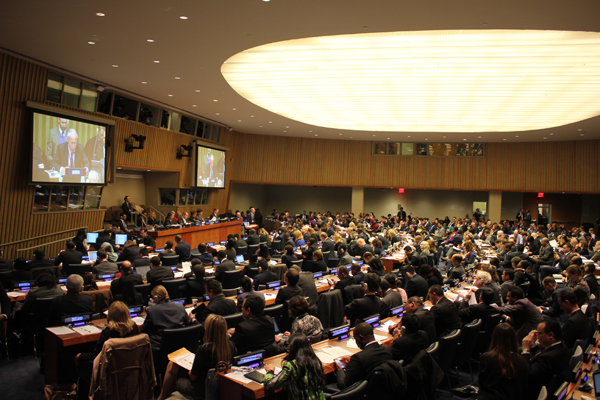 Jorge Lomónaco, the permanent representative of Mexico to the UN and other international organizations in Geneva, told the attendees at the 2016 EU Non-Proliferation and Disarmament Conference on Nov. 3 that he “was pleasantly surprised at the level of support to the resolution.” Mexico co-sponsored the resolution with Austria, Brazil, Ireland, Nigeria, and South Africa.

The resolution calls for a one-day organizational meeting to be held in New York “as soon as possible,” followed by two negotiating sessions, March 27-31 and June 15-July 7.

A four-week period is not long, as supporters acknowledge. In a Nov. 22 email to Arms Control Today, Thomas Hajnoczi, Austria’s permanent representative to the UN Office at Geneva, said that “negotiating a legally binding norm to prohibit nuclear weapons is a major endeavor in the course of which many important political and legal issues will have to [be] decided.”

“Creating this lasting legal norm might take more time than the four weeks foreseen in 2017,” he added.

A major initial hurdle is the lack of consensus on what the treaty should prohibit. The final report of an open-ended working group that met in Geneva this year and served as the basis for the First Committee resolution suggested 21 notional elements that could be contained in a new instrument. (See ACT, September 2016.) These include prohibitions in the categories of acquisition and possession, use or the threat of use, development and production, deployment, visitation and transit, fissile material production, and military cooperation with another nuclear-armed state.

Participating states may also seek to address other technical and legal issues not mentioned in the working group report, such as procedures for accession to the treaty and enforcement measures.

If the negotiations cannot be concluded in four weeks, it remains to be seen whether the participants will seek a mandate to continue the talks at next year’s UN General Assembly.

The First Committee approved the resolution despite aggressive lobbying by nuclear-armed powers France, Russia, the United Kingdom, and the United States, which opposed the measure and have said they will not participate in such treaty negotiations. As a group, however, the nuclear-armed nations were divided on the resolution. 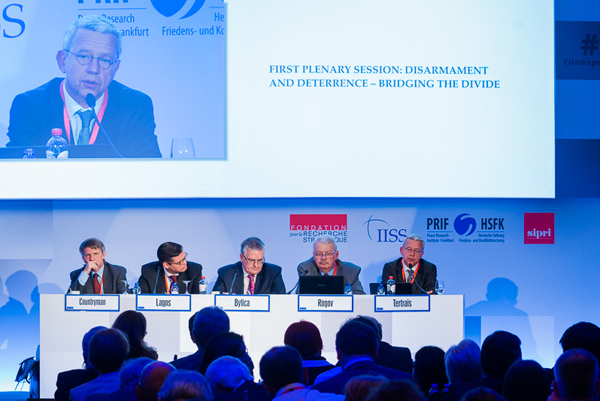 Thomas Countryman, the acting U.S. undersecretary of state for arms control and international security, said at the Nov. 3 EU conference that the United States opposes the commencement of talks to ban nuclear weapons because the process would not help move disarmament efforts forward.

He said that the United States would instead “continue to invest [its] energy” in more practical and realistic approaches, such as addressing the growing North Korean nuclear threat, pushing for negotiations on a treaty to halt the production of fissile material, ratifying the Comprehensive Test Ban Treaty, and pursuing further nuclear weapons reductions and improving strategic stability.

Countryman expressed concern that negotiations on a ban treaty would distract attention from the pursuit of these steps and make “all the other work in the world” on weapons of mass destruction and nuclear-related issue “more difficult.”

Lomónaco responded to Countryman’s comments by noting that supporters of the ban treaty “consider a prohibition treaty a step—a major one, but nevertheless a step” and “not an end in itself.”

In an unexpected move, China abstained on the resolution, making it the lone permanent member of the UN Security Council not to oppose the measure.

Other nuclear-armed states took varied positions. India and Pakistan abstained, North Korea voted yes, and Israel, which does not officially acknowledge having nuclear weapons, voted no.

In an Oct. 28 statement explaining India’s vote, D.B. Venkatesh Varma, permanent representative of India to the CD, said India is “not convinced” that the proposed negotiations in 2017 “can address the longstanding expectation of the international community for a comprehensive instrument on nuclear disarmament.” India has yet to say whether it will participate in the negotiations on a ban treaty.

The resolution was opposed by nearly every U.S. treaty ally in Europe and Asia, often labeled “umbrella states” because they rely on the U.S. nuclear arsenal to help protect them.

The sole exception was the Netherlands, which abstained. Dutch Foreign Minister Bert Koenders said after the vote that the Netherlands “sincerely supports a ban on nuclear weapons” but that there were problems with the resolution, according to Dutch broadcaster NOS. The lower house of the Dutch parliament had pressed the government to support the resolution. The Netherlands is planning to participate in the negotiations next year, according to a Nov. 17 message on Twitter from the International Campaign to Abolish Nuclear Weapons.

Meanwhile, although Japan voted against the resolution, Japanese Foreign Minister Fumio Kishida said at an Oct. 28 press conference that he believes Japan should take part in the talks.

Hellmut Lagos, alternate representative of Chile to the CD, told the EU conference that the “voting patterns” on the resolution “are extremely interesting.” He said that he expected that “many countries that abstained or even voted against” the resolution “will consider” participating.