– Gary Samore
Former White House Coordinator for Arms Control and WMD Terrorism
Iran: A Precarious Outlook for a Landmark Accord

It was President Barack Obama’s 2009 Prague speech that set the tone for his utopian vision of a world without nuclear weapons. As part of this vision, he sought to ensure that Iran would not go nuclear. Obama also set diplomacy and dialogue as his administration’s main foreign policy tools. With the 2015 Iran nuclear deal, he accomplished both aims. Today, the Joint Comprehensive Plan of Action curbs Iran’s nuclear program and prevents it from dashing for the bomb. In his Prague speech, Obama declared that his administration would use dialogue “based on mutual interests and mutual respect” to prevent a nuclear-armed Iran. The 2010 U.S. Nuclear Posture Review reiterated that bolstering the global nuclear nonproliferation regime and curbing Iran’s nuclear ambitions were at the top of his administration’s agenda. 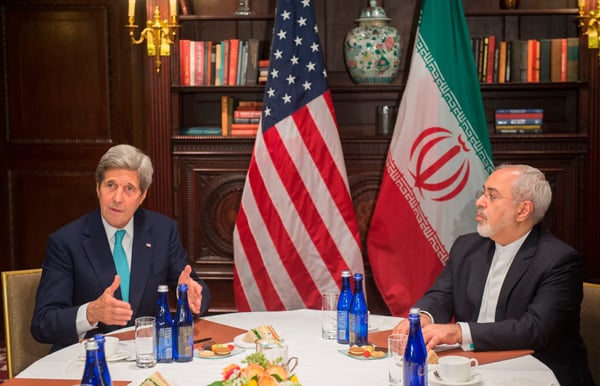 Obama’s first major milestone toward that end was to open direct talks between Iranian and U.S. officials in Oman. Supreme Leader Ayatollah Ali Khamenei agreed to the talks in 2011, but it was only in 2013 that they began to gain traction, with reportedly nine or 10 secret meetings between March and November 2013. This initiative made dialogue between Iran and the United States the norm rather than the exception.

The Obama administration also recognized the state of affairs: Iran had an extensive uranium-enrichment program that it would not simply give up. Tehran did not want a deal badly enough for that. In a push to find mutually acceptable grounds for a deal, U.S. officials explored whether acceptance of limited enrichment on Iranian soil would persuade Iran to address the desires of the United States and its P5+1 negotiating partners (China, France, Germany, Russia, and the United Kingdom) for an accord that blocks all Iranian pathways to the bomb. This made negotiations on a final agreement possible.

Unilateral and multilateral sanctions were intended to punish Iran for its activities. Yet, the Obama administration began to view sanctions as a negotiating tool rather than an end unto itself. In other words, the U.S. administration earnestly explored using the threat of further sanctions and, perhaps more importantly, the carrot of sanctions relief as a bargaining tool to win Iranian concessions. Although the United States was still severely constrained because of the need for congressional approval to remove existing sanctions, this change in approach allowed the P5+1 to get greater concessions from Iran on its nuclear program.

Another noteworthy achievement of the Obama administration is the building of a working relationship on multiple levels, including the highest levels of government, after 35 years without dialogue between the United States and Iran. U.S. officials leveraged this channel to diffuse non-nuclear crises. In January 2016, the Iranian Revolutionary Guards navy seized two U.S. Navy patrol boats as they entered Iranian territorial waters in the Persian Gulf. The new direct channel between the United States and Iran allowed Secretary of State John Kerry to call Foreign Minister Mohammad Javad Zarif directly in order to swiftly negotiate the sailors’ release. Channels between the United States and Iranian security organizations allowed both countries to successfully negotiate a prisoner swap, which saw Iran release four American-Iranian prisoners, including Washington Post reporter Jason Rezaian.

The nuclear agreement ensures that Iran’s potential pathways to the bomb are effectively blocked and its nuclear program is subject to the most intrusive verification measures to date. It was a success for dialogue and diplomacy. Yet with the victory of President-elect Donald Trump, who campaigned on a pledge to scrap what he labeled a “disastrous deal,” the durability of Obama’s most significant nonproliferation accomplishment is potentially at risk.

Dina Esfandiary is a MacArthur Fellow at the Centre for Science and Security Studies at King’s College London.