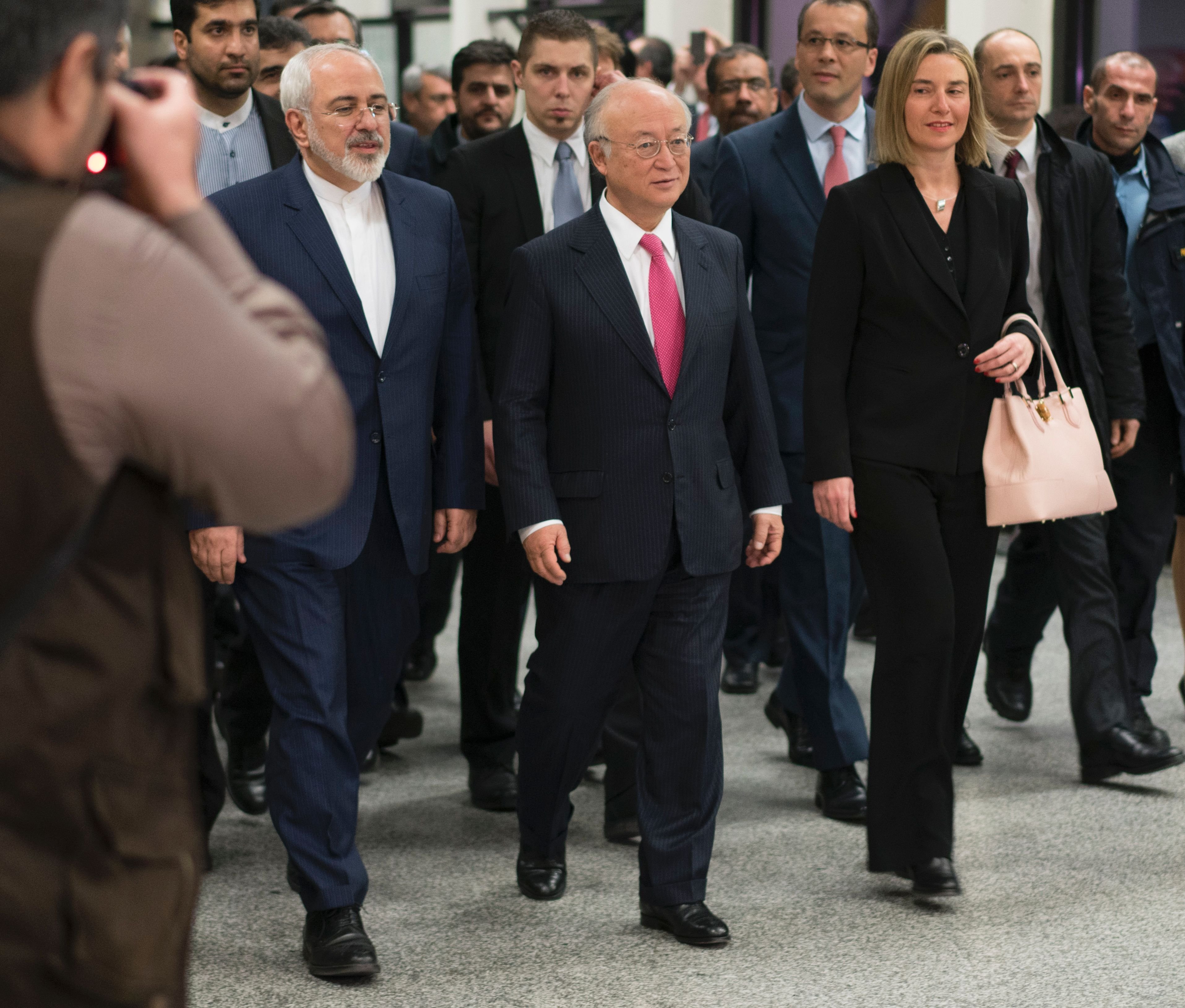 Iran and six world powers in January passed a critical point in the implementation of the nuclear deal they reached last July as the international agency in charge of ensuring that nuclear programs are exclusively peaceful verified that Tehran had met its obligations under the deal to curb its nuclear activities.

Iranian Foreign Minister Mohammad Javad Zarif and EU foreign policy chief Federica Mogherini announced on Jan. 16 in Vienna that the International Atomic Energy Agency (IAEA) had issued a report verifying that Iran had taken the necessary steps. Under the timetable laid out in the deal, that announcement triggered an easing of the web of sanctions that had been imposed on Iran for its nuclear activities.

Mogherini led the six countries known collectively as the P5+1 (China, France, Germany, Russia, the United Kingdom, and the United States) that negotiated with Iran.

The IAEA report noted that Iran had taken steps required under the deal, such as reducing the number of centrifuges enriching uranium to 5,060, shipping out its enriched uranium in excess of 300 kilograms, removing the core of its incomplete heavy-water reactor at Arak, and allowing the agency to enhance its monitoring of Iran’s nuclear facilities.

On Implementation Day, as it is called, nuclear-related sanctions on Iran imposed by the United Nations, the European Union, and the United States were lifted or waived. Past UN Security Council resolutions on Iran were also terminated and replaced by UN Security Council Resolution 2231. The resolution, which the council unanimously approved on July 20, endorsed the July 14 nuclear deal, formally known as the Joint Comprehensive Plan of Action.

In the Jan. 16 statement, Zarif and Mogherini said that “all sides remain firmly convinced that this historic deal is both strong and fair, and that it meets the requirements of all; its proper implementation will be a key contribution to improved regional and international peace, stability and security.”

In a Jan. 17 speech, U.S. President Barack Obama said that, under the deal, “Iran will not get its hands on a nuclear bomb. The region, the United States, and the world will be more secure.”

Iranian President Hassan Rouhani said in a Jan. 17 statement that, with the arrival of Implementation Day, “Iran’s nuclear rights have been accepted by all and the Iranian economy became a global one.”

In testimony on Feb. 9 to the Senate Select Committee on Intelligence, Director of National Intelligence James Clapper said that, as a result of the enhanced monitoring and verification, the international community “is well postured to quickly detect changes to Iran’s declared nuclear facilities” and that the deal provides the IAEA with tools to “investigate possible breaches of prohibitions” in the agreement.

Iran and the P5+1 will continue to work on a number of additional provisions required under the deal. One of these measures is modifying the heavy-water reactor at Arak and fitting it with a new core.

The redesigned reactor will still produce medical isotopes but far less weapons-grade plutonium than it would have under its original design.

Behrouz Kamalvandi, spokesman for the Atomic Energy Organization of Iran, said on Jan. 26 that Iran and China had signed a basic agreement to formalize China’s assistance in redesigning the Arak reactor during Chinese President Xi Jinping’s visit to Iran the previous week.

In the United States, members of Congress expressed support for funding IAEA efforts under the Iran deal. In a Feb. 8 letter to Obama, Rep. Bill Foster (D-Ill.) and 34 other members of the House of Representatives called for “robust funding” for the IAEA in the fiscal year 2017 budget. The letter said that providing the agency with the necessary funding to fulfill its responsibilities puts Washington “one step closer to achieving our ambitious goals for global non-proliferation.”

IAEA Director-General Yukiya Amano estimated in August that implementation of the IAEA’s obligations under the Iran deal would cost an additional 9.2 million euros (about $10.1 million).

Amano said that the additional costs for fiscal year 2016 would need to be met by extrabudgetary contributions but that for 2017 and beyond, they would be built into the IAEA budget.

The U.S. contribution to the IAEA comes primarily from the budget of the State Department. 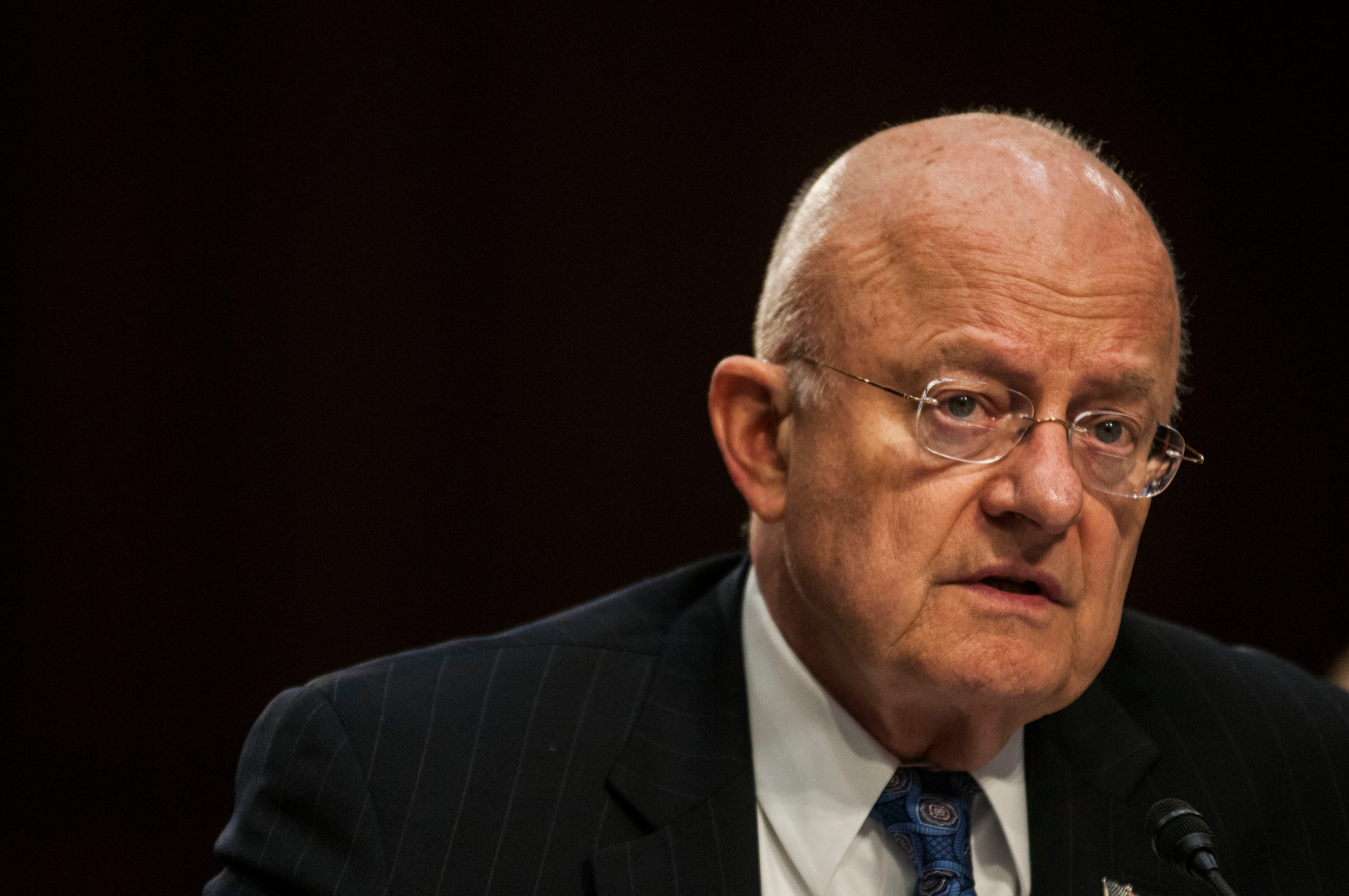 A State Department official told Arms Control Today in a Feb. 11 email that the voluntary contribution includes planning for the United States to “pledge a significant share” of the estimated costs of IAEA activities under the nuclear deal. The official said that the “full costs” will not fall to the United States for fiscal year 2017 because of “strong international support and recent contributions” by other IAEA member states.

The official said that the State Department estimates that the U.S. voluntary contribution plus the support pledged by other IAEA member states will “fully cover” the IAEA’s financial requirements for implementing the Iran deal in 2017.

A spokesperson for the Energy Department’s National Nuclear Security Administration (NNSA) said in a Feb. 18 email that a total of $13 million in the NNSA budget was requested for “activities related to implementation” of the nuclear deal.

Nuclear-capable ballistic missiles are generally understood to be missiles capable of delivering 500 kilograms a distance of more than 300 kilometers. Resolution 1929, which the Security Council adopted in 2010, was terminated on Jan. 16 as part of Implementation Day, but the United States went ahead with the sanctions because the violations took place last fall.

Under Resolution 2231, the resolution adopted shortly after the deal was concluded, Iran is “called upon” not to test or develop ballistic missiles “designed” to be nuclear capable.

Iran’s defense minister, Brig. Gen. Hossein Dehqan, said on Jan. 18 that Iran’s missile program will continue undeterred despite the new sanctions. A statement from the Iranian Foreign Ministry said that the missiles are not designed for carrying nuclear weapons and therefore missile tests “do not violate any international rule.”

But Iranian officials say that Tehran intends to voluntarily constrain the range of its ballistic missiles. Abbas Qaidaari, director of the Defense and Security Studies Department at the Center for Strategic Studies in the Office of the Iranian President, wrote in a Feb. 11 piece for the Atlantic Council that “Iran’s strategic defense plan currently sees no justification” for ranges greater than 2,000-2,300 kilometers. Qaidaari said that although Tehran is committed to developing its “deterrent conventional defense capabilities,” it will limit its ballistic missiles to that range.

The tests last fall involved variants of the Shahab-3 ballistic missile. The Shahab-3 is a medium-range system with a range of less than 2,000 kilometers.