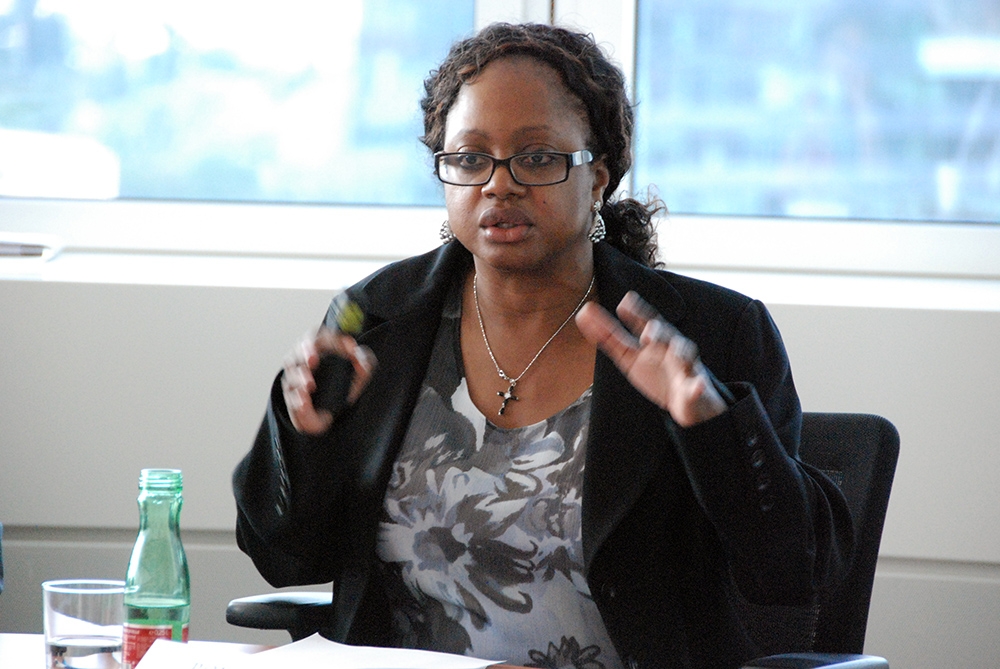 A global initiative set up to prevent the spread of nonconventional weapons is poised to take on some of the work from the nuclear security summits, which will end this year, a senior U.S. official said in December.

Bonnie Jenkins, the State Department’s coordinator for threat reduction programs, said in a Dec. 21 interview that at a December meeting in Kazakhstan, representatives from countries participating in the summit process were on their way to agreeing on an action plan to be submitted to leaders for approval at the March 31-April 1 nuclear security summit in Washington. The Global Partnership Against the Spread of Weapons and Materials of Mass Destruction will continue some of the summit work on securing nuclear and radiological materials worldwide.

The Global Partnership, set up in 2002 by the Group of Eight (G-8) industrial countries, currently is comprised of 29 countries. Jenkins is the U.S. representative to the partnership.

Continuing the work of the nuclear security summits, which are an initiative of President Barack Obama to secure weapons-usable material worldwide that began in 2010 and will end with the March 31-April 1 meeting, is part of the expanded mandate that members of the partnership approved in 2011.

Ensuring continuity of the nuclear security summits’ work is a primary task for the states participating in that process as they prepare for this year’s summit.

An official familiar with a December draft of the Global Partnership’s action plan for continuing summit work said in a Feb. 1 email that the plan focuses on a number of areas designed to enhance national nuclear security regimes, including assisting and coordinating activities that reduce insider threats, providing assistance for enhancing security of radioactive sources, and coordinating programs and exercises on activities to counter nuclear smuggling.

The official also said that the final version of the action plan could include language on support for consolidation and disposal of nuclear nuclear materials and assistance in upgrading capabilities in nuclear forensics.

Unlike the summits, which had a global focus, the partnership initially concentrated primarily on projects in the former Soviet Union. With the decision to expand the scope of the work and the geographic focus in 2011, Canada proposed a dedicated working group on nuclear and radiological security to ensure that the progress from the nuclear security summits would be carried out on the ground in a “comprehensive manner and would continue after the summits end,” a Canadian official said in a Dec. 15 interview.

The partnership subsequently established that working group, along with groups on biological security, chemical security, and other issues.

The official said Ottawa proposed the nuclear and radiological group because Canada saw a need for a “more coordinated and strategic approach” to enhancing nuclear material security after the decision to extend the partnership in 2011.

Jenkins said that continuing the work of the summits should be the primary focus of this working group.

Canada proposed that the working group initially concentrate on areas such as physical protection of nuclear and radiological materials, strengthening of information security, prevention of illicit nuclear trafficking, and enhancement of nuclear security culture, the Canadian official said, noting that all of these areas are summit priorities.

When the working group first met in 2013, the United Kingdom, which was chairing the group, decided to emphasize three principles, a UK official told Arms Control Today in a Dec. 17 email. He said the working group decided to operate on a “matchmaking” principle, meaning it would “connect expertise and funding with needs.” Complementing the work of existing organizations and projects and focusing on the target areas listed by Canada in the proposal, particularly enhancing nuclear security culture, also were priorities, he said.

Since the initial meeting in 2013, the nuclear and radiological working group has carried out a number of projects using the matchmaking principle. These projects were detailed in the most recent comprehensive listing of the partnership’s activities.

Sweden funded more than a dozen projects in Ukraine and Russia in 2013. These projects included enhancing physical protection at a Russian shipyard, training Ukrainian border guards, and assisting in establishing a national Ukrainian database for radioactive sources.

Canada funded a regional workshop for Central American countries in August 2013 that focused on the security of radioactive sources. Japan provided support for several workshops on nonproliferation and the peaceful uses of nuclear energy in several countries including Jordan, Turkey, and Vietnam.

The United States, working with the IAEA, is funding an ongoing project to assist countries in the Middle East and North Africa in developing nuclear and radiological regulatory regimes. Another U.S.-funded project is working on radiation safety and a U.S.-Russian monitoring regime for shut-down plutonium production reactors in Russia.

Japan currently chairs the nuclear and radiological working group and will set the priorities for the group in 2016. Japan also took over as chair of the entire Global Partnership from Germany in January.

Jenkins said the partnership “has a full plate” and should therefore focus on strengthening and sustaining its current agenda, including the action plan from the upcoming nuclear security summit, rather than adding new priorities. 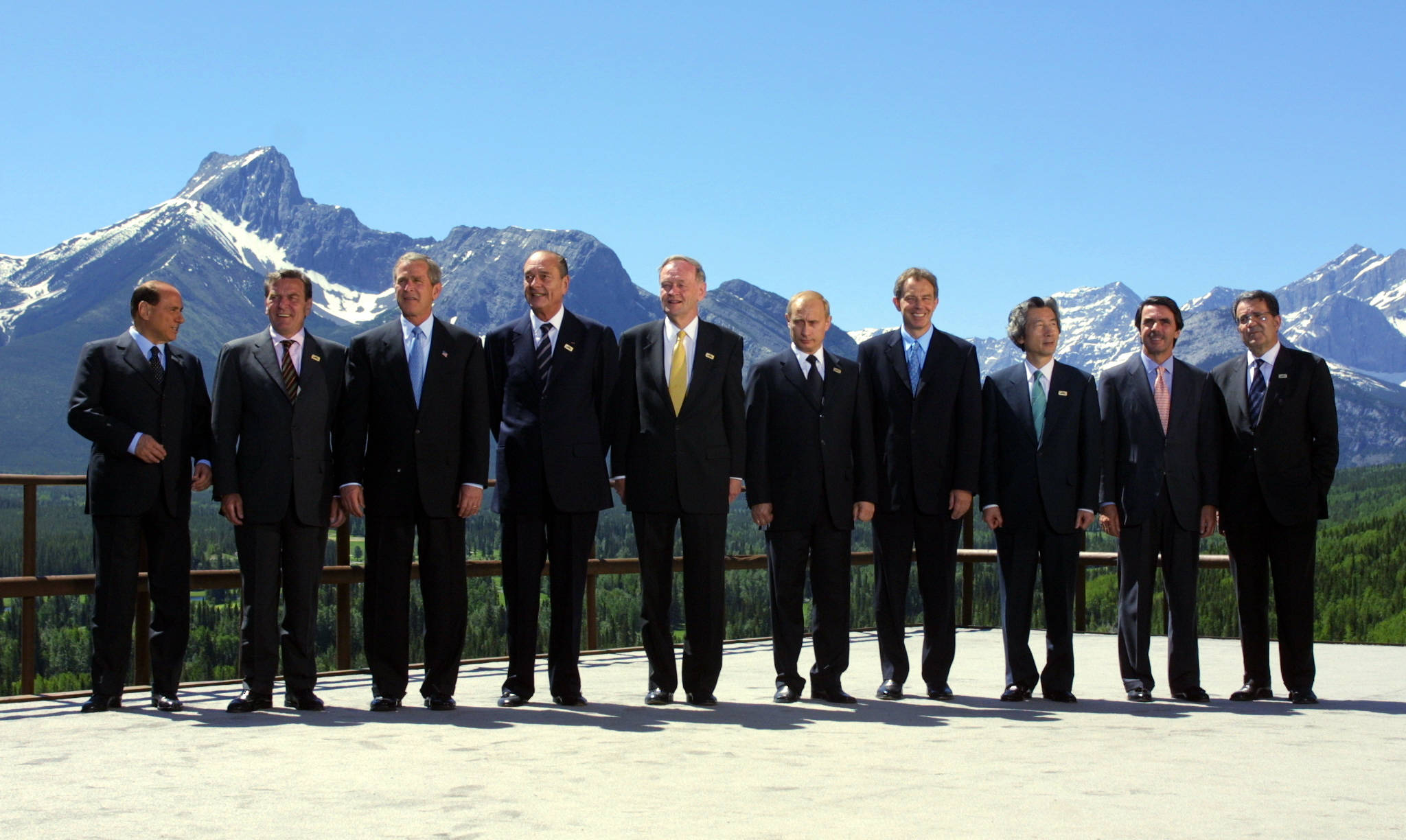 The United States and Italy chair a working group focused on “centers of excellence” that is also involved with the nuclear security agenda. The centers serve as institutions for training individuals on a wide range of WMD-related security concerns.

For that reason, the working group also works on implementing UN Security Council Resolution 1540. Passed in 2004, the resolution requires states to take steps to prevent the spread of WMD materials, technologies, and delivery vehicles, particularly to nonstate actors.

Jenkins said that implementing Resolution 1540 was part of the expanded mandate of the partnership but, until now, little work had been done in this area.

She said that in January the working group would meet in Tokyo to consider how it can support projects designed to implement obligations under the resolution and support the planned review conference on Resolution 1540, which is to take place in the winter of 2017.

Jenkins said the biological security working group, which was the first one formed after the 2011 expansion decision, is heavily involved with the Global Health Security Agenda. That initiative is designed to help prevent the spread of infectious diseases worldwide and promote global health security.

In 2014, countries participating in the global health effort agreed on 11 “action packages” to achieve these goals. The partnership is heavily involved in implementing a few of the action packages, particularly the package on biosecurity and biosafety, Jenkins said.

The goals of the package include ensuring that pathogens are transferred safely, personnel are trained to mitigate the deliberate or accidental use of pathogens, and dangerous pathogens are identified, secured, and monitored in a minimal number of facilities.

Jenkins noted that all of the work done to destroy the chemical weapons removed from Syria was done by Global Partnership countries.

A fifth working group, chaired by Canada and the Netherlands, is focused on bringing new member states into the partnership. The most recent additions to the partnership are Chile, Hungary, and Portugal.

Jenkins said that a number of countries have expressed interest in joining the initiative and that the partnership is particularly looking to add members from Africa and the Middle East. Neither region is currently represented.

Russia’s participation in the partnership ended when the other members of the G-8 suspended Moscow’s membership in 2014 in response to the Russian annexation of Crimea. Jenkins said Russia’s absence is unfortunate but that the partnership continues to make strides in its work.