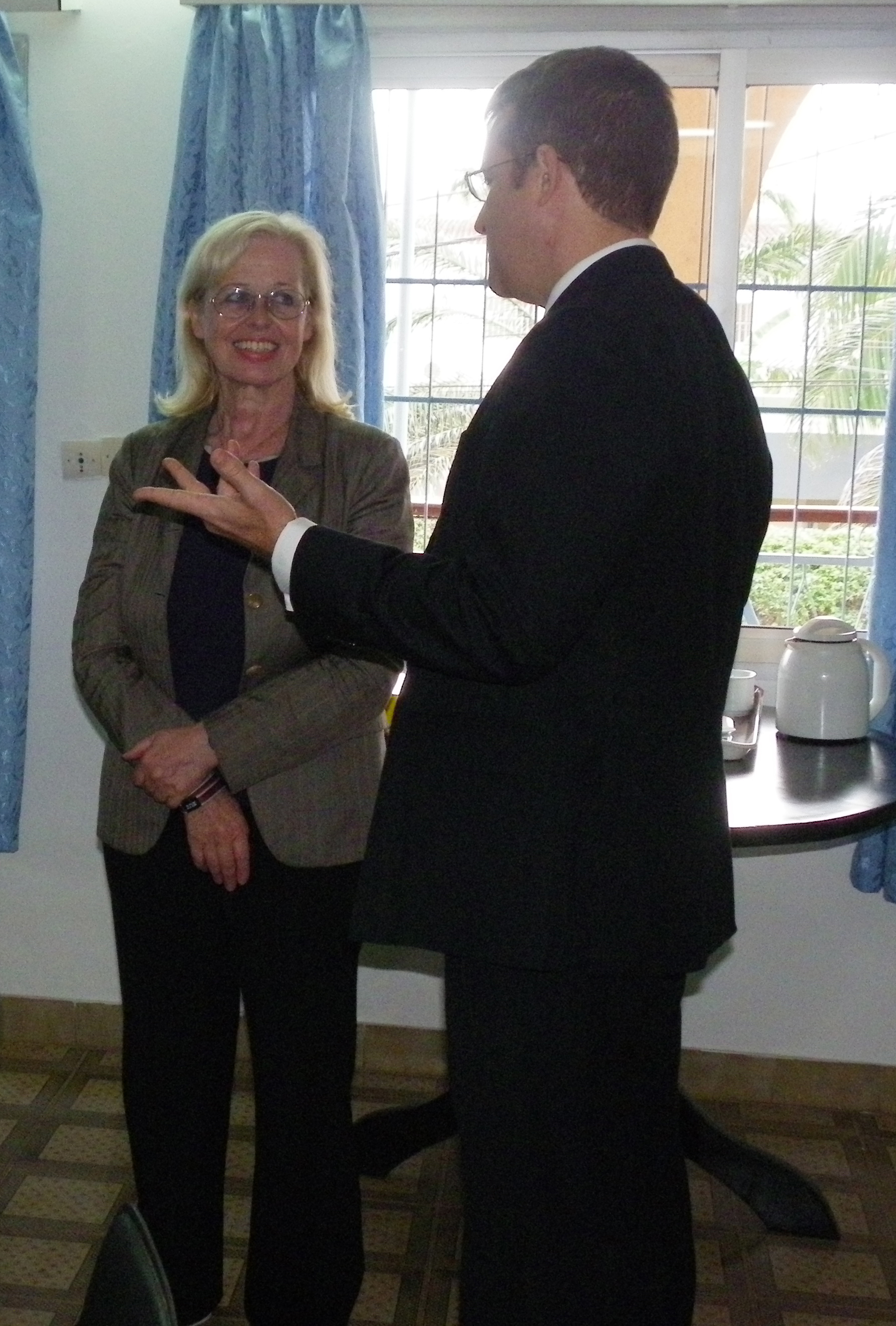 Gabriele Kraatz-Wadsack started out studying veterinary medicine, specializing in microbiology, and ended her career as a senior official with the UN Office for Disarmament Affairs, from which she retired last year. She led numerous monitoring and verification inspection missions in Iraq in the 1990s, worked on bioterrorism prevention and response at the Robert Koch Institute in Berlin, and served as scientific and policy adviser on disarmament and nonproliferation issues at the German Federal Foreign Office.

Kraatz-Wadsack spoke to Arms Control Today on Feb. 11 from her home in New York. The interview, which was conducted by Daniel Horner, has been edited for length and clarity.

As you pursued your studies, did you think about arms control, international security issues as something of interest, or was it essentially a fluke of your career path that you ended up this way?

Well, I’m always a very curious person. So I think the first step was that while I studied veterinary medicine, my professor in microbiology said I should continue to do my dissertation in microbiology. And then I joined the armed forces, which was definitely not in my plan for life originally. But there was interesting work in microbiology, and I joined the military. And that linked me more into the defense area. And then it’s the [field of] arms control and disarmament. It was step by step, more by chance than a planned career. You have setbacks, but I think it’s really rewarding work.

During the inspections in Iraq, did you encounter any particular difficulties from the Iraqis or from your colleagues or from anyone else because you’re a woman?

Never, no. This was interesting to me as well. Iraq at that time was very secular. Some of my counterparts were women, and the main person in the biological weapons program was a woman. She, Dr. Rihab Taha, was the one I met most of the time, and she was the one in charge for the biological weapons program. At least, that’s what the Iraqis told us. But she was always there, and she was explaining how she produced anthrax and botulinum toxin. I was chief inspector, and my Iraqi counterparts treated me normally, neutrally, I would say.

How would biological weapons inspections that are conducted today be similar to or different from the ones that you carried out 20 years ago, in terms of technology or training or anything else?

Definitely they would be different. [In Iraq] we had a special mandate [under UN Security Council resolutions]—one was disarmament, and one was to establish ongoing monitoring and verification. It was a very robust mandate, for anywhere, anytime, intrusive [inspections]. The mandate was kind of exceptional, part of a cease-fire resolution.

Nowadays, we have a different environment. There is improvement of technology. There are better tools for detection and enhanced analytical methods. You have advanced overhead imagery to support inspections. Much is different than it was in the early 1990s. But also important are the human skills and training.

The human skills as an inspector on the ground to conduct on-site inspections are the most crucial. We had a special training for hundreds of experts to conduct inspections for weapons of mass destruction in Iraq. The training was not to improve their technical expertise, but to add additional skills.