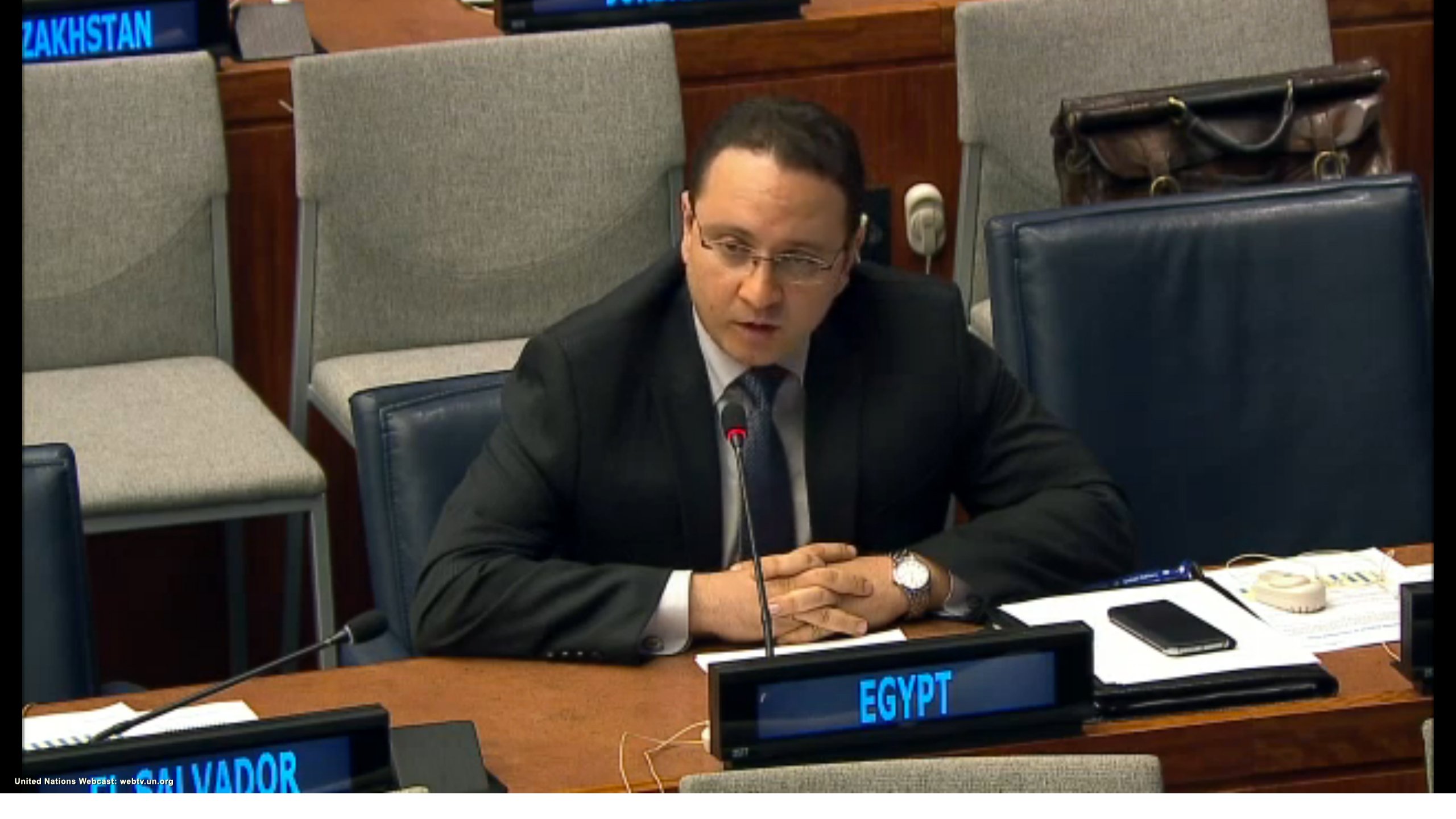 The UN committee that deals with disarmament issues passed a resolution last month calling for the General Assembly to take immediate steps toward the establishment of a zone free of weapons of mass destruction (WMD) in the Middle East, even as an official from the region said he thinks that progress on such a zone right now is a “lost cause.”

The resolution, introduced by Egypt on Oct. 14 on behalf of the 21 members of the Arab Group, called for full implementation of the plan for a WMD-free zone in the Middle East adopted at the 1995 Nuclear Nonproliferation Treaty (NPT) Review and Extension Conference. That plan called for “the establishment of an effectively verifiable Middle East zone free of weapons of mass destruction, nuclear, chemical and biological, and their delivery systems.”

The resolution was sent to the General Assembly after it passed the UN First Committee 151-5, with 19 abstentions. Israel called on member states to vote against the resolution and was joined by Canada, Micronesia, Palau, and the United States.

The resolution reaffirmed the need for Israel to ratify the NPT and place its nuclear facilities under safeguards. Israel does not publicly acknowledge that it possesses nuclear weapons.

In a statement explaining her country’s vote on the resolution Nov. 2, Tamar Rahamimoff-Honig, director of the Arms Control Department for the Israeli Ministry of Foreign Affairs, called the resolution “one-sided and biased,” saying it did not reflect the “harsh and distressing everyday realities” of the region. She said that “any draft resolution attempting to outline the real proliferation threats” in the Middle East should express concern that some countries in the region view compliance with their international obligations as “no more than a recommendation” rather than as a binding commitment.

She noted that Iran, Iraq, Libya, and Syria had been found to be violating their NPT obligations.

Tarek Mahfouz, speaking on behalf of Egypt and the Arab Group, said in an Oct. 29 statement to the committee that the NPT will lose credibility if there is no progress toward the Middle Eastern WMD-free zone. He called Israel’s refusal to join the treaty a “blatant threat” to peace and security in the region.

Despite the overwhelming support for the resolution, an official from a Persian Gulf state said that given the current geopolitical concerns in the region, pursuing a zone based on the 1995 resolution is a “lost cause” at this time.

He said that the 2015 NPT Review Conference “killed the small seed of cooperation” and progress on a WMD-free zone conference agenda that Finnish facilitator Jaakko Laajava managed to foster during consultations in 2013 and 2014. During that time, Israel and the Arab League states participated in five rounds of talks in the Swiss city of Glion.

The purpose of the consultations was to develop an agenda for a conference on establishing the WMD-free zone. The 2010 NPT Review Conference called for a conference by 2012, but the process was delayed over disagreements between Israel and the Arab League on the agenda. (See ACT, December 2012.)

In her Nov. 2 statement, Rahamimoff-Honig said that Israel “indicated its willingness to proceed” with the Glion meetings, which were “an important start to a necessary dialogue” to close the “conceptual gap” on the zone.

Unless another Arab League state “decides to challenge Egypt” for leadership on this initiative, there will not be progress, the Gulf state official said. He said he doubted that any country in the Arab League was interested in investing the necessary political will to move the zone process forward at this time.

He suggested that a subregional approach, in which a smaller group of countries in the region would pursue a WMD-free zone, or a “thematic” approach, such as a chemical-weapon-free zone, might be more successful.

In a Nov. 2 statement explaining the U.S. vote on the UN resolution, Robert Wood, permanent representative to the Conference on Disarmament, said that “singling out one state for criticism—while ignoring the substantial security concerns and compliance challenges”—will not advance prospects for the zone. Reiterating a long-standing U.S. position on the issue, he said the United States would support discussions on creating a zone but that the “impetus must come from the region itself.”

In a separate Nov. 2 action, the First Committee passed a resolution on a Middle East nuclear-weapon-free zone without a vote. This resolution focused only on nuclear weapons and did not specifically call on Israel to joint the NPT. It did call on all countries in the region to put their nuclear activities under safeguards, but did not single out Israel.

Hossein Dehqani, Iran’s deputy ambassador to the United Nations, said in a Nov. 2 statement that Israel continues to be the “only impediment” to realizing a nuclear-weapon-free zone in the Middle East and called on the international community to “exert all efforts to compel the Israeli regime to verifiably eliminate” its nuclear weapons.

In her statement on the nuclear-weapon-free-zone resolution, Rahamimoff-Honig said that, despite “substantive reservations,” Israel joined the consensus supporting the resolution because the Israeli government supports a regional process aimed at establishing a more secure Middle East free from nonconventional weapons.