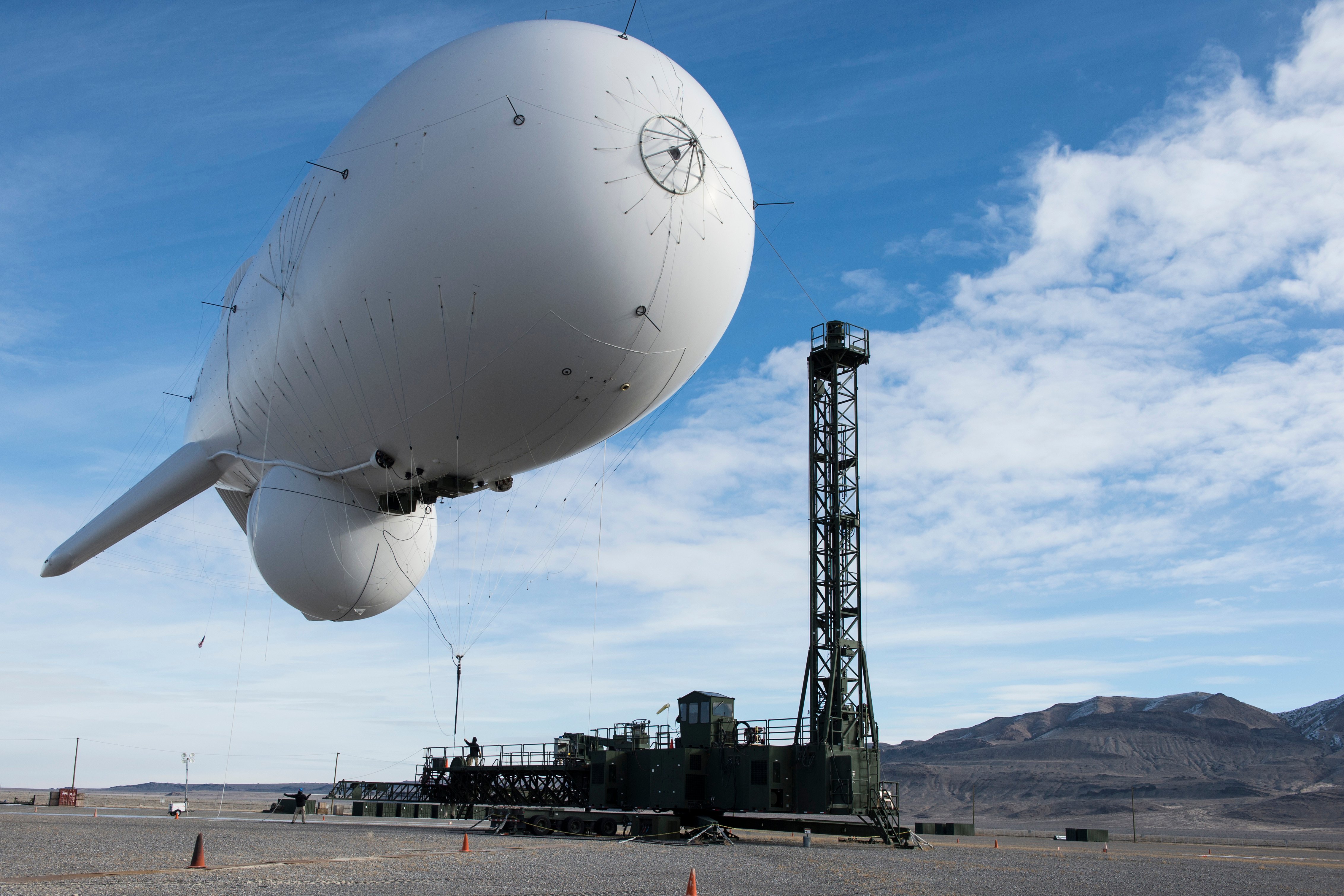 Part of a U.S. Army blimp-borne radar system designed to detect and track objects such as cruise missiles and other airborne threats crashed in northeastern Pennsylvania on Oct. 28, increasing doubts about its ability to contribute to the defense of the U.S. homeland.

One of the two tethered blimps that make up the current test deployment of the Joint Land Attack Cruise Missile Defense Elevated Netted Sensor System (JLENS) detached from its mooring station near Baltimore, dragging 6,700 feet of cable for three hours before finally coming to rest. In a Nov. 5 press statement, North American Aerospace Defense Command said an investigation to determine the cause of the incident was under way.

The helium-filled JLENS blimps float 10,000 feet in the air and carry radars capable of providing 360-degree coverage of objects from 340 miles away. The blimps can remain aloft for 30 days at a time and transmit the information they gather to a range of defensive systems.

The U.S. government initially planned to buy 16 pairs of JLENS blimps, but the purchase ultimately was curtailed to two pairs of test blimps. The blimps are used in pairs because one conducts surveillance and the other analyzes the information that the first one gathers.

The U.S. government spent $2.8 billion on the system through 2013, according to a March 2014 Government Accountability Office report.

The JLENS has faced questions about whether it can work as intended. A 2014 report by the Pentagon’s director for operational test and evaluation stated that poor weather could reduce performance of the system and that the JLENS has not yet demonstrated “the ability to survive in its intended operational environment.”

Late last year, a pair of JLENS blimps began a planned three-year exercise over the area around Washington designed to demonstrate the system’s capabilities for homeland defense and determine its future. The exercise has been suspended pending the outcome of the investigation of the Oct. 28 crash. The Army requested $40.6 million for the exercise in fiscal year 2016.

In a May 19 speech at the Center for Strategic and International Studies, Adm. James Winnefeld, vice chairman of the Joint Chiefs of Staff, described the exercise as a key part of the Defense Department’s efforts to ensure that the U.S. homeland is adequately defended against a cruise missile attack.

Responding to news of the crash, Rep. Jackie Speier (D-Calif.), the top Democrat on the House Armed Services Committee oversight and investigations subcommittee, said in a Nov. 4 statement that the United States “cannot afford to waste taxpayers’ money on ‘zombie programs’ whose best function is fodder” for late-night comedians. She called for “canceling the program outright and using the money where it will do more good.”

But the Defense Department has not ruled out resuming the planned three-year exercise.

Adm. William Gortney, the head of U.S. Northern Command, said in a Nov. 5 statement that if the results of the ongoing investigation warrant resuming the exercises, “we will work with the Army and the [Defense] Department to review the way forward for the JLENS exercise in support of cruise missile defense capabilities” of the Washington area.