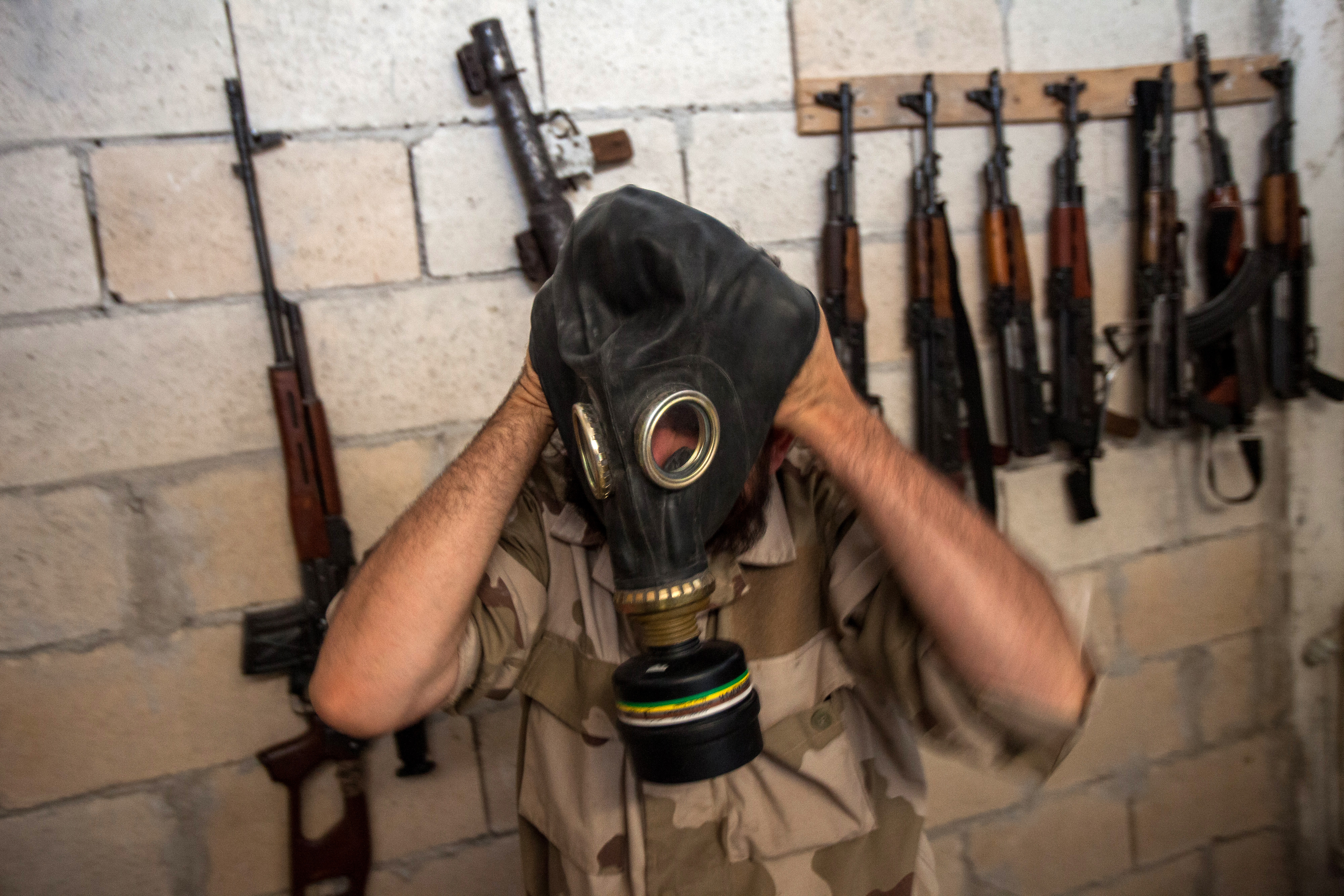 An international investigative team has determined with “the utmost confidence” that sulfur mustard was used in northern Syria, according to a Nov. 6 press release by the organization that established the team.

In the release, the Organisation for the Prohibition of Chemical Weapons (OPCW) said the report by its fact-finding mission, as the OPCW calls it, described an Aug. 21 incident “in which a non-state actor had allegedly used a chemical weapon in the town of Marea,” which is close to Aleppo, Syria’s largest city.

Through sample collection and interviews, the team “was able to confirm with the utmost confidence that at least two people were exposed to sulfur mustard and were in the process of recovering from the exposure,” the press release said. The team also concluded that it is “very likely that the effects of sulfur mustard resulted in the death of a baby,” the release said.

There have been several accounts tying the Islamic State group to use of sulfur mustard against opposing forces in Syria and Iraq, but the conclusions of the OPCW appear to be the strongest to date.

As Arms Control Today went to press, the report had not been publicly released, but two Western officials confirmed in interviews the summary description and provided additional detail on the contents of the report.

In a Nov. 13 interview, a U.S. official said the compelling evidence of sulfur mustard in Marea came from biomedical samples from people who had been in the area during an Islamic State attack. As the human body breaks down sulfur mustard that it has absorbed, it produces secondary compounds that provide “unmistakable signs” that can be detected “weeks after” exposure to the chemical agent, he said.

It is not clear how the Islamic State might have obtained the sulfur mustard.

In August, a Defense Department spokesman indirectly indicated and a former Pentagon official explicitly said to Arms Control Today that the likeliest scenario was that the group had produced the sulfur mustard itself rather than getting it from undeclared Syrian stockpiles or sealed chemical weapons bunkers in Iraq from the Saddam Hussein era. (See ACT, September 2015.)

When Syria joined the Chemical Weapons Convention (CWC) in 2013, it declared more than 1,300 metric tons of chemical agents. That material was subsequently destroyed, mostly in facilities outside Syria. Only a small amount, about 20 metric tons, was sulfur mustard agent.

There have been continuing concerns that Syria’s declaration was not complete, and the OPCW is pursuing that issue.

With regard to sulfur mustard, the U.S. official said Syria claimed to have destroyed most of that agent in 2012 and early 2013, before it joined the CWC, but has not provided any documentation to support the claim.

He said there is not a “firm view” within the U.S. government on the relative likelihood of the possible sources of sulfur mustard for the Islamic State.

In a Nov. 16 interview and follow-up e-mail, a UK diplomat also expressed uncertainty about the possible sources while drawing some distinctions among them. “There is no credible evidence that [the Islamic State has] gained possession of sulfur mustard agents from either the Syrian regime or Saddam-era Iraqi legacy stockpiles,” he said in the e-mail. The group’s “persistent occupation of cities such as Mosul, in Northern Iraq, which previously had active academic, scientific and industrial institutions[,] means that we cannot rule out the possibility” that the Islamic State has “access to the expertise, materials and facilities necessary to produce their own, indigenous sulfur mustard capability,” he said.

In addition to the report on the Marea attack, the OPCW fact-finding mission produced reports from two other investigations. One of the teams pursued allegations that toxic chemicals were responsible for the deaths of six people in Syria’s Idlib province between March and May. According to the OPCW press release, the team “concluded that the alleged incidents likely involved the use of one or more toxic chemicals—probably containing the element chlorine—as a weapon.”

The U.S. official said the evidence for this report came from interviews, open-source videos, and munitions fragments rather than biomedical samples.

In the Marea and Idlib cases, the victims of the alleged chemical attacks were in areas controlled by Syrian opposition forces, who are at war with the regime of Syrian President Bashar al-Assad and with the Islamic State, which also is fighting Assad.

In a statement to a Nov. 23 session of the OPCW Executive Council, U.S. representative Rafael Foley linked the Idlib report to previous findings by the fact-finding mission that chlorine had been used in Syria, commenting that “once again, those interviewed associated the attacks with the presence of helicopters.” The Assad regime is the only party in the Syrian conflict known to have helicopters.

At the same meeting, Russia, a Syrian ally, decried the “unfounded accusations aimed at the Syrian government, which, allegedly, stands behind the chlorine attacks despite the fact that no one has ever established any connection between the infamous helicopters and the appearance of certain objects on the ground.”

The fact-finding mission also produced an interim report based on allegations by the Syrian government that its forces had been attacked with toxic chemicals. The team investigating those allegations “could not confidently determine that a chemical was used as a weapon,” the OPCW press release said.

The U.S. and UK officials said the Marea and Idlib reports would be referred to a new body created by the UN Security Council to determine responsibility for chemical weapons attacks in Syria. (See ACT, October 2015.) Assigning responsibility is not part of the mandate for the OPCW investigative teams.

In the Nov. 16 interview, the UK diplomat said the job of the newly created body, known as the “joint investigative mechanism,” is “to point the finger at whoever is responsible” for the attacks. Those parties, “whether state or nonstate,” should be “held to account,” he said.

At a Nov. 13 press briefing, Farhan Haq, a spokesman for UN Secretary-General Ban Ki-moon, said the body was “fully operational” as of that date.