“What's really strikes me about ACA is the potential to shape the next generation of leaders on arms control and nuclear policy. This is something I witnessed firsthand as someone who was introduced to the field through ACA.”
– Alicia Sanders-Zakre
ICAN
June 2, 2022
Current U.S. Missile Defense Programs at a Glance 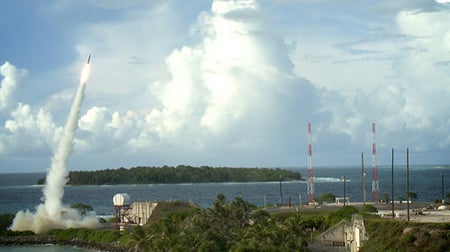 According to Missile Defense Agency (MDA) estimates, Congress has appropriated over $200 billion for the agency’s programs between fiscal years 1985 and 2019. That total does not include spending by the military services on programs such as the Patriot system or the many additional tens of billions of dollars spent since work on anti-missile systems first began in the 1950s.

For nearly two decades, U.S. ballistic missile defense (BMD) policy has sought to protect the homeland against limited long-range missile strikes from states such as Iran and North Korea, but not major nuclear powers like Russia and China as that mission would pose significant technical, financial, and geopolitical challenges. The United States has also pursued programs to defend U.S. troops and facilities abroad, as well as some close allies, from attacks by ballistic missiles—and to a much lesser extent cruise missiles.

However, the U.S. pursuit of effective missile defenses has been accompanied by intense debate about the technical capabilities of the system and realism of testing, the scope of the ballistic missile threat, the deterrence and assurance benefits of defenses, the cost-effectiveness of shooting down relatively inexpensive offensive missiles with expensive defensive ones, and the repercussions for U.S. strategic stability with Russia and China.

Leaders of the U.S. missile defense enterprise have increasingly voiced concerns that the current U.S. approach to national and regional missile defense is unsustainable and that existing defenses must be augmented with emerging capabilities to reduce the cost of missile defense and keep pace with advancing adversary missile threats.

In May 2017, pursuant to direction from President Donald Trump and Congress, then Defense Secretary James Mattis formally announced the beginning of the department’s Ballistic Missile Defense Review, which is taking a wide-ranging look at missile defense policy and strategy. The review was finally released in February 2019, one year after its original completion target.

Broadly, the review proposes to expand the role and scope of U.S. missile defenses by focusing not only on ballistic missiles, but also other types of missile threats, such as regional cruise and hypersonic missiles. It also proposes placing greater emphasis on the importance of space and new technologies to intercept missiles during their boost phase when they are traveling at their slowest. The review also calls for integrating offensive attack operations more closely with missile defenses and to supplement the defense of the U.S. homeland with the Aegis Standard Missile-3 (SM-3) Block IIA interceptor.

The review also re-affirmed previously announced plans by the Trump administration to arm unarmed aerial vehicles with lasers to zap long-range missiles during their boost phase, expand the Ground-Based Midcourse Defense (GMD) system from 44 to 64 interceptors by 2023 (though this plan has since been indefinitely delayed), focus on “left of launch” capabilities to destroy a missile threat before it launches, and field a space-sensor layer to provide birth-to-death tracking of ballistic missiles and hypersonic glide vehicles. The review also called for 11 follow-up studies, which are detailed in the below section, The 2019 Missile Defense Review To-Do List.

Since President Trump’s inauguration, the administration has vowed to expand national and regional missile defense systems of every kind, and Congress has supported these efforts. In fiscal year 2018, Congress approved $11.5 billion for the Missile Defense Agency, an increase of $3.6 billion, or 46 percent, from the Trump administration’s May 2017 initial budget request. The appropriation is the largest Congress has ever provided for the agency after adjusting for inflation.

Congress approved another big increase for fiscal year 2019, approving $10.3 billion for the agency, an increase of $1.4 billion above the budget request of $9.9 billion.

Notably, the fiscal year 2020 request seeks $380 million over the next five years to develop and test by 2023 a prototype space-based laser weapon to destroy ICBMs during their boost and midcourse phases of flight.

For ballistic missile and missile defense basics, as well as the historical background of missile defense programs, please visit “Missiles and Missile Defense Systems at a Glance.”

The following charts provides a brief look at some of the major missile defense programs maintained by the United States. It contains information on what type of ballistic missile each defense would be intended to counter and at which stage of the enemy missile’s flight an attempted intercept would take place. Also included are the Pentagon’s estimates on when each defense may have an initial, rudimentary capability, as well as when it could be fully operational. For basics about missiles, missile defense systems and their various components, or the general history of the U.S. missile defense system and recently cancelled programs, visit the “Missile Defense Systems at a Glance” fact sheet.

The following is an overview of an early warning system to complement the missile defense systems listed above.

The 2019 Missile Defense Review identified 11 issues that needed “follow-up” analysis to make a policy direction determination, which were scheduled to be completed within six months after the January 2019 review release date.

The Missile Defense Agency is focusing its newest efforts to ensure the system stays ahead of developing foreign missile threats (see the below chart). Some of the advanced anti-missile technologies the Defense Department is pursuing, such as airborne lasers to zap missiles in the early stages of their flight, have been unsuccessfully pursued in the past.

In recent years, Congress has sought to encourage the expansion of the U.S. ballistic missile defense effort in the face of advancing adversary ballistic missile capabilities. These initiatives, which are summarized below, have been met with strong resistance from the administration.