The problem-plagued system designed to defend the U.S. homeland against a limited long-range ballistic missile attack has suffered another setback, throwing into doubt the Pentagon’s plans to improve the capability and expand the size of the system. 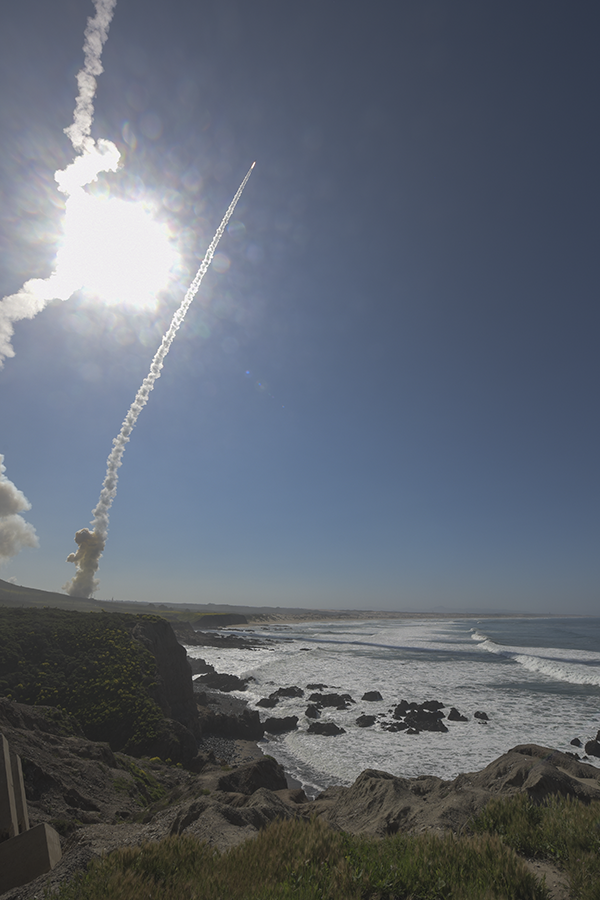 On May 24, the Missile Defense Agency (MDA) directed Boeing Co., the lead contractor for the $67 billion Ground-based Midcourse Defense (GMD) system, to stop all work on a new kill vehicle for the system after spending about $700 million on the effort.

A Defense Department spokeswoman told Inside Defense on May 24 that the department “has determined that the current plan is not viable and has initiated an analysis of alternative courses of action.”

The department’s decision follows years of warnings from the Government Accountability Office (GAO) about the feasibility of MDA plans for the new kill vehicle, known as the Redesigned Kill Vehicle (RKV).

The RKV joins several other high-profile missile defense efforts over the past decade that have been canceled while under development and after several billion dollars was spent on them. These include the precision tracking space system, the airborne laser, and the kinetic energy interceptor.

The RKV was intended to be more reliable and cost effective than the current generation of kill vehicles amid an evolving threat, particularly from North Korea.

The MDA planned to deploy the RKV beginning in 2021 atop 20 additional interceptors in Alaska to augment the existing fleet of 44 interceptors there and in California. The GMD system has an intercept success rate of just more than 50 percent in controlled testing.

The demise of the RKV raises several questions about MDA plans, including if and how it will expand the number of interceptors, how long the current kill vehicles can reliably remain in service, and whether additional intercept tests of those kill vehicles will take place.

Trouble From the Start

There have been serious concerns about the GMD system since it was rushed into service by the George W. Bush administration in 2004.

The system has never been tested against complex decoys and countermeasures that North Korea could develop. In addition, 20 of the 44 currently deployed interceptors are armed with an older prototype kill vehicle design known as the CE-I, which failed to intercept the target in its last test in 2013 and has not had a successful interception since 2008.

In recent years, the GMD system appeared to be making some progress. The three most recent intercept tests have been successful, including the first against an intercontinental ballistic missile (ICBM)-class target, in May 2017, and the first simulating an attack against more than one target, in March 2019. (See ACT, May 2019.)

Then came the cancellation of the RKV. The MDA announced in March 2014 that it would build and deploy by 2020 a redesigned kill vehicle that would have better performance and be more easily producible, testable, and maintainable than the current versions. (See ACT, July/August 2014.) The program soon encountered trouble.

In May 2017, the GAO raised several red flags in an annual report assessing the MDA’s progress on developing, fielding, and maintaining the U.S. ballistic missile defense system. For example, the U.S. Northern Command and the U.S. Strategic Command questioned whether the seeker planned for the kill vehicle would be able “to detect and track threats in an ICBM-range environment,” according to the GAO.

The GAO recommended that the Defense Department conduct a comprehensive review of the RKV program, but the department did not perform such a review.

Despite the warnings, the MDA in late 2017 announced plans to accelerate development of the RKV while planning to increase the number of ground-based interceptors in Alaska from 40 to 60 between 2021 and 2023. The agency planned to begin deploying the new kill vehicle after a single flight intercept test.

The GAO said in May 2018 that the revised plan was “inconsistent with the acquisition best practice to ‘fly before you buy,’” as the MDA will begin production “based on the results of design reviews rather than flight testing.”

The agency’s revision of the RKV acquisition plan “is more likely to prolong the effort rather than accelerate it,” the GAO added.

Rear Adm. Jon Hill, the MDA deputy director, told reporters on March 12 that it would have been “the wrong step” to repeat the mistake the Bush administration made in 2004 in deploying the GMD system despite “reliability issues.”

The GAO noted in its June 2019 report that the RKV program “accepted too much risk and has since experienced development challenges that set the program back likely by over two years and increased the program’s cost by nearly $600 million.”

The Pentagon issued its stop work order for the RKV a few days before the GAO issued its report.

The RKV was supposed to be the solution to the performance issues afflicting the existing GMD system kill vehicles and the path to expanding the system to address the advancing North Korean long-range missile threat. Instead, the MDA is back at square one.

“[T]he goal of the RKV program remains critical to ensuring that the nation’s only defense against rogue threats is reliable and effective,” a House committee staffer told Arms Control Today in a June 20 email. “As the U.S. is expanding the capacity of [ground-based interceptors] to 64, the need to deliver a reliable and effective kill vehicle becomes even more necessary,” the staffer said.

The need for a next-generation kill vehicle is especially acute for the 20 interceptors armed with the CE-I. The oldest kill vehicle in the fleet was fielded between 2004 and 2007. According to the GAO, ground-based interceptors “only have an initial service life of 20 years and [the] MDA previously decided not to make any upgrades to the CE-I because of initial plans to begin replacing them with RKVs in 2020.”

One option would be to reopen the production line for the latest configuration of the newer CE-II kill vehicle. The MDA does not appear to have any flight tests planned for this kill vehicle because it had planned to focus on testing and fielding the RKV.

The House committee staffer said that, with the RKV program delay, the Defense Department “should look for opportunities to test the existing fleet to address service life and obsolescence issues.”

Meanwhile, the future of another new kill vehicle development effort, the multiple object kill vehicle, is also uncertain. The MDA had planned to begin fielding that kill vehicle, which would allow a single GMD interceptor to destroy multiple targets, in 2025. But the fiscal year 2020 budget request would provide only $13.6 million for the program, which would significantly delay it. The request follows two years in which lawmakers provided $112 million, a reduction of $330 million below the MDA’s request.