A new political declaration on the use of explosive weapons in populated areas has been agreed and will be opened for signature at a high-level conference in Dublin later this year. 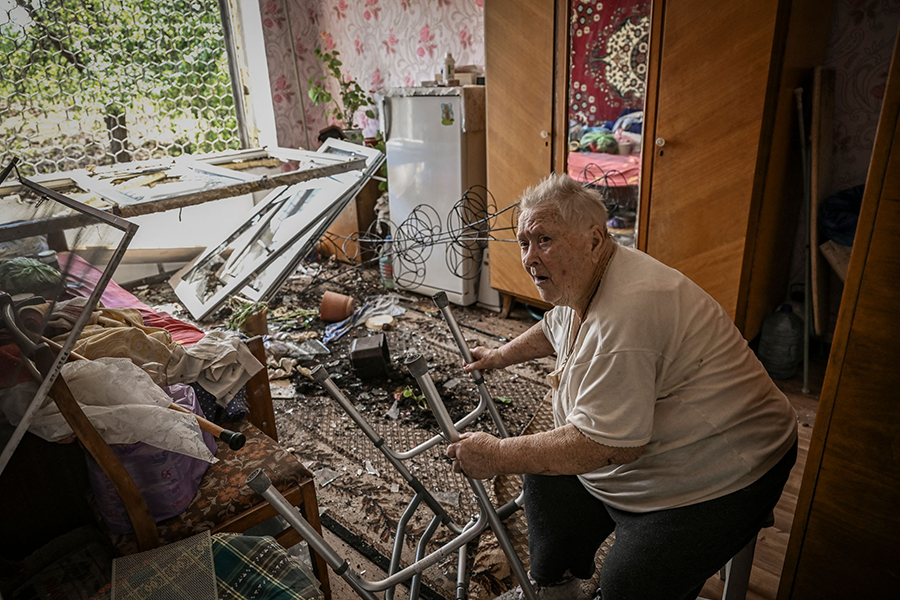 The declaration, concluded at a meeting in Geneva on June 17, recognizes the devastating harm to civilians from bombing and shelling in towns and cities and commits signatory states to impose limits on the use of these weapons and take action to address harm to civilians.

The declaration “sends out an unambiguous message on the fundamental importance of the protection of civilians in armed conflict and never has that message been more necessary,” Gaffey told delegates representing states, civil society groups and international organizations.

He said a specific date for the signing ceremony is being worked out.

In a written statement that same day, Irish Foreign Minister Simon Coveney said, “The implementation of this declaration will change how militaries operate in populated areas, including when the use of explosive weapons is expected to cause civilian harm.”

“It will ensure that militaries take in to account the effect of their actions not only on civilians but also on homes, hospitals, schools and vital resources such as food and energy systems. It also provides for improved data collection, the sharing of best practices and assistance to victims,” he said.

According to research by Action on Armed Violence, 90 percent of the casualties are civilians when explosive weapons are used in populated areas.

Approval of the declaration occurred amid what Coveney called the “appalling consequences” for civilian victims of recent wars in Iraq, Syria, Ukraine, and Yemen.

The declaration’s preamble recognizes that civilians and civilian infrastructure are harmed by the use of explosive weapons in populated areas, not just at the time of the weapons use, but into the future in what are often called “reverberating effects.”

States that sign the declaration will commit to develop or improve practices to protect civilians during conflict, collect and share data, and provide victim’s assistance.

The key commitment regarding weapons use aims to “ensure that our armed forces adopt and implement a range of policies and practices to help avoid civilian harm, including by restricting or refraining as appropriate from the use of explosive weapons in populated areas, when their use may be expected to cause harm to civilians or civilian objects.”

Although some states and many civil society advocates initially pushed for stronger language against weapons use, the international civil society coalition that has championed the process welcomed the text.

Laura Boillot, coordinator of the International Network on Explosive Weapons, said that “the key thing now is that states join this political declaration at the earliest opportunity, and start the important process of work to implement it to impose limits on the use of explosive weapons and work to end this pattern of harm.”

Ireland took on leadership of the declaration process in 2019, following up on earlier meetings, with the initial hope of presenting the document in the summer of 2020. (See ACT, November 2019.) The pandemic delayed the effort, which shifted to virtual and hybrid meetings. (See ACT, April 2022.) The war in Ukraine brought renewed attention to the harm caused by the use of explosive weapons as Russia struck cities and towns with a range of missiles and artillery.