– Suzanne DiMaggio
Senior Fellow, Carnegie Endowment for International Peace
April 15, 2019
A Better Way to Detect the Origins of a Pandemic

The war in Ukraine has caused severe disruption to regional and global security, including raising concerns about the potential use of unconventional weapons.1 Not least of these concerns is the dangerous Russian disinformation campaign alleging biological weapons development in Ukraine, which has led to fears that Russia itself may use chemical or biological weapons in Ukraine as part of a false flag operation.2 In addition to highlighting the critical need to guard against biological risks, these allegations have drawn attention to serious gaps in the global biosecurity and pandemic preparedness architecture. 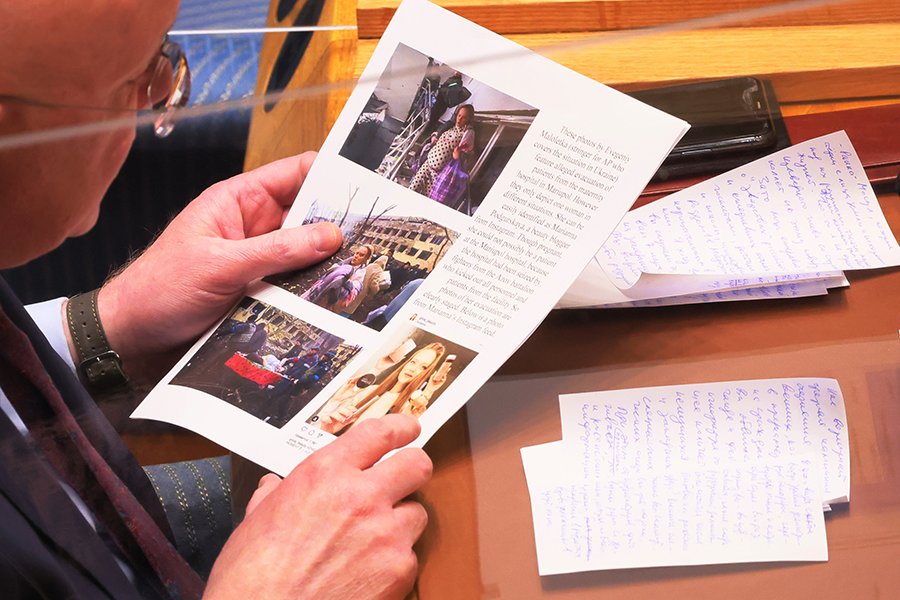 This development comes in the midst of continued uncertainty and debate about the origins of the COVID-19 pandemic, which the international community may never fully resolve. Regardless, the world must be better prepared for future biological events that could arise from a wide range of sources, including naturally emerging outbreaks, deliberate biological weapons attacks, or laboratory accidents, with potentially catastrophic consequences. The ability to rapidly discern the source of emerging pandemics is critical to mitigating their effects in real time and to protecting against future risks.

To meet this need, it will be important to bolster the capabilities of the United Nations to investigate the origins of high-consequence biological events. This includes strengthening and investing significantly more resources in existing capabilities such as the UN Secretary-General’s Mechanism for Investigation of Alleged Use of Chemical and Biological Weapons, which has the authority to investigate allegations of deliberate biological weapons use.3

The World Health Organization (WHO) is already engaged in efforts to strengthen its capabilities to respond to outbreaks of ambiguous origin, including by establishing the Scientific Advisory Group for the Origins of Novel Pathogens.4 Although these initiatives are laudable, WHO’s key operational strength, as well as the political comfort zone of its member states, remains its ability to assess and respond to naturally emerging infectious disease outbreaks. It is unclear how far WHO is willing or able to go in assessing origins of human-caused biological events, such as accidents or biological weapons attacks.

As a result, a critical gap remains between the authorities and capabilities of existing mechanisms across the UN system. Although uncertainty persists as to whether SARS-CoV-2, the virus responsible for COVID-19, emerged naturally or was accidentally released from a laboratory, the secretary-general’s mechanism cannot be deployed in this case because its mandate is limited to investigating allegations of deliberate attacks with biological or chemical weapons. At the same time, WHO has experienced difficulties investigating the source of the COVID-19 pandemic due to technical constraints coupled with the political realities of the organization’s need to maintain trust and support among all its member states.

Furthermore, the Biological Weapons Convention (BWC), whose review conference will commence in November 2022, contains procedures for convening consultative meetings of states-parties or for lodging with the UN Security Council allegations about the development, possession, or use of biological weapons.5 Such complaints could be taken up by the Security Council and investigated, yet in the 47 years since the BWC came into force, no complaint has been made, and no investigation has ever been conducted. This is despite ongoing concerns among BWC states-parties about noncompliance, including serious allegations of deliberate biological weapons use.6 Such inaction calls into question the utility of and trust in existing procedures.

How can this gap among existing UN mechanisms be addressed? In a 2020 report, the Nuclear Threat Initiative, working with international partners, explored the possibility of establishing a “joint assessment mechanism” to determine the source of high-consequence biological events of unknown origin.7 The report was based on a senior-level exercise hosted in conjunction with the Munich Security Conference, where participants were presented with a fictional scenario in which the world confronts a disease outbreak from a dangerous, apparently human-engineered pathogen suspected of originating in a country with biotechnology ambitions. Ultimately, an international investigation reveals that the suspect country had been conducting illicit biological weapons research, and an accidental release from one of its laboratories was the source of the outbreak. In the scenario, the resulting global pandemic leads to more than 50 million deaths worldwide. 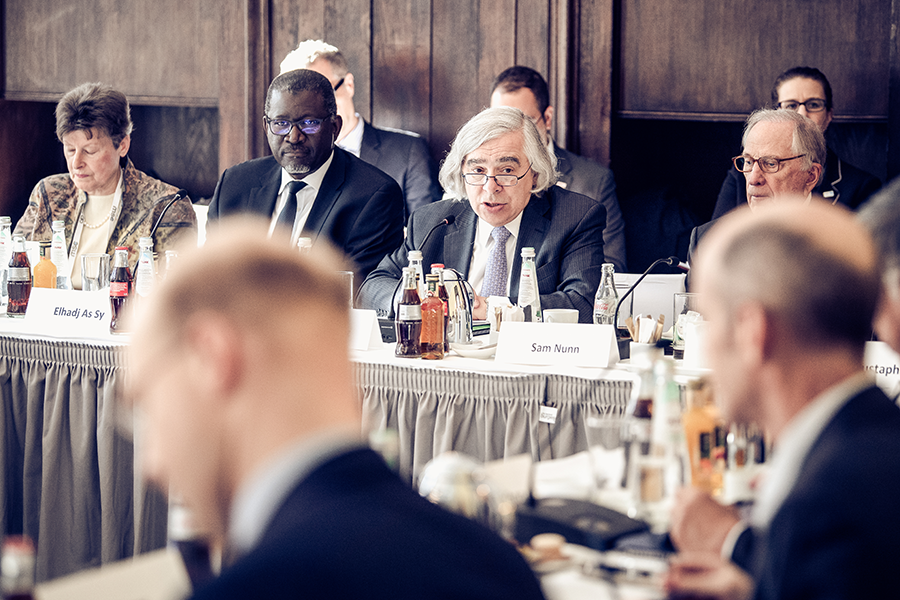 The exercise highlighted how determining whether the outbreak was due to poor laboratory practices or malicious intent proved critical to the effectiveness of the international response. The idea of the joint assessment mechanism emerged as a way to provide this capability, and since then, the concept has been further refined in consultation with international experts and stakeholders. This proposed mechanism would address cases where there is ambiguity about the source of a biological event—whether it emerged naturally or was deliberately or accidentally released from an academic, commercial, or governmental laboratory. This exercise took place in early 2020 before the COVID-19 pandemic. Subsequent developments have underscored the importance of rapidly discerning pandemic origins and the salience of the proposed joint assessment mechanism. Given the devastating global effects of COVID-19, UN Secretary-General António Guterres called in 2021 for more investment in preparedness and response capabilities to combat future pandemics.8 Now, the war in Ukraine has raised the specter of another potentially catastrophic risk: the possibility of Russia covertly using chemical or biological weapons under a false flag operation.

The joint assessment mechanism should take an approach that is rapid, transparent, evidence based, and legitimate in the eyes of the international community. It would include a standing capability with a small team responsible for integrating and analyzing data from multiple sources on an ongoing basis, as well as the capability to launch on-site assessments when necessary.

This should be a 21st century mechanism, taking advantage of new tools, methods, and technologies, such as bioinformatics, data science, and artificial intelligence, to build a capability suited to today’s threat environment. Substantive questions remain, however, in discussions with international stakeholders and experts regarding how best to build political support for the joint assessment mechanism, what its core mandates and functions would be, how it would relate to existing mechanisms, how to incentivize compliance, and how to incorporate modern scientific and technological tools.

One core challenge would be securing the cooperation of a country deemed to be the source of the biological or chemical event. Such engagement will be critical to a credible process and would require strong incentives and global norms to encourage cooperation.

Establishing a home for this mechanism within the office of the UN secretary-general would provide the needed authority and flexibility to activate and deactivate the mechanism as necessary, as well as pull together relevant other resources from across the UN system.

No one knows where the next global biological catastrophe will come from, nor does anyone know when it will occur. Having the capacity to establish the facts about an outbreak of unknown origin will improve the international community’s ability to prevent or respond effectively to the next biological catastrophe. If designed correctly, the mechanism could also deter bad actors from employing biological weapons by making it far more likely that they would get caught.

The COVID-19 pandemic has demonstrated the need to fill critical gaps in global capabilities, as well as to establish public trust in the source of relevant information. The joint assessment mechanism could be the instrument to achieve both.

8. “Our Common Agenda: Report of the Secretary-General,” United Nations, 2021, https://www.un.org/en/content/common-agenda-report/assets/pdf/Common_Agenda_Report_English.pdf.