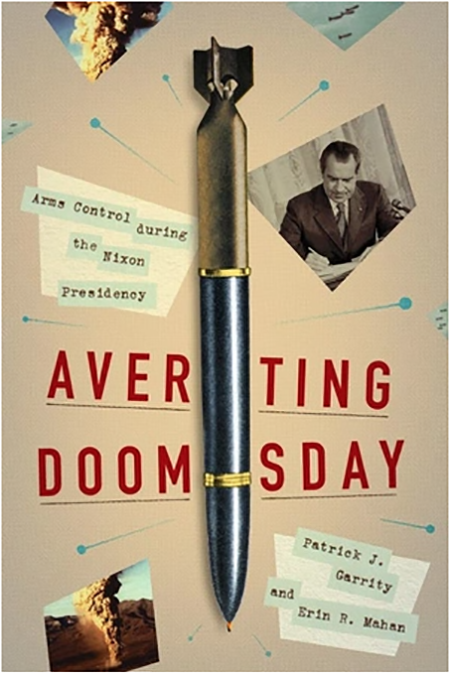 Despite being real milestones, these agreements are only part of the Nixon administration’s efforts to curb the spread of weapons of mass destruction (WMD), whether nuclear, biological, or chemical. Other important accomplishments include the ratification of the 1968 nuclear Nonproliferation Treaty, the negotiation of the 1972 Biological Weapons Convention, the pursuit of the 1971 Seabed Arms Control Treaty, and the establishment of a Latin American nuclear-weapon-free zone.

Overall, the administration “represented a critical juncture in U.S. efforts to limit the number and to control the spread” of WMD, the authors write.

Drawing on an extensive collection of presidential recordings and documents not widely consulted, the authors bring together all aspects of the Nixon administration’s efforts “to combat germs, gases, and the bomb” and puts forward a context for better understanding the national security policies pursued by the president and his advisors.—SHANNON BUGOS

Over the next decade, the United States is projected to spend $634 billion to sustain and modernize its nuclear arsenal, to include the triad of nuclear delivery systems, nuclear command and control systems, and nuclear warheads and their supporting infrastructure. This massive effort will include incorporating cyber technologies into the U.S. nuclear enterprise.

As the author writes, the question motivating this book is, “How, if at all, could increasing dependencies on modern information technologies lead to a nuclear war that no sane person would want?” Lin says the bottom line is that, “cyber risks across the nuclear enterprise are poorly understood.” As a result, nuclear modernization may serve to exacerbate rather than mitigate cyber risks.

The book explores cyber risks to the U.S. nuclear enterprise and makes suggestions for U.S. decision-makers to consider as they manage cybersecurity issues related to nuclear modernization. As one example, Lin notes that the entanglement of conventional and nuclear functions in operational systems increases the risk of inadvertent escalation. He proposes that the infrastructure to support conventional and nuclear integration should put nuclear needs first.—SHANNON BUGOS

The Hegemon’s Tool Kit: US Leadership and the Politics of the Nuclear Nonproliferation Regime