After a months-long policy review, the Biden administration announced on June 21 that it will reverse the Trump administration policy that allowed for wider use of anti-personnel landmines. The decision means the United States is returning to the Obama-era policy that bars the use of the weapons anywhere except in support of its ally South Korea on the Korean peninsula. 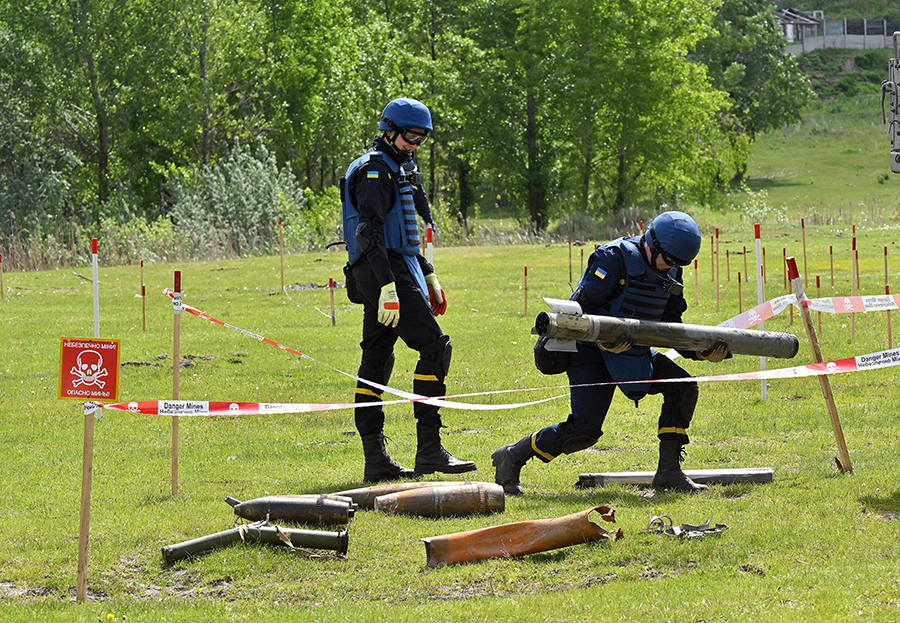 The policy to limit the use of anti-personnel landmines will “align the United States’ policy and practice with key provisions of the Ottawa Convention for all activities outside the context of the Korean peninsula,” Stan Brown, principal deputy assistant secretary of state for political-military affairs, said in a briefing on June 21.

As a result of the decision, Brown said, “we’re not going to export or transfer anti-personnel landmines; we’re not going to use them outside the Korean peninsula. We would also undertake to destroy all anti-personnel stockpiles not required for the defense of [South] Korea; and again, we would not assist, encourage, or induce anyone outside the context of the Korean peninsula to engage in any activity that would be prohibited by the convention.”

As a candidate, President Joe Biden pledged to reverse what he characterized as President Donald Trump’s “reckless” stance on landmines.

The Convention on the Prohibition of the Use, Stockpiling, Production and Transfer of Anti-Personnel Mines and on Their Destruction, typically referenced as the Ottawa Convention or the Mine Ban Treaty, seeks to end the use of anti-personnel landmines worldwide. It was opened for signature on Dec. 3, 1997, and entered into force on March 1, 1999.

Today, 164 countries are party to the treaty, representing more than 80 percent of the world’s states and all NATO allies except the United States. The Ottawa Convention has won strong global support because anti-personnel landmines are indiscriminate weapons that devastate civilian communities during conflict and for decades after the conflict has ended.

Brown said that the United States “will continue to pursue materiel and operational solutions that would be compliant with and ultimately allow the United States to accede to the Ottawa Convention, while we at the same [time] ensure our ability to meet our alliance commitments.”

Pressed about when the United States could deploy an alternative weapon along the DMZ that would allow it to accede to the Ottawa Convention, Brown said that “it is being worked on, but I would have to defer you to the Department of Defense for the specific acquisition and operational capabilities of future devices.”

“The administration’s policy stands in a sharp contrast to Russia’s actions in Ukraine, where there’s compelling evidence that Russian forces are using explosive munitions, including landmines, in an irresponsible manner which is causing extensive harm to civilians and damage to vital civilian infrastructure there,” Brown said. Russia is not party to the Mine Ban Treaty but Ukraine is.

The United States recently transferred Claymore mines to Ukraine. They are command-detonated weapons, meaning they tend to be less lethal to civilians. The Ottawa Convention outlaws landmines that are victim activated.

The U.S. Campaign to Ban Landmines welcomed the policy adjustment, calling it “an important first step toward the ultimate goal of the United States joining the Mine Ban Treaty and banning the use, production, and transfer of anti-personnel landmines worldwide.”

States-parties to the Ottawa Convention, including Germany, Norway, and Spain, and Switzerland, praised the Biden policy adjustment in statements delivered at Mine Ban Treaty meetings in Geneva in late June, which the United States attended as an observer and used as a venue to announce its new policy.

Norway’s delegation, in a tweet on June 21, said, “Norway warmly welcomes the United States new landmine policy, bringing [it] in closer alignment with the requirements of the Mine Ban Treaty, and an important step toward possible accession.” The German delegation called it an “important step to achieve a mine-free world and universalization of the Ottawa Convention.”