Russia conducted a direct-ascent hit-to-kill anti-satellite (ASAT) test on November 15, 2021, striking a Russian satellite and rendering it into more than 1,500 pieces of orbital debris.1 Reacting to the test, U.S. Space Command commander Army Gen. James Dickinson claimed that Russia is “deploying capabilities to actively deny access to and use of space by the United States and its allies.”2 He further noted that Russia’s counterspace weapons systems undermine strategic stability. 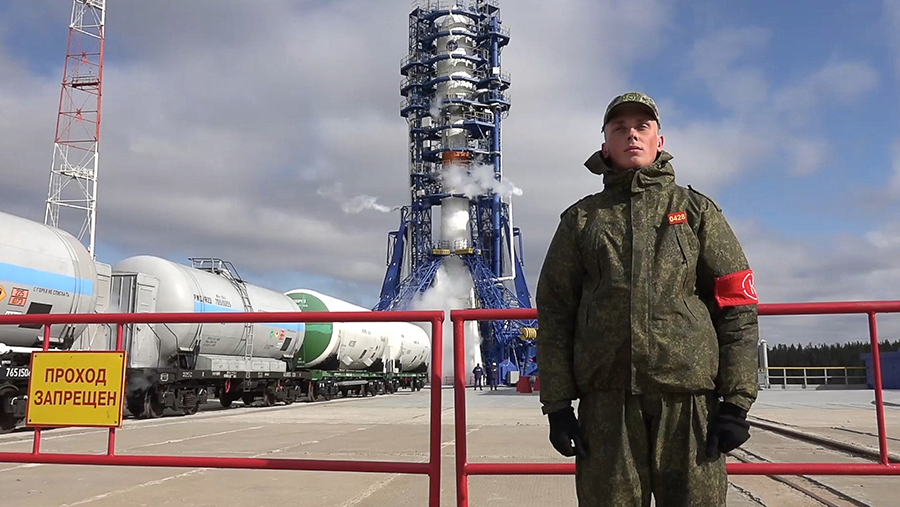 Russian military leaders and analysts argue, however, that their counterspace weapons provide a means to restore strategic stability. Russian Defense Minister Sergei Shoigu characterized the test as a routine operation of a “cutting-edge future weapon system” to strengthen Russia’s deterrent and defense against U.S. attempts to attain “comprehensive military advantage” in space.3

Russian leaders believe that a change in the character of warfare has been unfolding over the past three decades. They write that the next generation of warfare will be waged in the aerospace domain with weapons enabled by satellite targeting and navigation.4 For instance, in a 2015 speech, President Vladimir Putin asserted that U.S. and NATO forces possess “high-precision long-range non-nuclear weapons comparable in their effect to nuclear weapons.”5 Russians fear that, in a conflict, these weapons may be used against them in a coordinated strike against their nuclear and conventional forces.

At a 2013 conference attended by several cabinet ministers and members of the Russian Military-Industrial Commission, Deputy Prime Minister Dmitri Rogozin identified five conflict scenarios that Russia could face in the future.6 One of them involved a noncontact war with a technologically advanced adversary, presumably the United States and NATO. In this scenario, the United States would strike the Russian homeland, drawing from its “lightning-fast global strike” weapons using satellite targeting and navigation. Rogozin suggested that such a strike could destroy 80 to 90 percent of Russia’s strategic arsenal, rendering its nuclear deterrent almost useless.

These scenarios reflect a worst-case analysis that may not match reality. As Vladimir Dvorkin, a former Russian military officer with deep involvement in Russian nuclear policies, has noted, “[I]t seems rather fantastical to suggest that the Pentagon could be planning a disarming conventional strike against Russia’s strategic nuclear forces: such a measure would not only prove absolutely useless, but would trigger a devastating retaliatory nuclear strike.”7 Dvorkin suggests Russia’s intercontinental ballistic missile silos are hardened to withstand any such strikes, its mobile launchers are difficult to target, and its ballistic missile submarines can be dispersed quickly and are protected by naval forces. 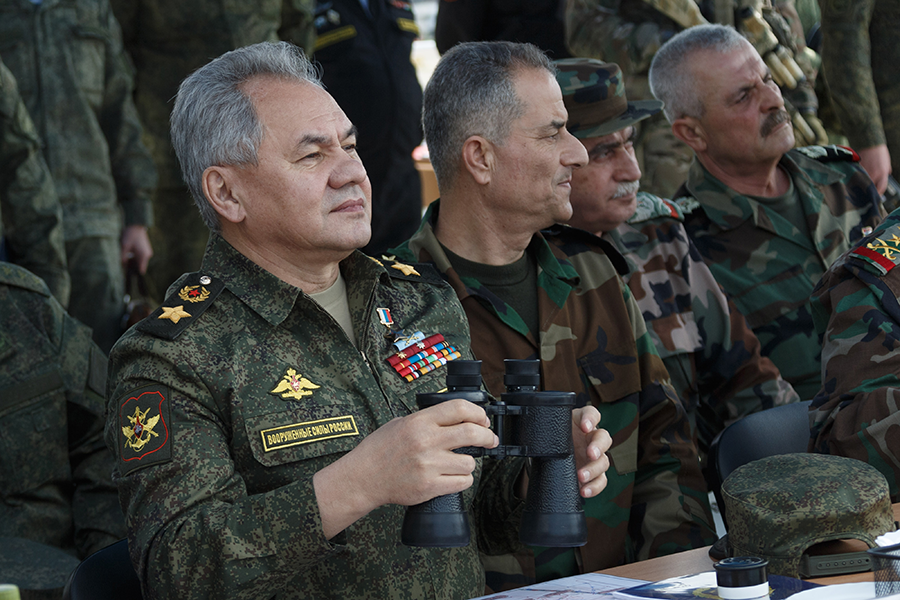 Dissuading Russian ASAT weapons development and testing will require a concerted effort at arms control. In December 2021, the United Nations voted to establish an open-ended working group to prevent an arms race in space.10 The UN forum may offer a chance to establish norms on space and foster a debate on the linkages between space security and other national security considerations. Likewise, the Biden administration seems inclined to pursue a ban on debris-generating ASAT tests.11 Securing multilateral support for such a ban, however, will require engagement and support from the Russians and Chinese. Such engagement will have to incorporate a discussion on the role of advanced aerospace weaponry, address their perceived vulnerabilities to these weapons, and develop ways to limit them.

The ASAT test in November is the latest in a series of such actions by Russia. The missile used in the test, Nudol, has been tested several times in the past without a hit-to-kill mission. At the 2021 Reagan National Defense Forum, U.S. Rep. Jim Cooper (D-Tenn.) noted that Russia had attempted to test its ground-launched ASAT missile “several times in recent years and failed, so it was predictable that they would keep trying until they scored a hit.”12 The latest hit-to-kill demonstration indicates that Russia may have perfected its ASAT missile.

In 2014, the Russian Olymp-K satellite demonstrated co-orbital ASAT capabilities in the geostationary orbit where several critical military command-and-control satellites operate.13 Additionally, Russia has fielded ground-based lasers and a range of satellite-jamming systems to deny and degrade the capacity of weapons that rely on satellited-enabled information. These weapons are detailed in Russian military literature as a vital mechanism to eliminate Russian vulnerabilities to Western precision weapons.

A Russian Perspective on Future Wars

Igor Morozov, head of operations at the Russian Space Force, has written that, “[d]uring the Second World War, to destroy such a target as a large railway bridge, it was required to make 4,500 sorties and drop 9,000 bombs. In Vietnam, the destruction of a similar target was achieved with 190 bombs and 95 sorties. In the war against Yugoslavia, the same mission was solved by [one to three] cruise missiles fired from a submarine.”15 Similarly, Russian analysts point out that the ratio of standoff long-distance cruise missiles to aircraft-launched precision weapons has steadily increased “from 1:10 in Operation Desert Storm to 1:1.5 in Operation Desert Fox to 1:1 in Operation Allied Force to 1.8:1 in Operation Enduring Freedom.”16

Russian military literature is replete with discussions about how these high-precision aerospace weapons are changing the nature of warfare. Russians argue that, in past wars, the main burden of any confrontation rested on ground forces tasked to breach the enemy’s forward defense and enter the adversary’s territory to occupy it. Future wars, they argue, will not be conducted using the massing of armed troops. Instead, their opening salvo will involve massive air missile strikes at targets throughout the adversary’s territory. The 1991 Persian Gulf War and the 1999 NATO campaign in Yugoslavia are showcased as evidence.

Russian military commentators studying the Gulf War point out it was the first time in the history of modern warfare that a formidable army of half a million troops was unable to override the aerospace operations mounted by U.S. and allied forces.17 Moreover, Russian writings note that, by the time the Iraqi army encountered U.S. ground forces, it had been decimated by the weeks of air and missile strikes made possible by satellite-enabled targeting and navigation.18

Similarly, Russian military commentators conclude that Yugoslavia’s disintegration was achieved at the end of the months-long aerospace campaign without a significant force-on-force conflict. Even more concerning for the Russian analysts was that the military intervention was executed without endorsement by the UN Security Council, setting a dangerous precedent for the West’s arbitrary use of force against sovereign states and possibly Russia itself.19

Russian military analysts use these conflicts as a template to write regularly about a future war in which a massive air missile strike campaign could be mounted against Russia. First, they believe that U.S. conventional hypersonic weapons, developed under the Prompt Global Strike program, would start an aerospace assault against crucial Russian government command-and-control posts and mobile and stationary launchers of nuclear-armed missiles.20 Next, U.S. missile defenses would further degrade Russia’s retaliatory potential.21 These would be followed up quickly with electronic warfare to suppress Russian air and space defense forces. Then, large numbers of standoff high-precision weapons such as cruise missiles, heavy-strike unmanned aerial vehicles, and other strike forces will be used to destroy military facilities and troops, in addition to Russian government administration centers, economic assets, power and energy supply systems, and critical communication nodes.22 Finally, the standoff strikes would coincide with an information warfare campaign to collapse the prevailing political order.23

Some Russian commentators question the viability of such massive attacks against a significant nuclear power using high-speed, high-precision weaponry as “science fiction.”24 One analyst writes that the danger of an attack on Russia with many cruise missiles is improbable and points out that assembling the formations required for such a strike requires lengthy preparations that cannot be done secretly during a crisis.25

Notwithstanding these assessments, most Russian analysts display a severe fear of U.S. and allied technological superiority. Although these fears may reflect an extreme worst-case scenario, many Russian military analysts share them. Therefore, they argue, the dependence of U.S. and NATO forces on space-based assets is a vulnerability of which Russia cannot fail to take advantage in a crisis. Russian military commentators claim ASAT and other counterspace weapons will deter aggression and offer war-fighting advantages if deterrence fails.26 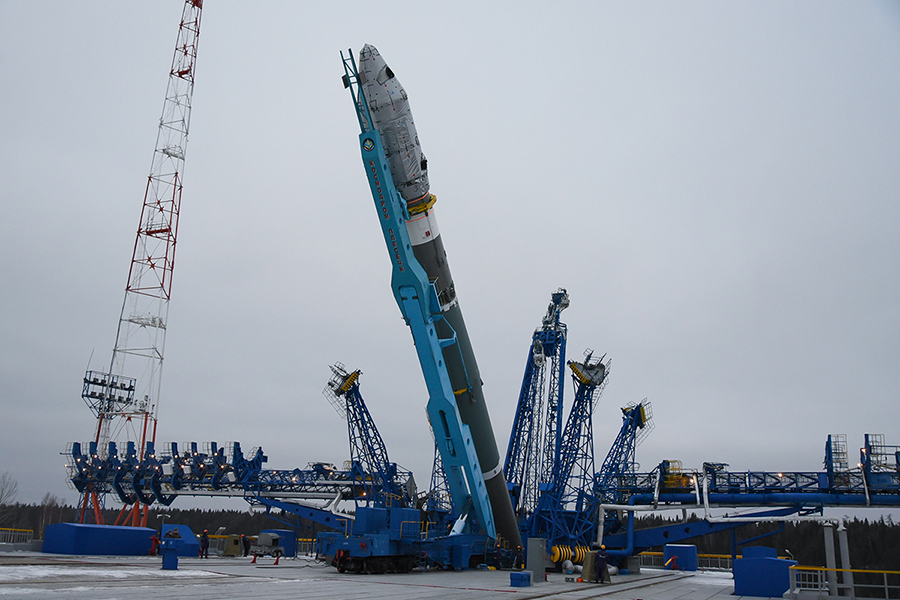 These Russian motivations pose profound challenges to pursuing lasting space arms control measures. Several proposed nonbinding behavioral norms may stall the testing of ASAT weapons for the near term. For instance, U.S. Deputy Defense Secretary Kathleen Hicks recently argued for a global ban on ASAT tests that create debris.27 These norms can be diplomatically pursued through multilateral dialogues, including at the UN. Meanwhile, U.S. Secretary of State Antony Blinken reiterated a U.S. desire to develop informal norms to standardize acceptable behavior in space operations. In a speech at the UN Conference on Disarmament, he said the United States wants to engage in “developing standards and norms of responsible behavior in outer space.”28 He further noted, “[W]e should be reducing tensions in outer space, not making them worse.”29

Such diplomatic engagements would provide the United States and its NATO allies with some transparency into Russia’s ASAT and counterspace programs and motivations. Similarly, Russia would gain transparency into U.S. and NATO programs and concerns. Diplomatic engagements can also help communicate redlines and establish a shared understanding of pathways that could lead to conflict escalation in space.30

In the end, however, there are limits to what dialogue and voluntary behavioral norms can accomplish. Without mutual restrictions on aerospace weapons and combat operations, Russians will continue to argue that U.S. and NATO forces retain a significant war-fighting superiority that can be offset only with counterspace systems. Addressing Russia’s perceived vulnerabilities to modern aerospace campaigns will require deeper engagement and structured arms control, possibly with an instrument similar to the Intermediate-Range Nuclear Forces Treaty. Such binding agreements are a difficult proposition in the prevailing geopolitical environment, but they are essential to achieve comprehensive space security and strategic stability.

28. U.S. Mission to International Organizations in Geneva, “Secretary Blinken: Remarks at the High-Level Segment of the Conference on Disarmament,” February 22, 2021, https://geneva.usmission.gov/2021/02/22/secretary-blinken-cd/.

Jaganath Sankaran is an assistant professor at the LBJ School of Public Affairs at the University of Texas at Austin.