Iran has granted the International Atomic Energy Agency (IAEA) access to replace the cameras at a key site that manufactures components for centrifuges, easing a months-long impasse and averting a crisis that could have derailed talks to restore the 2015 nuclear deal. 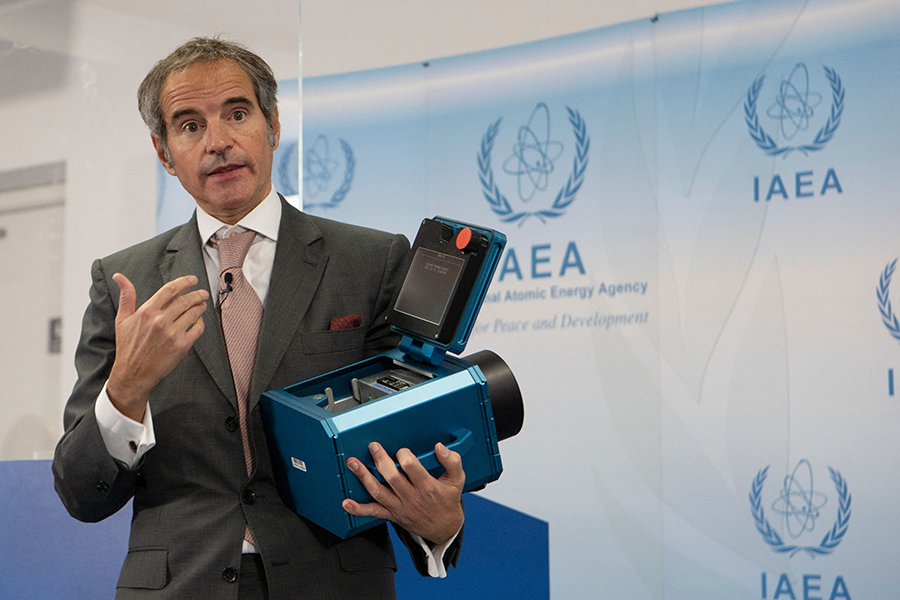 Under the Dec. 15 agreement, the agency will install four new cameras at the Karaj facility before the end of 2021. According to a Jan. 3 tweet by Laurence Norman of The Wall Street Journal, installation of the cameras was completed "on planned timing." He cited unnamed senior sources. Data from the cameras originally installed at Karaj remain in Iran’s possession, but will be transmitted to the IAEA once the nuclear deal is restored.

IAEA Director-General Rafael Mariano Grossi said on Dec. 17 that the new cameras will help the agency “put the story back together” and retroactively reconstruct a timeline of Iran’s activities at the workshop since the four cameras originally installed there were removed in June, following an alleged sabotage attack on the facility.

“The agreement with Iran on replacing surveillance cameras at the Karaj facility is an important development for the IAEA’s verification and monitoring activities in Iran. It will enable us to resume necessary continuity of knowledge at this facility,” Grossi explained two days earlier in a press release.

The IAEA has not had access to the Karaj centrifuge workshop since February 2021. Even so, the cameras recorded data for the agency in accordance with a special arrangement reached between Iran and the IAEA to preserve continuity of knowledge after Iran suspended implementation of the additional protocol to its safeguards agreement on Feb. 23.

The special monitoring arrangement stipulated that Iran would transmit recorded data to the IAEA after the nuclear deal, also known as the Joint Comprehensive Plan of Action (JCPOA), is restored. The arrangement was originally negotiated to last three months, but was extended for an additional month in May. Although the arrangement nominally expired on June 24, Grossi said on Dec. 17 that the IAEA will service the equipment installed at other facilities subject to the special monitoring arrangement, suggesting the equipment remains operational.

The Dec. 15 agreement staved off the convention of a special meeting of the IAEA Board of Governors to censure Iran for failing to comply with the agency’s request for access to Karaj. The Biden administration had said it would convene such a session if the access issue were not addressed before the end of the year. A senior State Department official said in a Dec. 17 press briefing that the new access agreement was a “welcome step,” but warned that a board meeting will be “inevitable” if Iran fails to follow through.

After traveling to Tehran on Nov. 23, ahead of the quarterly board meeting, for talks aimed at resolving the access issue, Grossi said discussions were “inconclusive.” One day later, he warned that the IAEA was “close” to the point where it would be unable to maintain continuity of knowledge. (See ACT, December 2021.)

Although the access agreement solved the IAEA’s most urgent concern about Karaj, a key question remains unanswered. Iran removed the cameras from the workshop after they were damaged by an apparent sabotage attack on the site on June 23 that Tehran blames on Israel. Iran did not permit the IAEA to examine the equipment until Sept. 4, when the agency found the data storage unit was missing from one camera.

The IAEA continues to press Iran for information. Grossi said the IAEA doubts the camera’s data storage unit vanished, and he is “hopeful that they are going to come up with an answer because it’s very strange that it [disappeared].”

The Atomic Energy Organization of Iran insisted in a statement on Dec. 18 that “the records were destroyed by sabotage.” Iran has suggested that the IAEA cameras may have been hacked by a foreign power to carry out the June attack and has cited its ongoing investigation into that incident as justification for stonewalling IAEA access to the workshop.

But Grossi sought to quell suspicions that the camera could have been used in such a way, saying “[T]hese cameras cannot be tampered with…[they] cannot be violated by anybody.”

“It is absurd to say that the IAEA cameras [were] part of some sort of sabotage,” he insisted.

The prolonged dispute over access to the facility, coupled with the IAEA’s already reduced presence in Iran, has driven speculation that Iran was diverting equipment from Karaj for malign use.

Iran resumed operation of the facility in August and accelerated production activities in November, according to a Nov. 16 report by The Wall Street Journal.

On Dec. 1, the IAEA confirmed that Iran began enriching uranium using a chain of 166 IR-6 centrifuge machines at Fordow, an activity that is prohibited by the JCPOA. Asked by a reporter on Dec. 17 whether the new centrifuges were produced at the Karaj centrifuge workshop, Grossi responded that “it would be a logical conclusion.”