“Your association has taken a significant role in fostering public awareness of nuclear disarmament and has led to its advancement.”
– Kazi Matsui
Mayor of Hiroshima
June 2, 2022
AUKUS States Sign Information Exchange Deal

For the first time, the United Kingdom and the United States may now share sensitive naval nuclear propulsion information with Australia, a non-nuclear-weapon state, as a result of a trilateral agreement signed on Nov. 22. 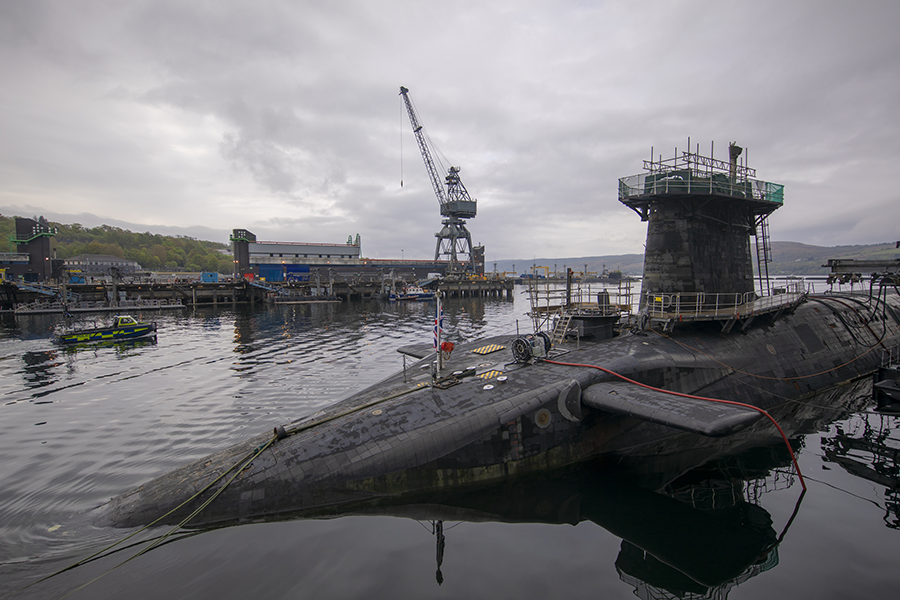 The Exchange of Naval Nuclear Propulsion Information Agreement marks the latest step by the security partnership, known as AUKUS, to provide Australia with a fleet of at least eight nuclear-powered submarines.

The multifaceted AUKUS initiative, announced Sept. 15, will also facilitate the sharing of information in a number of technological areas, including artificial intelligence, underwater systems, and long-range-strike, cyber-, and quantum capabilities. According to U.S. President Joe Biden on Sept. 15, the objective of the new trilateral alliance is “ensuring peace and stability in the Indo-Pacific [region] over the long term.”

Although the submarine project is in its early stages, the AUKUS pact could ultimately allow Australia to become the first non-nuclear-weapon state to field a nuclear submarine. (See ACT, October 2021.)

In a Nov. 22 press release, Australian Defense Minister Peter Dutton stressed that the agreement allows only for the sharing of information, not equipment or technology. The agreement is subject to consideration by the U.S. Congress under Section 123 of the 1954 Atomic Energy Act, which regulates U.S. nuclear trade, and to a UK parliamentary review. Section 123 establishes conditions and outlines the process for major nuclear cooperation between the United States and other countries.

According to a Dec. 1 message from the White House to Congress, “The agreement would permit the three parties to communicate and exchange naval nuclear propulsion information and would provide authorization to share certain restricted data as may be needed during trilateral discussions, thereby enabling full and effective consultations.”

Dutton explained that the agreement will support an 18-month examination by the three countries into the steps necessary for Australia to acquire the submarines, including training and education to “safely and effectively build, operate, and support nuclear-powered submarines.” It remains unclear whether the vessels will be based on existing UK or U.S. attack submarines or on an entirely new design. In September, Dutton told reporters that Australia may lease vessels from its partners in the near term to “provide opportunities for us to train our sailors [and to] provide the skills and knowledge in terms of how we operate,” suggesting that the submarines may share a similar design.

The AUKUS project already has skirted international norms regarding the sharing of nuclear information and technology between nuclear and non-nuclear states. Pending domestic legislative review in the UK and the United States, Australia will soon become the first non-nuclear-weapon state privy to the sensitive engineering and mechanics of U.S. and UK nuclear submarines, powered by onboard nuclear reactors. Even without the transfer of materials, the sharing of protected information on UK and U.S. naval nuclear propulsion design entrusts Australia with an immense responsibility as a steward of that sensitive technical knowledge.

Australia’s new submarines will likely run on highly enriched uranium. Australia is a party to the nuclear Nonproliferation Treaty (NPT), and on Nov. 22, Dutton asserted that “Australia is not seeking nuclear weapons.” Irrespective of Canberra’s intentions, however, because only nuclear-weapon states currently field nuclear submarines, there is no precedent for the International Atomic Energy Agency (IAEA) to safeguard naval nuclear propulsion technology or the fissile material used on board those vessels. As a non-nuclear-weapon NPT state, Australia is required to place all nuclear materials within its jurisdiction under nuclear safeguards. Mounting uncertainty over whether and how Australia’s vessels will be appropriately safeguarded is exacerbating concerns about potential nuclear proliferation and the precedent the new submarines could set.

In an Oct. 29 memo to the IAEA, China called for a special meeting of the agency’s members to consider the parameters of a regime to safeguard naval nuclear technology. Beijing urged that the AUKUS partners refrain from commencing their cooperation until a safeguards system is in place.

Although the November sharing arrangement pertains only to information, not nuclear materials, the Chinese spokesman criticized the nuclear submarine scheme as “clearly violat[ing] the object and purpose of the NPT and seriously impact[ing] the international nuclear nonproliferation regime.”

“It is extremely irresponsible for the three countries to forge the so-called agreement on the exchange of naval nuclear propulsion information [and] advance nuclear submarine cooperation in disregard of international rules and opposition of parties,” Zhao said.

In a statement to the IAEA Board of Governors on Nov. 24, Director-General Rafael Mariano Grossi said that Australia, the UK, and the United States had not provided the agency with additional information on the project or its safeguards implications since announcing the agreement in September.