The Biden administration made progress over the past two months in filling key arms control and national security posts within several departments. 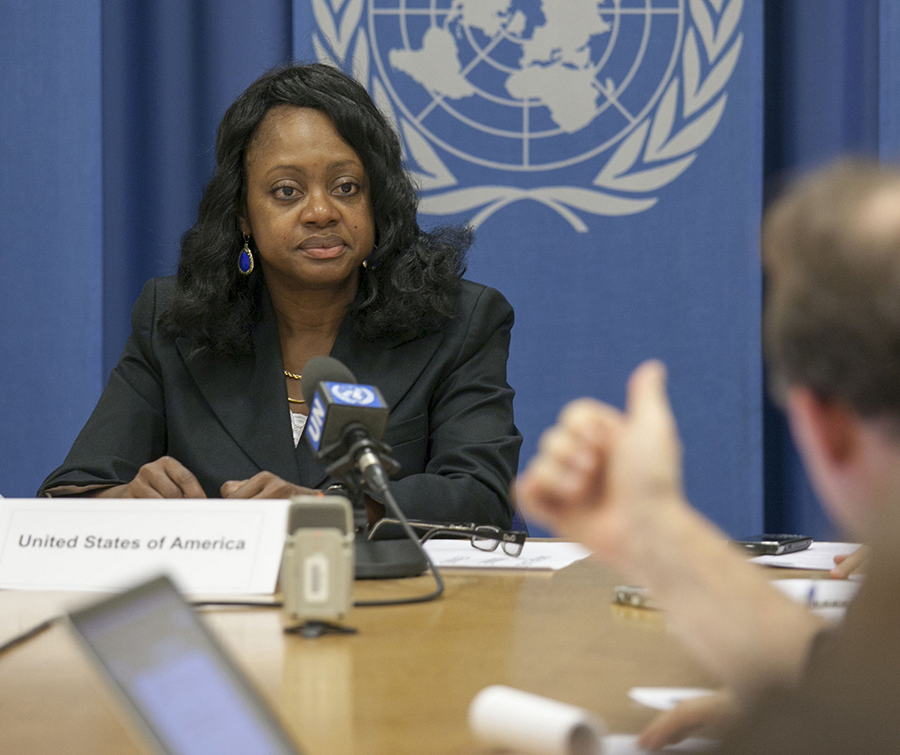 Bonnie Jenkins was sworn in on July 25 as undersecretary of state for arms control and international security. Just three days later, she led the U.S. delegation, alongside Deputy Secretary of State Wendy Sherman, in a round of the U.S.-Russian strategic stability dialogue in Geneva.

“I am committed to reduce the risk of nuclear war by effective arms control, limit Russian and [Chinese] nuclear expansion, strengthen biosecurity, and pursue accountability for the use of chemical weapons,” Jenkins posted on Twitter following her swearing-in ceremony.

Jenkins, a former board member of the Arms Control Association and former coordinator for threat reduction programs at the State Department under President Barack Obama, will oversee bilateral talks with Russia on strategic stability and nuclear arms control, as well as guide U.S. strategy for the upcoming 10th review conference for the nuclear Nonproliferation Treaty.

In addition, Biden nominated Mallory Stewart on July 2 to become assistant secretary of state for arms control, verification, and compliance, a position that reports to Jenkins. Stewart currently serves as a special assistant to the president and senior director for arms control, disarmament, and nonproliferation on the National Security Council. She previously served as deputy assistant secretary of state for emerging security challenges and defense policy during Obama’s second term.

Stewart’s confirmation hearing before the Senate Foreign Relations Committee has yet to be scheduled.

Also among the Obama administration alumni tapped to join the Biden team is Laura Holgate, who was nominated July 27 to be the U.S. representative to the Vienna office of the United Nations and to the International Atomic Energy Agency (IAEA). Holgate previously served as U.S. ambassador to the IAEA from July 2016 until January 2017.

At the Pentagon, Biden nominated Sasha Baker as deputy undersecretary of defense for policy and Deborah Rosenblum as assistant secretary of defense for nuclear, chemical, and biological defense. Baker is now the White House’s senior director for strategic planning at the National Security Council and served as deputy chief of staff to Defense Secretary Ash Carter during the Obama administration. She was nominated Aug. 10, and her confirmation hearing has yet to be scheduled.

Rosenblum, an executive vice president at the Nuclear Threat Initiative (NTI), a nongovernmental organization, previously held multiple senior positions in the Office of the Secretary of Defense. Following her nomination April 27, she was confirmed by a voice vote of the Senate on July 29, and Pentagon spokesperson John Kirby said on Aug. 10 that the department recently welcomed her to its ranks.

With a bipartisan vote of 79–16, the Senate confirmed Jill Hruby on July 22 as undersecretary of energy for nuclear security and administrator at the NNSA, a semiautonomous agency at the Energy Department. Biden nominated Hruby, a former director of Sandia National Laboratories, in April.

Hruby will “lead our efforts to maintain a safe and reliable nuclear deterrent and protect our national security,” said Energy Secretary Jennifer Granholm following Hruby’s confirmation. “She is a brilliant leader, a model public servant, and an inspiration to engineers and rising stars everywhere.”

Biden also announced on Aug. 4 his nomination of Corey Hinderstein as deputy administrator for defense nuclear nonproliferation at the Energy Department. She previously served as senior coordinator for nuclear security and nonproliferation policy affairs in that office and currently is the NTI vice president of international fuel-cycle strategies.

“If confirmed, she would lead our nonproliferation work and help keep our nation and our world safe from nuclear threats,” Granholm said about Hinderstein’s nomination.