The United States accounts for an increasing share of global trade in major conventional weapons, according to the annual arms transfer survey by the Stockholm International Peace Research Institute (SIPRI). The SIPRI report reviewed global conventional arms transfers through the end of 2020 and before the arrival of the Biden administration. 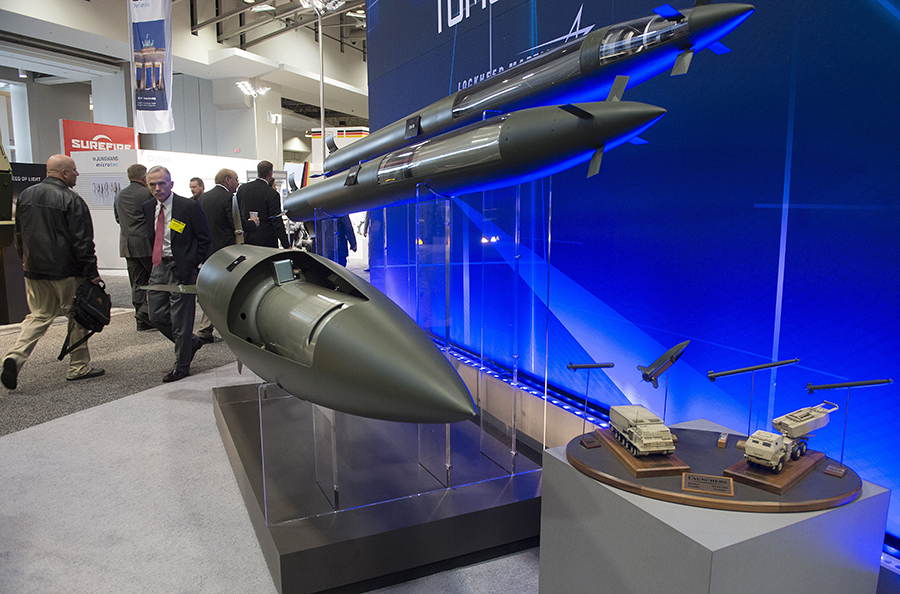 The volume of exports last year was exceptionally low in part due to the COVID-19 pandemic, but Pieter D. Wezeman, one of the report co-authors, said in a March 15 statement accompanying the report that “[i]t is too early to say whether the period of rapid growth in arms transfers of the past two decades is over.”

SIPRI researchers measured the volume of trade with a trend-indicator value, a metric based on actual deliveries of major military equipment rather than purchasing announcements, and analyzed trends spanning the past decade. It found that the volume of international trade had decreased by 0.5 percent during 2016–2020 compared to five years earlier, but was 12 percent higher compared to 2006–2010.

United States accounted for 37 percent of exports over the past five years, which is an increase from 32 percent during 2011–2015, with identified exports of major arms to 96 states. Russia and China saw their respective shares of the global arms trade decline. Russia provided 20 percent of global arms, down from 26 percent in the previous period, with declines in transfers to India accounting for the major difference between these two periods. Russia accounted for 13 percent of arms supplied to states in the volatile Middle East region.

China, which is the fifth-largest arms supplier, was responsible for 5.2 percent of global arms transfers in 2016–2020, down slightly from its 5.6 percent share during 2011–2015. Pakistan accounted for more than one-third of the volume of China’s arms exports among Beijing’s 51 clients in the past five years.

SIPRI once again reported that Saudi Arabia continues to be the largest importer of major conventional weaponry, a position it has held for the past several years. The United States accounted for 79 percent of Riyadh’s weapons imports over the past five years, with Washington providing more than half of all weapons that were sold to states in the Middle East during that period. Ongoing policy reviews by the Biden administration concerning arms sales to nations where there are significant human rights concerns, including on multibillion-dollar sales to Saudi Arabia and the United Arab Emirates, could affect U.S. arms transfers to these states in the future. (See ACT, March 2020.)

Human rights concerns, as well as arms purchases from Russia, may factor into future U.S. arms sales to other states in the region. Shortly after notifying Congress of a potential $197 million sale of 168 RAM Block 2 ship-defense missiles, Secretary of State Antony Blinken expressed concerns to Egyptian Foreign Minister Sameh Shoukry about Cairo’s possible procurement of Su-35 fighter aircraft from Moscow. Blinken has also indicated the Biden administration would make human rights central to U.S.-Egyptian bilateral relations. Egypt was the world's third-largest arms importer over the past five years, according to SIPRI.

In 2019 the United States suspended Turkey’s participation in the F-35 fighter program over its planned acquisition of Russian S-400 anti-aircraft missile systems. In December 2020, Washington imposed sanctions under the Countering America’s Adversaries Through Sanctions Act (CAATSA) for procuring the systems after Congress required it to do so in the 2021 National Defense Authorization Act. Partly due to the halted F-35 deliveries, as well as increases in its own defense production, Turkey moved from being the world’s sixth-largest arms importer to its 20th largest.

India’s possible acquisition of the Russian S-400 systems is also raising concerns among some U.S. lawmakers. In his March 20 press conference during a visit to counterparts in New Delhi, U.S. Defense Secretary Lloyd Austin said he did address concerns about possible Indian acquisition of the S-400 system, but said that “the issue of sanctions is not one that's been discussed” since the weapons had not yet been acquired.

Shortly before the visit, Senate Foreign Relations Committee Chairman Bob Menendez (D-N.J.) sent a letter to Austin urging him to address possible CAATSA sanctions should India purchase S-400s, as well as the country’s anti-democratic activities. In the letter, Menendez said, “I strongly encourage you to make clear that in all areas, including security cooperation, the U.S.-India partnership must rest on adherence to democratic values.”