Diplomatic communications between North Korea and the United States remain stalled despite early outreach efforts from the Biden administration aimed at reviving talks on denuclearization and peace on the Korean peninsula. 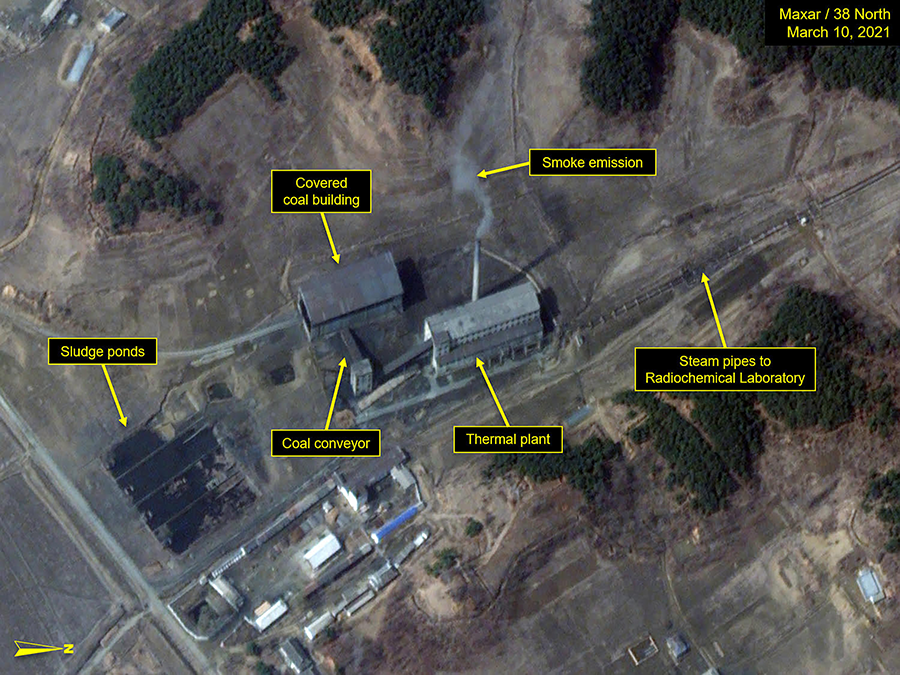 U.S. officials confirmed in March that the leadership in Pyongyang did not respond to several private messages delivered through multiple channels from the administration. But Pyongyang said publicly that it will “counter the U.S. on the principle of power for power and goodwill for goodwill.”

Although the content of the Biden administration’s outreach was not disclosed, White House press secretary Jen Psaki said on March 15 that the goal was to “reduce the risk of escalation.”

Choe Son Hui, the North Korean first vice foreign minister, labeled U.S. President Joe Biden’s outreach attempts as a “time-delaying trick” and stated on March 18 that no bilateral “contact and dialogue of any kind are possible unless the U.S. rolls back its hostile policy” toward North Korea.

The attempts to communicate with North Korea preceded a visit to Japan and South Korea by U.S. Secretary of State Antony Blinken and Defense Secretary Lloyd Austin. Blinken, Austin, South Korean officials, and Japanese officials all have affirmed that the North Korean nuclear and ballistic missiles issues are a priority.

In March 16 comments in Tokyo, Blinken said the United States would work toward the “complete denuclearization of North Korea.” Denuclearization was not referenced in the joint statement issued by Blinken and Austin and their South Korean counterparts.

Blinken also stated on March 18 before his meeting with Chinese officials in Alaska that China has a “critical role in working to convince North Korea to pursue denuclearization” because of its unique economic relationship and a “clear self-interest” in regional stability.

Chinese President Xi Jinping signaled on March 22, four days after Blinken’s statement, that he sent a message to North Korean leader Kim Jong Un about China’s willingness to “preserve peace and stability on the peninsula so as to make new contributions to regional peace, stability, development, and prosperity” alongside North Korea and “other related parties.”

Kim Yo Jong, sister to the North Korean leader, also criticized the U.S.-South Korean nine-day, computerized command post military exercise on March 16, eight days after the start of the event. She warned the United States to “refrain from causing a stink at its first step” and that “war exercises and dialogue…can never exist together.”

The joint exercise was part of the annual March and August exercises and was described by U.S. and South Korean officials as “defensive in nature.” These exercises also provide a space in South Korea’s perspective to prepare for the transfer of wartime operational control from an American to South Korean four-star general.

Kim Yo Jong pointedly contended that to expect “flexible judgment” is unintelligent when the exercises have been aimed against North Korea. In response to the March exercise, she threatened to disband organizations dedicated to inter-Korean talks that involved political cooperation, such as the Committee for the Peaceful Reunification of the Country, and economic tourism ventures such as the Kumgangsan International Tourism Bureau.

Kim Yo Jong stated that a repeal of the 2018 Comprehensive Military Agreement, which created air-, land-, and sea-based tension-reduction measures such as a five-kilometer buffer zone, could happen because of South Korean “provocative acts.” South Korean Defense Minister Suh Wook responded to Kim, saying her statement was “regrettable” and argued that South Korea is “prepared against any type of contingency.”

In move possibly intended to reinforce Kim Yo Jong’s message, on March 24 North Korea fired two short-range ballistic missiles approximately 300 miles over the East Sea, the first such tests in nearly a year. The launch of the missiles is a violation of UN Security Council resolution 1718.

Meanwhile, new satellite imagery indicates continued activity at North Korea’s Yongbyon Nuclear Research Center. According to experts at 38 North, the thermal plant, which supplies steam to the Radiochemical Laboratory (RCL) that extracts plutonium from spent reactor fuel, has shown signs of operation after a nearly two-year hiatus. Smoke emissions were detected beginning at least Feb. 25 and continuing into early March. Activity was also detected at one of the laboratory’s cooling units.

According to 38 North, however, it is “unclear whether the North Koreans have started a plutonium recovering campaign or are simply preparing to process radioactive waste” for now. The 38 North satellite imagery of the Uranium Enrichment Plant Complex on March 10 also shows signs of ongoing operations.

International Atomic Energy Agency Director-General Rafael Grossi said on March 1 that, “at present, there are no indications of the production of enriched uranium at the reported centrifuge enrichment facility at Yongbyon,” but there are internal construction activities at the experimental light-water reactor and evidence of activity at a suspected second enrichment site at Kangson.