In recent years, the United Kingdom has touted itself as one of the most transparent of the five nuclear-armed states recognized by the nuclear Nonproliferation Treaty (NPT), and its leaders leaned heavily on the fact that it was reducing the size of its nuclear force. 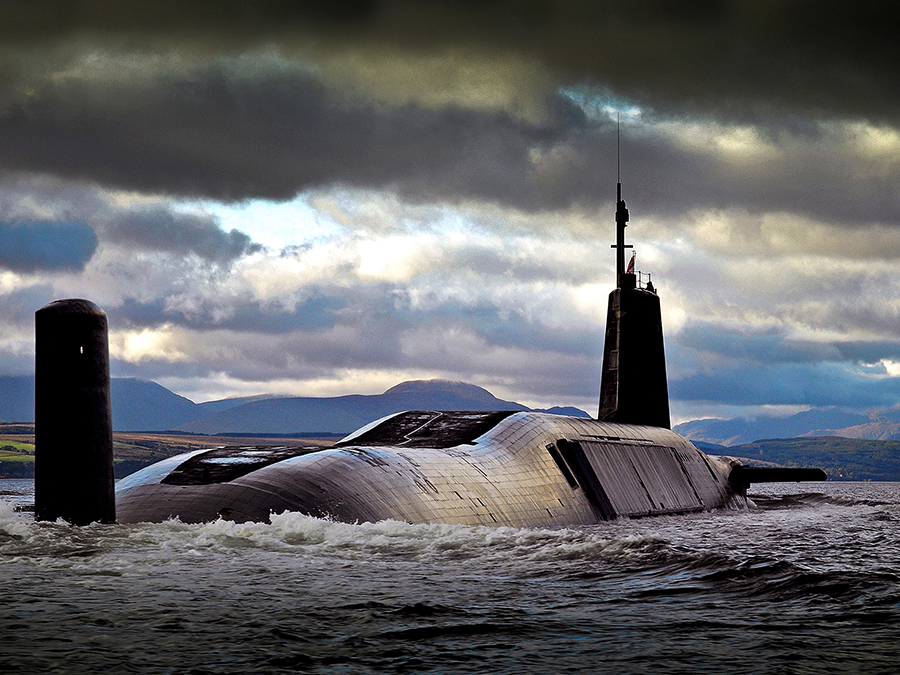 But in a major reversal that will complicate efforts to strengthen the NPT and exacerbate tensions with other nuclear-armed states, the UK announced on March 16 that it will move to increase its total nuclear warhead stockpile ceiling by 44 percent, to 260, and reduce transparency about its nuclear arsenal.

At the 2010 and 2015 NPT review conferences, UK officials said they would reduce their force to no more than 180 warheads on their four Vanguard-class strategic missile submarines. Open source estimates put the current size of the UK arsenal at 195 warheads. They described this decision as a contribution toward Article VI of the treaty, to "pursue negotiations in good faith on effective measures relating to cessation of the nuclear arms race at an early date and to nuclear disarmament.”

So, why the change? Prime Minister Boris Johnson’s integrated review of security, defense, development, and foreign policy attributes increasing the warhead ceiling to “the evolving security environment, including the developing range of technological and doctrinal threats.”

But the review fails explain how adding 80 warheads to the arsenal will enhance deterrence against these ill-defined threats, nor can UK diplomats explain how the increase strengthens the NPT. The UK now joins China and perhaps Russia as NPT-recognized nuclear-armed states planning to increase the size of their warhead stockpiles.

Tensions between the major powers are certainly high, but it is irresponsible to react by engaging in nuclear arms racing. Truly “responsible” nuclear-armed states seek to reduce tensions and increase stability by advancing serious arms control, risk reduction, and disarmament measures based on the principles of transparency and restraint.

Making matters worse, the UK also announced that it will “no longer give public figures for [its] operational stockpile, deployed warhead or deployed missile numbers.”

Like the United States, the past UK commitment to transparency about its nuclear forces has set it apart from other nuclear-armed states. Both have rightly criticized China for its excessive nuclear secrecy. Such opacity is irresponsible and unworthy of a democracy.

The new UK policy direction not only violates its NPT disarmament obligations, but it is completely out of step with U.S. President Joe Biden’s pledge to “take steps to reduce the role of nuclear weapons” in U.S. national security strategy. Biden has also recently said the United States “does not need new nuclear weapons.”

The UK government is headed in the opposite direction on new nuclear weapons too. The government, which claims it has an “independent” nuclear arsenal even though it depends heavily on U.S. support for its nuclear weapons program, is lobbying the U.S. Congress to appropriate U.S. taxpayer funds for a newly designed submarine-launched ballistic missile (SLBM) warhead, dubbed the W93.

This warhead, which the Trump administration proposed as a third type of SLBM warhead, is not only costly but unnecessary, given that the United States already has two SLBM warheads and has recently invested billions on refurbishment programs to extend their service lives. The W93 warhead is also unnecessary for the British nuclear force, which does not need a newly designed U.S. warhead to maintain its sea-based nuclear force.

Pursuit of the W93 also violates the Obama administration’s 2010 policy, which stated that the United States “will not develop new nuclear warheads. Life Extension Programs will use only nuclear components based on previously tested designs and will not support new military missions or provide for new military capabilities." Although a decade old, this remains the right policy for security and nonproliferation reasons.

The best way for the White House and members of Congress to support their allies in London is to remind them that nuclear buildups and new nuclear weapons are unnecessary strategically and unhealthy for international security and U.S.-UK relations.

The new UK nuclear policy will also complicate Biden administration efforts to pursue further bilateral arms control and reduction measures with Russia, which wants future arrangements to take into account the arsenals of the other nuclear-armed states, especially the UK and France. One option should be for China, France, and the UK to agree to cap their arsenals and provide more transparency regarding their nuclear stockpiles and doctrines, as Washington and Moscow move forward on further nuclear cuts.

The approaching 10th NPT review conference was already going to be difficult without the UK adding itself to the list of states acting inconsistently with its treaty commitments. The United States, along with other responsible nations, will need to redouble efforts to secure consensus on a meaningful action plan that holds the UK and the other nuclear-weapon states, plus the other parties to the NPT, accountable to their disarmament and nonproliferation obligations.