Journalist David E. Hoffman said, “Michael Elleman was a pioneer, determined to make the world safer.” Recalling a 2004 interview for his book The Dead Hand, about the dangerous legacy of the Cold War arms race, Hoffman noted that, at Lockheed Martin Corp. in the 1980s, Elleman had worked on the Trident D5 missile, but decided it would be better to eliminate than to create these dangerous weapons. He pursued that goal as an engineer, a government contractor, a UN inspector, and lastly as a think tank expert. 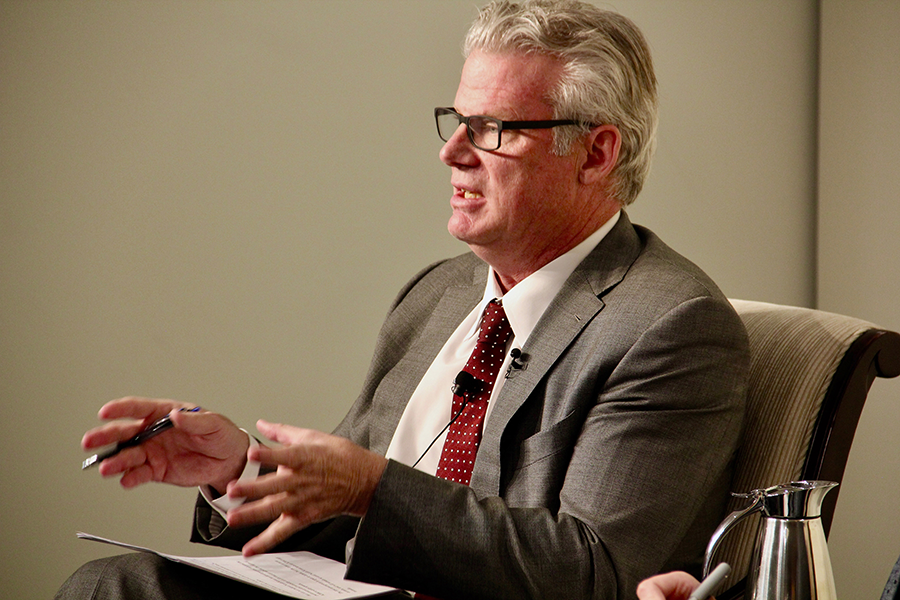 Elleman’s 40-year career was cut short on February 20, when he lost a long battle with cancer. Although he had been given a clean bill of health just last year, metastasizing melanoma aggressively returned in December. He is survived by wife Tatyana (Tanya), son Nikita, mother Irene, and brothers Daniel Jr. (Hiromi) and Bruce.

Influenced by his father, a renowned physicist at NASA's Jet Propulsion Laboratory, Mike earned BA and MA degrees in physics from the University of California at Berkeley. He then worked for two decades at the Lockheed Martin Research and Development Laboratories in Palo Alto. Among other projects, he conducted research on solid propellants, weapons elimination technologies, and nuclear effects. Nancy Ziuzin Schlegel, who is still at Lockheed Martin, remembers that his business card simply said, “Mike Elleman - Rocket Scientist.”

In the early 1990s, Elleman spent two years as a science fellow at Stanford University’s Center for International Security and Cooperation (CISAC), where he applied his technical knowledge to nonproliferation challenges. Under CISAC Science Director John Harvey, Elleman honed the research skills that would mark his contributions to the field.

While at Lockheed Martin and at a spin-off company, Elleman led a Cooperative Threat Reduction (CTR) program in Russia, aimed at dismantling long-range missiles. Hoffman’s interview notes say that Elleman worked with Soviet officials to create factories and engineering processes that could be used to eliminate weapons without hurting the environment. His hosts were resistant to discard products they considered to have great value. Officials in Ukraine wanted to convert 17,000 tons of dangerous UDMH rocket fuel for some civil purpose. They wondered, “Could they process it into shampoo, or maybe rust inhibitor, or a chemical to help preserve fruit?”

In 2002, Elleman was recruited to join the UN Monitoring, Verification and Inspection Commission (UNMOVIC) under Hans Blix as a chief inspector to verify the elimination of Iraqi missiles. Elleman said that what he had learned working in Russia paid great dividends working in Iraq. Former fellow inspector Charles Duelfer characterized Elleman “as one of the fraternity of arms control experts and practitioners who really understood the relationship between ideals, technology, and practicalities of verification.” 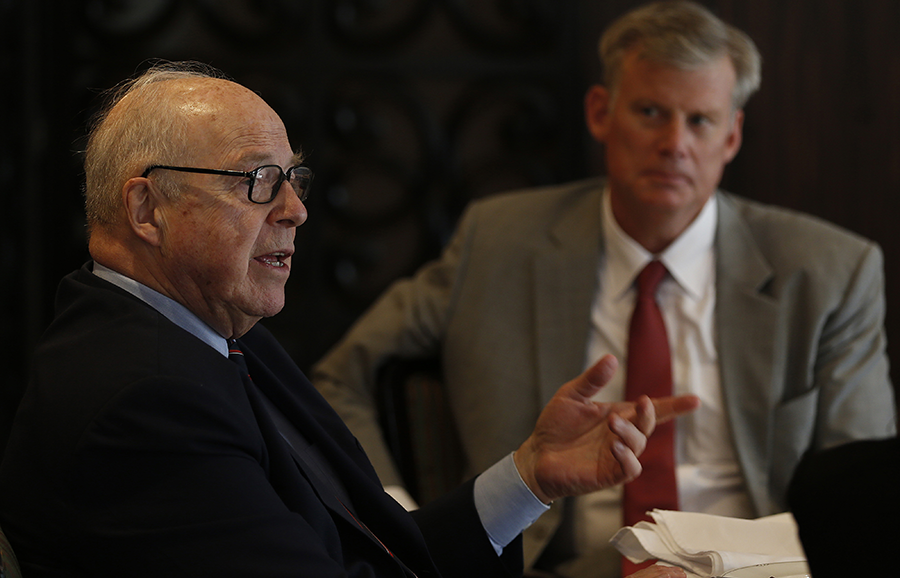 After the U.S.-led invasion of Iraq obviated the UN mission there, Elleman resumed his focus on dismantlement of obsolete Soviet arms. With the Washington-based firm of Booz Allen Hamilton, he carried out CTR projects in Russia, Kazakhstan, Georgia, and Azerbaijan for strategic arms elimination, biological safety and security, and proliferation prevention.

Having met Elleman at Booz Allen when I once explored a job there myself, I turned the tables in 2009 when I instead brought him to the International Institute of Strategic Studies (IISS) to produce a book about Iran’s ballistic missile program. The proliferation challenges of Iran and North Korea became the focus of the last 12 years of his career. At the IISS, most recently as director of the Non-Proliferation and Nuclear Policy program, he co-authored four books and wrote a hundred or so articles, op-eds and other analytical works on how to manage the risks posed by the spread of nuclear and missile technology.

Although his career was founded in science, Elleman’s interests were as broad as they were deep. A measure of the scope of his scholarship were the tomes on technology, history, and politics in English, Russian, and German that weighted his shelves and decorated his floors. The science pursuits, it must be added, included oenology.

The many tributes to Elleman posted on social media praised his intelligence and expertise, his humor and humility, and his passion for work and family. Journalists referred to his willingness to share his knowledge and his knack for doing so in understandable terms. Younger colleagues appreciated his gift of mentorship. Treating everyone as his equal and intent on helping them grow professionally, he made junior staff feel respected and valued in whatever endeavor. Målfrid Braut-Hegghammer, a political scientist at the University of Oslo, said, “For a new generation of analysts, he made sure we had a seat at the table. We are bereft.”

Former NATO Deputy Secretary-General Rose Gottemoeller called Elleman “a national treasure in his deep knowledge of missile programs across the world and a heck of a nice guy.” Siegfried Hecker, senior fellow emeritus at Stanford University, said, “Mike was discerning and collegial, unfailingly gracious and generous, and always friendly and unpretentious, and I would add he was the consummate professional. One could always rely on Mike for the unvarnished truth.”

Scott Sagan at CISAC offered a closing memory: “Mike was a man with many interests and great knowledge about all of them. I recall one evening when we went to a San Francisco Giants baseball game together, and in between innings, he explained to me how to assess Iraqi missile accuracy, the differences between left bank and right bank Bordeaux blends, and the qualities of a beautiful Heriz carpet. When he left the seats to go get something to eat, a neighboring fan who must have been listening in to our conversation, tapped me on the shoulder and asked, ‘Who is that guy?’ I just said, ‘My friend, Mike Elleman.’”

Mark Fitzpatrick is an associate fellow at the International Institute for Strategic Studies, where he formerly led the Non-Proliferation and Nuclear Policy program before retiring and turning it over to Michael Elleman. The two collaborated on three books, most recently Uncertain Future: The JCPOA and Iran’s Nuclear and Missile Programmes (2019).