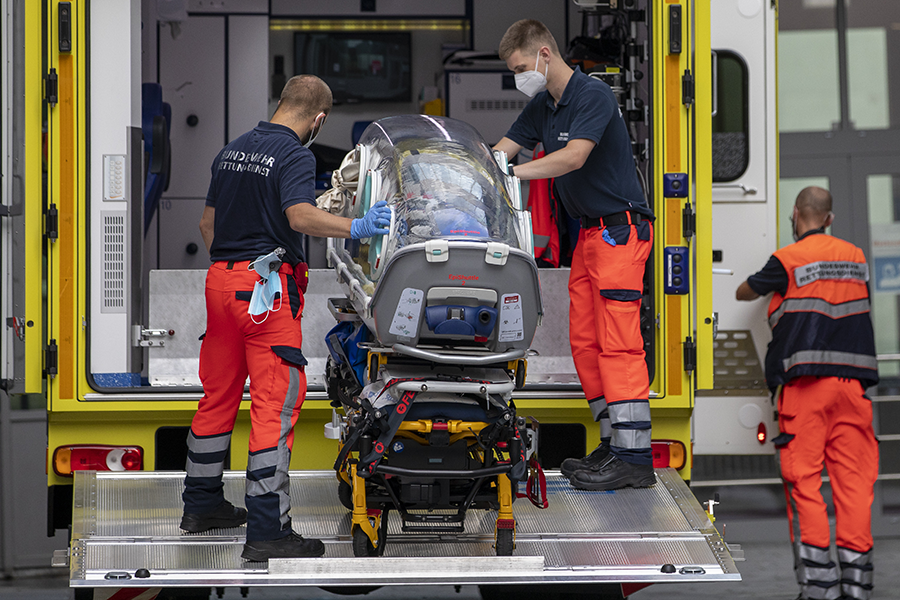 According to the global chemical watchdog, the toxins detected in Navalny’s bloodstream shared unique similarities to Novichok agents, including those that were added to the Chemical Weapons Convention (CWC) list of banned Schedule 1 agents in June 2020.

The CWC general-purpose criterion prohibits the use of any toxic agent as a chemical weapon, and the inclusion of a chemical agent on the CWC list of Schedule 1 substances goes a step further to obligate the declaration and destruction of those specific agents. For instance, the Novichok compound A-234, which was used to poison former Russian spy Sergei Skripal in 2018, is now required to be declared under the treaty. The Skripal incident triggered efforts by CWC states-parties to add Novichok agents to the list of Schedule 1 substances in November 2019. Four Novichok entries were ultimately added to the annex on chemical weapons after that amendment entered into force on June 7, 2020. (See ACT, December 2019.)

But the OPCW statement noted that although “the biomarkers of the cholinesterase inhibitor found in Mr. Navalny’s blood and urine samples have similar structural characteristics to toxic chemicals belonging to [Schedule 1],” the specific Novichok agent used to poison Navalny in August 2020 was not among those included in the amendment to the convention’s annex on chemicals.

Gregory Koblentz, who directs biodefense graduate programs at George Mason University, said in an Oct. 6 tweet that the OPCW language suggests a similar Novichok agent, called A-262, was used to poison Navalny. He explained that A-262 agents combine features of two of the chemicals already included in Schedule 1, which were cited by the OPCW as having similar structural characteristics to the agent used on Navalny.

Koblentz detailed in a Sept. 30, 2019, article in The Nonproliferation Review that the presence of an additional nitrogen atom in A-262 and in similar Novichok compounds precluded their inclusion in the updated annex on chemicals, meaning that they were technically not subject to declaration and destruction following the CWC amendment.

The OPCW statement on Oct. 6 clarified that despite the specific agent’s absence from the annex on chemicals, “the use of chemical weapons by anyone under any circumstance [is] reprehensible and wholly contrary to the legal norms established by the international community.” OPCW Director-General Fernando Arias called on states-parties to uphold the global norm against chemical weapons use.

Despite Russian denials, French and German officials have maintained their suspicions of Moscow’s involvement in Navalny’s poisoning, which occurred on a domestic flight in Russia on Aug. 20. Kremlin spokesperson Dmitry Peskov said on Oct. 7 that Russia is not developing chemical weapons and that it is in full compliance with its treaty obligations, but a French and German statement issued the same day countered that “no credible explanation [for the incident] has been provided by Russia so far.”

Their statement concluded that “there is no other plausible explanation for Mr. Navalny’s poisoning than a Russian involvement and responsibility.” They successfully argued for European countries to impose economic sanctions against Russian officials presumed responsible for the attack.

EU foreign policy chief Josep Borrell announced on Oct. 12 that the vote to impose sanctions “was a complete acceptance by all member states,” but did not name the extent or the individual targets of the sanctions.

According to the OPCW, the Russian Foreign Ministry sent a letter Oct. 1 requesting assistance from the watchdog’s Technical Secretariat. Arias responded in an Oct. 2 letter seeking clarification from Moscow on the reasoning for the requested dispatch of the Technical Secretariat, noting that experts could be deployed to Russia on short notice. It remains unclear whether the OPCW has since launched its technical assistance to Russia.

The OPCW findings pursuant to the use of Novichok were reported ahead of the OPCW Executive Council meeting, which convened Oct. 6–9. The CWC conference of states-parties will meet Nov. 30–Dec. 4, where the incident will likely be subject to further discussion.