The Trump administration reiterated its threat to sanction any individual or entity that engages in arms trade with Iran after UN Security Council limits on transfers of conventional weaponry to and from Iran expired Oct. 18. 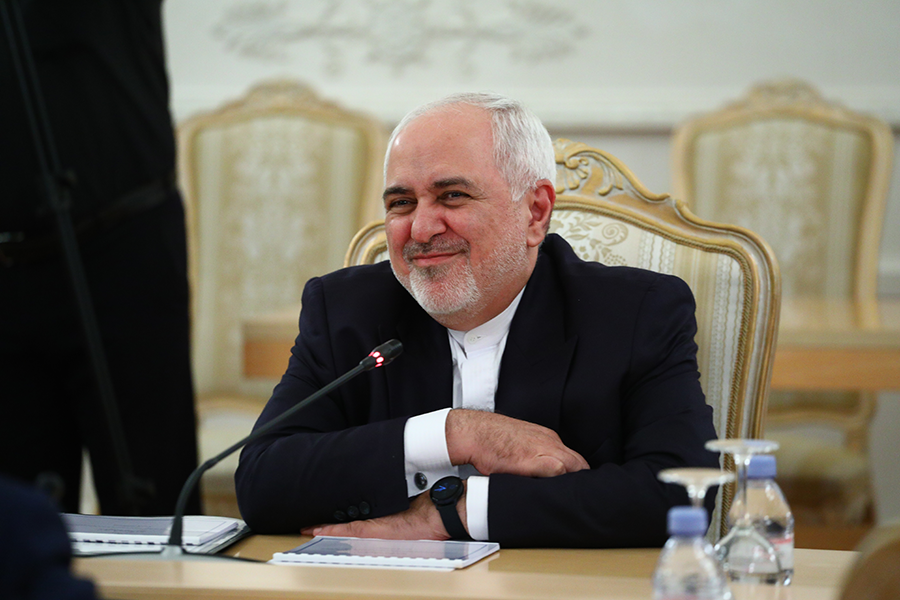 The lifting of the arms embargo was a “momentous day for the international community,” which was achieved in “defiance of the U.S. regime’s efforts,” said Iranian Foreign Minister Javad Zarif in an Oct. 18 statement.

But he said that Iran will not go on “a buying spree of conventional arms” because that has “no place in Iran’s defense doctrine.” He noted that Tehran will continue to rely on “indigenous capacities and capabilities” to maintain its “strong defensive power.”

U.S. Secretary of State Mike Pompeo did not acknowledge the expiration in an Oct. 18 State Department press release, but said that arms trade with Iran is still illegal under UN Security Council measures.

Pompeo said the United States is “prepared to use its domestic authorities to sanction” anyone that contributes to the sale or transfer of arms to and from Iran and those that provide training and financing for sales.

The United States has claimed that it reimposed all UN sanctions lifted or modified by Security Council Resolution 2231, which endorses and helps implement the 2015 nuclear deal known as the Joint Comprehensive Plan of Action (JCPOA). (See ACT, October 2020.)

But the Security Council rejected the U.S. attempt in September to reimpose the sanctions in order to prevent the arms embargo from expiring. Members of the Security Council, including U.S. allies and JCPOA parties France, Germany, and the United Kingdom, argued that the United States is no longer a party to the nuclear deal and therefore not entitled to use the mechanism in the resolution that allows for participants in the nuclear deal to reimpose UN sanctions in a way that cannot be vetoed.

UN Secretary-General António Guterres said in September that he will take no action to implement the Security Council sanctions the United States claims are reimposed, but it is unclear how many states will be willing to risk engaging in arms trade with Iran because U.S. sanctions on Iran were not lifted or modified by the JCPOA and EU restrictions on arms sales also remain in place.

Russia suggested in September that it would be willing to sell conventional arms to Iran after the embargo is lifted, but the two countries did not immediately announce any sales, and it is unlikely that many other countries will follow suit.

In an Oct. 18 tweet directed at Pompeo, Dmitry Polyansky, Russian ambassador to the United Nations, said, “[W]e are doing and will be doing business with Iran,” and it is not up to the United States “to tell us or others what they can or can’t do.” The tweet did not reference any arms sales.

A separate tweet by Polyansky urged the United States to stop provoking Tehran, refrain from selling arms to the region, and change its vocabulary to focus on dialogue and engagement, not sanctions and punishment.

Iranian Defense Minister Brig. Gen. Amir Hatami said on Oct. 18 that Iranian arms sales will far exceed purchases. He said that Iran has had discussions with a number of countries over the past year regarding arms sales and that Tehran will support efforts by states to defend themselves.

As part of its “maximum pressure” campaign, the Trump administration also announced sanctions against 18 additional Iranian banks on Oct. 8.

Treasury Secretary Steven Mnuchin said in a statement that day that the sanctions will continue until “Iran stops its support of terrorist activities and ends its nuclear programs.” He said that humanitarian exemptions will not be affected by the designation.

The U.S. designations were reportedly opposed by Washington’s European allies over concerns that cutting off additional Iranian banks would make it more difficult for Tehran to pay for humanitarian goods and services.

European officials have raised concerns about the effectiveness of U.S. humanitarian exemptions in the past.