Divisions among states-parties to the Comprehensive Test Ban Treaty (CTBT) are creating uncertainty as nations work to select the next leader of the treaty’s implementing body. Lassina Zerbo of Burkina Faso is in the final nine months of his second four-year term at the helm of the Preparatory Commission for the Comprehensive Test Ban Treaty Organization (CTBTO), and treaty members intend to select the organization’s next executive secretary at their semiannual meeting on Nov. 25-27. Normally a delicate political undertaking, this year’s selection process is further complicated by questions over which states-parties are eligible to vote, given that many are behind in paying their CTBTO financial dues. 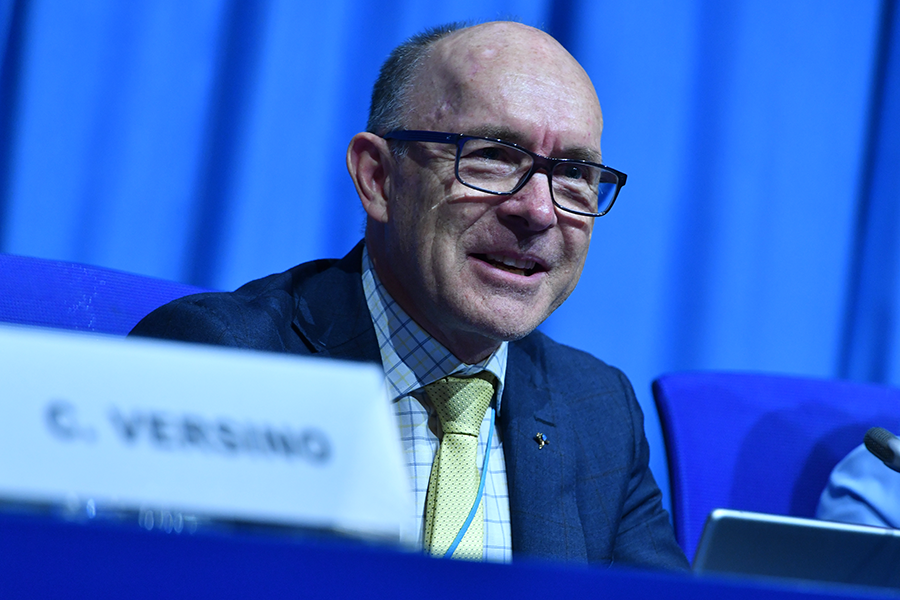 The process for formal nomination of candidates began Sept. 16 and will close Oct. 9. So far, one candidate, from Australia, has formally been nominated to lead the organization. Additional candidates are expected to come forward before the October deadline, according to diplomats in Vienna.

The executive secretary leads the 260-person organization’s work in building up and operating the treaty’s global verification regime in preparation for the treaty’s entry into force, as well as promoting its universality and entry into force. The Vienna-based organization has an annual budget of $128 million, which comes from member state contributions assessed on the UN dues scale.

More than a quarter-century after its conclusion, the CTBT has not entered into force due to the failure of eight holdout states that have failed to sign or ratify the treaty: China, Egypt, India, Iran, Israel, North Korea, Pakistan, and the United States. But the CTBTO International Monitoring System (IMS) is more than 90 percent complete, and its International Data Center is fully operational.

In the run-up to the latest meeting of the CTBTO Preparatory Commission, which began on June 25, the commission chair, Faouzia Mebarki of Algeria, consulted with states-parties on the election process. On June 12, Mebarki sent a note to Zerbo asking about his “availability to serve for another term.” On June 24, Zerbo indicated he would be available “to serve for another term” if member states so chose.

When the chair announced this just two days later, some states were surprised by the announcement. Although it was not a formal proposal to do so, a few delegations were concerned this was an effort to bypass a more open process, according to diplomatic sources familiar with the proceedings.

The European Union, in a June 26 statement, noted that “nothing in the applicable rules prevents the current executive secretary…from running for a third term in a fair, transparent, and competitive process.”

Zerbo, a geophysicist by training, has a long history with the CTBTO. He first joined the organization in 2004 to head its International Data Center (IDC), and he was chosen to be executive secretary in 2013. Since then, he has led work to complete the monitoring and verification system, including by bringing key monitoring stations in China online, strengthening the connections between the CTBTO and the global scientific community. He has also overseen efforts to provide access to IMS data products for member states in real time to assist with tsunami early warnings, responses to North Korean nuclear tests, and other applications.

The potential for a third term was received positively by several delegations as a way to provide continuity during a challenging time for the CTBTO amid the COVID-19 pandemic and disagreements between major nuclear powers. In a July 6 statement posted online, Alexey Karpov, Russia’s deputy permanent representative in Vienna, said “it would be the most painless decision, oriented for consolidation rather than division of member states.”

Several other key member states, however, expressed different views. In a June 25 statement, the U.S. delegation, in understated terms, expressed its opposition to reappointing Zerbo. “The United States generally does not favor more than two terms for the head of an international organization,” the statement said, reiterating the U.S. accusation that Russia has engaged in activities inconsistent with the treaty’s zero-yield standard.

According to sources familiar with the Preparatory Commission discussions, some EU states, including Germany, Italy, and the Netherlands, also oppose a third term for Zerbo, as do other notable countries such as Australia, Japan, and the United Kingdom.

Australia, historically a strong supporter of the CTBT, has put forward Robert Floyd as its own candidate for the executive secretary position. He is currently the director-general of the Australian Safeguards and Non-Proliferation Office (ASNO), which implements the CTBT, Australia’s nuclear Nonproliferation Treaty safeguards and physical security commitments, the Chemical Weapons Convention, the South Pacific Nuclear Free Zone Treaty, and Australia’s 25 bilateral nuclear cooperation agreements. As head of ANSO, Floyd oversees operation of Australia’s 23 IMS facilities.

“A successful candidature would build on Australia's continuing commitment to nuclear non-proliferation and disarmament and would be the first appointment from the Indo-Pacific, a region that was the scene of so much nuclear weapons testing in the past,” said Australian Foreign Minister Marise Payne in a Sept. 18 press statement.

States-parties will resume consultations on Oct. 8. As of press time, Zerbo’s name has not been formally put forward into nomination.

One key factor that may affect decisions regarding additional candidates and the selection process itself will be which countries will have a vote on the matter.

As of July, some 73 CTBTO member states had not fully discharged their financial obligations to the CTBTO, which has resulted in the withholding of their voting rights. With this in mind, the Group of 77 and China said in their June 25 statement that “the inclusive participation of all state signatories in the election process is essential for the legitimacy of the entire process.”

Other states, primarily from Europe, countered that allowing voting by states-parties that have not fulfilled their financial obligations would set a bad precedent.

Unpaid dues are a chronic problem for many intergovernmental organizations that depend on a prorated system of contributions from member states. The problem has become more acute this year as many countries’ economies have been impacted by the COVID-19 pandemic. Several delegations, including Australia, the EU, Japan, and Russia have said the issue could affect the organization's financial stability and urged all states to fully pay their assessed dues.

After considerable debate and unable to reach agreement on the selection process or eligibility, the June commission meeting was suspended to allow for further consultations in July to try to resolve the matter. The Preparatory Commission meeting was reconvened on July 10, 20, and 24 to reach an agreement on procedures for the executive secretary election, including on how to decide whether states in arrears will be allowed to vote.

According to the final report of the June-July meeting, it was decided that states must meet their financial obligations to the CTBTO by Sept. 15 to be able to vote and put forward a candidate, but exceptions for certain circumstances will be allowed for “conditions beyond the control of the state signatory.” Consideration will be given to states who are making progress toward their annual assessed contribution or to states, such as Iran, who have negotiated a payment plan to meet their financial obligations.

As of Sept. 13, 17 states had made partial payments toward their current-year assessment, a group that includes smaller states such as Côte d'Ivoire and Niue and wealthier states including South Korea and the United States. A group of 65 states, including the Marshall Islands, which was subjected to atmospheric nuclear testing by the United States; Yemen; and even wealthier countries such as Brazil are in financial arrears with voting rights suspended. To date, only 79 of the treaty’s 184 states-parties have fully paid their assessed contributions.

Sources indicate that more than 30 states in arrears have filed for exceptions in order to be granted voting rights for the executive secretary selection process.

On Sept. 10, the African Group issued a joint statement calling on all state signatories to make efforts “within their means, to meet their financial obligations” and for the Preparatory Commission to grant voting rights to countries that are unable to pay their contributions due to factors outside their control.

As CTBTO member states wrangle over difficult procedural and financial matters, there are bigger issues looming on the horizon that may affect the broader CTBT regime: the slow pace of progress toward entry into force, the possibility that North Korea may soon decide to end its unilateral nuclear testing moratorium, the Trump administration’s discussions about the resumption of nuclear tests and possible withdrawal from the CTBT, and unresolved accusations from Washington about Russian violations of the treaty.