The U.S. Air Force last month awarded a $13.3 billion development contract to the Northrop Grumman Corp. to build a new fleet of intercontinental ballistic missiles (ICBMs) amid continuing concern about the sole-source nature of the contract and the need for a new missile. 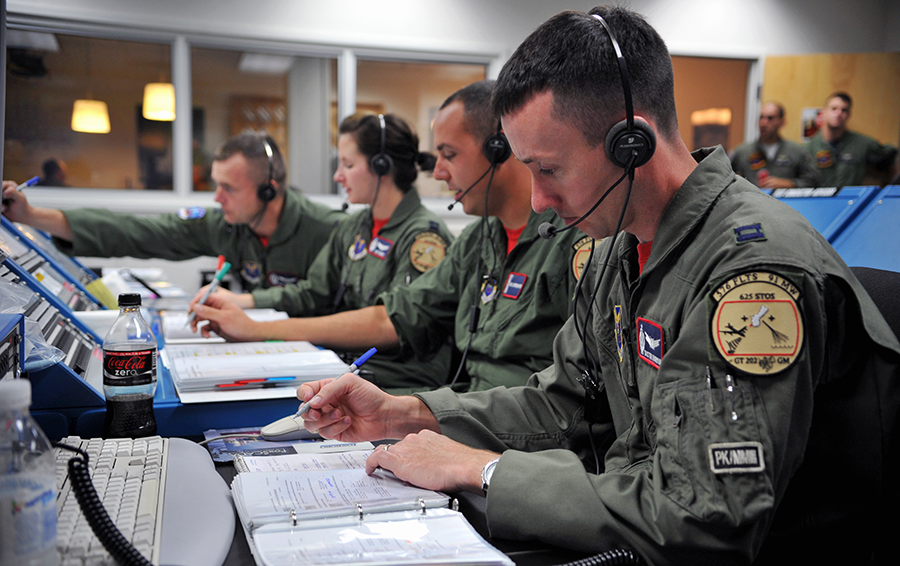 In a Sept. 8 press release announcing the award for the Ground-Based Strategic Deterrent (GBSD), the Air Force said the contract “advances the nation’s ability to maintain a robust, flexible, tailorable and responsive strategic nuclear deterrent.”

“The increased accuracy, extended range and improved reliability” of the new missile, the release said, “will provide the United States a broader array of options to address unforeseen contingencies, giving us the edge necessary to compete and win against any adversary.”

The announcement of the award was anti-climactic given that Northrop has not had any competition for the contractsince last summer.

After narrowing the search to two competitors in 2017, the Boeing Co. said last year that it would not bid on the contract, leaving Northrop as the only remaining contender. (See ACT, September 2019.) Boeing subsequently proposed to team up with Northrop, but Northrop refused. (See ACT, October 2019.)

There is no precedent for the absence of competition for a development contract the size of the GBSD program, which has prompted concern from some lawmakers.

House Armed Services Committee Chairman Adam Smith (D-Wash.) accused the Air Force last October of being “way too close to the contractors that they are working with.”

“This is really, really bad because competition is a good thing,” he said.

The Pentagon, however, has asserted that the GBSD program remains on track. Adm. Charles Richard, the commander of U.S. Strategic Command, praised the program in remarks to reporters on Sept. 14 as “a pathfinder.”

“I am fully confident in the Air Force’s ability to deliver the requirements and capabilities that I ask for on time, in the budget that they say that they’re going to need,” he said.

The Defense Department is planning to replace the existing Minuteman III ICBM, its supporting launch control facilities, and command-and-control infrastructure. The plan is to purchase 666 new missiles, 400 of which would be operationally deployed into the 2070s.

This does not include the cost for the National Nuclear Security Administration (NNSA) to build a new warhead for the missile. Known as the W87-1, the warhead is projected to cost $12.4 billion.

The Trump administration’s fiscal year 2021 budget request included $1.5 billion for research and development for the GBSD program and $541 million to continue the design of the W87-1 warhead. (See ACT, March 2020.)

A report published by the Government Accountability Office (GAO) in September warned that “[i]t is not clear that NNSA will be able to produce sufficient numbers of pits, the fissile cores of the primary, to meet the W87-1 warhead’s planned production schedule.”

The GAO also said that the NNSA “has not yet developed documented risk mitigation plans to address the risk of insufficient pits to sustain W87-1 production.”

A 2014 Air Force analysis, however, did not determine that extending the life of the Minuteman III is infeasible. Instead, the study found that the price to build a new missile system would be roughly the same as the cost to maintain the currently deployed Minuteman III.

The service arrived at this conclusion by comparing the total life-cycle cost of the two options through 2075 based on the current requirement to deploy at least 400 missiles for the entire 50-year service life of the new missile system.

Critics of the GBSD program claim that if the requirements for 450 missiles, a 50-year service life, and new capabilities are relaxed, then it is possible to extend the life of the Minuteman III for a period of time beyond 2030 and at less cost than the current approach.

“There is plenty of argument that we can extend the life of the existing ICBMs if we rely on fewer,” Smith said last October.

The Congressional Budget Office projected in 2017 that $17.5 billion in fiscal year 2017 dollars could be saved through 2046 by delaying development of a new ICBM by 20 years and instead extending the life of the Minuteman IIIs by buying new engines and new guidance systems for the missiles. (See ACT, December 2017.)

The fiscal year 2021 National Defense Authorization Act (NDAA) and defense appropriations legislation passed by both the Republican-led Senate and Democratic-led House this summer supported the Pentagon’s funding request for the GBSD program.

The legislation also supported the NNSA request for the W87-1 warhead.

The House-passed version of the NDAA, however, raises concerns about the complexity and cost of the GBSD program. The bill requires a report on the Air Force’s “planning in the event of a delay to full operating of the Ground Based Strategic Deterrent program of at least four years” and options to mitigate “risks to obsolesce of the Minuteman III weapon systems.”