The United States cited a number of concerns about other states’ compliance with major nuclear, chemical, and biological weapons agreements in a summary of the State Department’s annual compliance report, which was issued April 15. The report, “Adherence to and Compliance with Arms Control, Nonproliferation, and Disarmament Agreements and Commitments,” assesses activities during 2019 and was prepared by the Bureau of Arms Control, Verification and Compliance with input from the intelligence community. 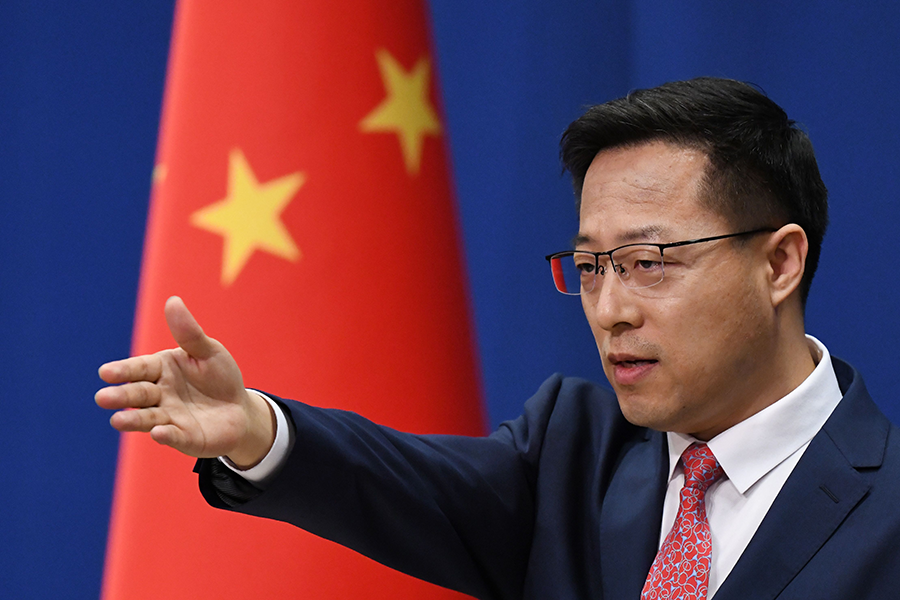 The report says that, in 2019, “the United States continued to be in compliance with all of its obligations under arms control, nonproliferation, and disarmament agreements.” Other states, including China, North Korea, Iran, Myanmar, Russia, and Syria, are not meeting all of their obligations, the report says.

The most significant charge relates to earlier U.S. claims that Russia and China have engaged in activities that are inconsistent with the “zero-yield” standard regarding nuclear testing, established through the negotiations on the 1996 Comprehensive Test Ban Treaty (CTBT), which prohibits all nuclear test explosions regardless of yield.

The report says that the United States “assesses that Russia has conducted nuclear weapons-related experiments that have created nuclear yield,” but appears to walk back earlier claims.

May 2019, the director of the U.S. Defense Intelligence Agency claimed that Russia had violated the zero-yield standard at its former nuclear test site in Novaya Zemlya. The State Department had earlier made this charge in its compliance report on 2018 activities. That report stated that, “during the 1995–2018 timeframe, Russia probably conducted nuclear weapons-related tests” at Novaya Zemlya. Further information was not provided, however, and many experts cast doubt on the allegation.

The latest State Department compliance report asserts that some Russian activities since 1996 “have demonstrated a failure to adhere to the U.S. ‘zero-yield’ standard, which would prohibit supercritical tests.” The report added the caveat that “the United States does not know how many, if any, supercritical or self-sustaining nuclear experiments Russia conducted in 2019.”

Russian Deputy Foreign Minister Sergey Ryabkov responded to the report on April 16, asserting that Russia “did not take any steps that would include elements of deviation from our obligations stemming from our unilateral moratorium on nuclear testing and from our ratification” of the CTBT. He countered by alleging that the United States “may well be bringing their test site in Nevada on high alert.”

The State Department report notes that Russia is still adhering to its commitments under the 2010 New Strategic Arms Reduction Treaty, which is scheduled to expire in February 2021. The Trump administration has not yet decided whether to take up Russia’s offer to extend the treaty by another five years.

The report also claims that certain activities at China’s former nuclear testing grounds at Lop Nur “raise concerns” that Beijing might not be complying with the zero-yield nuclear weapons testing. It mentions China’s “use of explosive containment chambers and extensive excavation activities at Lop Nur.” It also accuses China of “blocking the flow of data from the monitoring stations” set up in China by the Comprehensive Test Ban Treaty Organization (CTBTO) to verify compliance with the CTBT.

But these interruptions were part of the normal process of certifying the stations. According to The Wall Street Journal, a CTBT spokeswoman said that “[d]ata transmission from all certified stations was interrupted in 2018 after the testing and evaluation and certification process was completed.” She said that, “[i]n August 2019, ongoing negotiations on post-certification activity contracts with Chinese station operators were concluded and data transmission resumed for all five certified stations.”

These stations are part of the global network of more than 300 test ban monitoring stations worldwide. If and when the CTBT formally enters into force, states-parties can also request short-notice, on-site inspections to resolve compliance concerns. A number of experts have also suggested that former nuclear testing states, including China, Russia, and the United States, could agree to confidence-building measures to resolve questions about test site activities.

On April 16, Chinese Foreign Ministry spokesperson Zhao Lijian replied to questions about the U.S. charges. “China was among the first group of signatories to the CTBT. It supports the purpose and objective of the treaty, stays committed to the nuclear testing moratorium, and has made important contribution[s] to the work of the Preparatory Commission for the Comprehensive Nuclear-Test-Ban Treaty Organization,” he said.

“In recent years, the U.S. has stated explicitly in the Nuclear Posture Review report that it will not push for the ratification of the treaty and will even resume underground nuclear explosive testing if called upon to do so,” he added. “The international community should stay on high alert to this dangerous tendency and urge the U.S. to change course.”

Regarding Iran, the State Department report notes that the International Atomic Energy Agency (IAEA) reported in November 2019 that agency inspectors detected particles of chemically processed uranium at an undeclared site and that as of March 2020, the matter is still unresolved.

Concerning the Open Skies Treaty, the report repeats earlier charges that Russia was not in compliance in 2019 for imposing a sublimit of 500 kilometers over the Kaliningrad Oblast for treaty flights, for refusing access to observation flights along Russia’s border with the Georgian regions of South Ossetia and Abkhazia, and for denying planned U.S.-Canadian flights over a Russian military exercise in September 2019.

U.S. officials have indicated the United States may unilaterally withdraw from the treaty over these issues.

But the report fails to note that Russia recently approved and allowed a joint U.S.-Estonian-Latvian treaty flight over Kaliningrad this year. In addition, on March 2, Jim Gilmore, U.S. representative to the Organization for Security and Co-operation in Europe, said Russia will no longer raise an “objection” for the United States and its allies to “fly over one of their major exercises.” (See ACT, April 2020.)