May 2020
By Kingston Reif and Shannon Bugos

The United States could officially submit its intent to withdraw from the Open Skies Treaty by the end of September, despite strong support for the treaty in Congress and from allies and former U.S. officials. 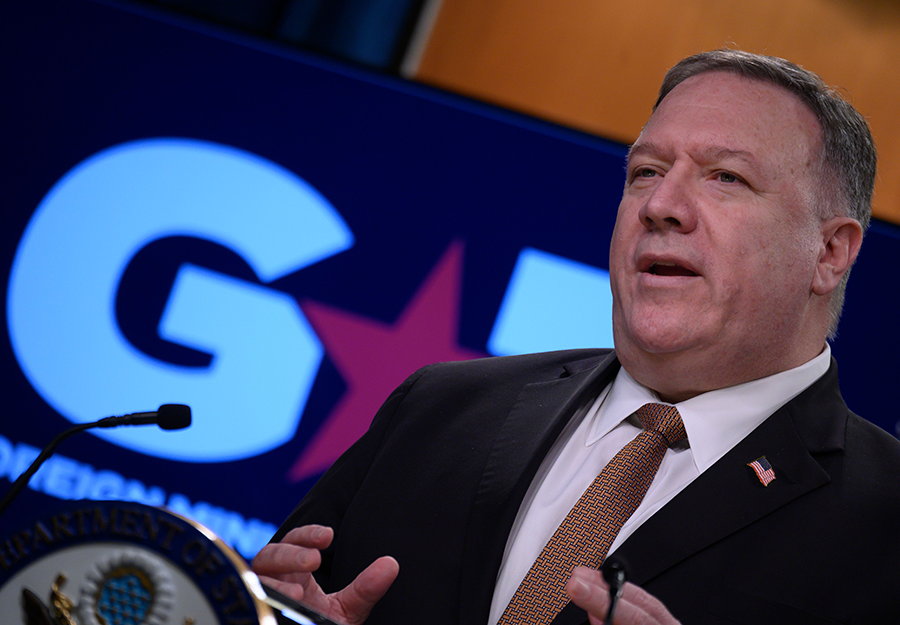 Secretary of State Mike Pompeo and Defense Secretary Mark Esper have decided to move forward with a U.S. withdrawal from the treaty, the Guardian reported on April 5. The report indicated that a statement of intent would be forthcoming soon, with an official notification to withdraw coming likely by the end of September. Per the treaty text, the U.S. decision would take effect six months after the official notice.

Russian Foreign Minister Sergey Lavrov suggested on April 23 that, “based on contacts with the Americans” and other states-parties to the treaty, the United States has decided to withdraw from the treaty. Russia’s response to the move will “depend on the wording of this decision, on what it exactly means,” Lavrov added.

“This decision would have far-reaching, negative repercussions for our European allies, who rely on this treaty to keep Russia accountable for its military actions in the region,” they wrote. “During a time when we need to push back against Russian aggression, we cannot continue to undermine our alliances—which is exactly what U.S. withdrawal from this treaty would do.”

Schulz, Perry, and Nunn argued that concerns about Russian compliance with the treaty “can and should be solved through professional, pragmatic diplomacy, not by abandoning treaty commitments.”

The United States asserts that Russia is violating the agreement by “imposing and enforcing a sublimit of 500 kilometers over the Kaliningrad Oblast” and by establishing a 10-kilometer corridor along Russia’s border with the Georgian border-conflict regions of South Ossetia and Abkhazia, according to the latest State Department report on arms control compliance.

According to an April 8 report in the Russian newspaper Kommersant, a treaty flight by Estonia, Lithuania, and the United States in February over the Kaliningrad enclave flew for more than 500 kilometers for the first time since Moscow imposed the sublimit in 2014.

Pompeo and Esper are proceeding with the process to withdraw even though a meeting of top officials on the National Security Council (NSC) on the issue has not taken place, according to an April 12 report in The Hill. NSC meetings on the future of the treaty had originally been planned for February and March, but were canceled.

According to a House aide cited by The Hill, the apparent “decision to withdraw prompted strong objection from the United Kingdom, France, Germany, and Poland.”

A State Department official told the news outlet that the administration is “currently reviewing the costs and benefits associated with our participation and considering all options under the treaty to achieve our national security objectives.”

U.S. Ambassador to Russia John Sullivan stated on April 22 that “all options” remain on the table with regard to the treaty’s future.

Signed in 1992, the Open Skies Treaty permits each state-party to conduct short-notice, unarmed observation flights over the others’ entire territories to collect data on military forces and activities. The treaty entered into force in January 2002 and currently has 34 states-parties, including the United States and Russia. Since 2002, there have been nearly 200 U.S. overflights of Russia and about 70 overflights conducted by Russia over the United States, although flights were suspended at the end of March due to the coronavirus pandemic and at press time there was no indication that flights would resume in May.