“What's really strikes me about ACA is the potential to shape the next generation of leaders on arms control and nuclear policy. This is something I witnessed firsthand as someone who was introduced to the field through ACA.”
– Alicia Sanders-Zakre
ICAN
June 2, 2022
Fulfilling the Promise of the NPT

As global leaders appropriately focus on the steps necessary to deal with the deadly effects of the coronavirus pandemic, they cannot afford to lose sight of the actions necessary to address the ongoing threat of nuclear proliferation and catastrophic nuclear war—the ultimate pandemic. 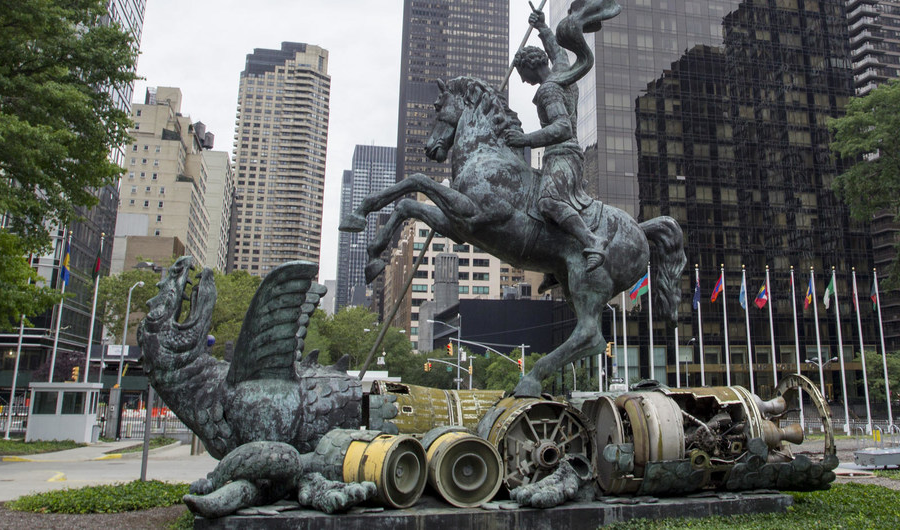 Twenty-five years ago, the world came together to extend and strengthen the bedrock agreement to reduce nuclear dangers: the nuclear Nonproliferation Treaty (NPT). Now, tensions among the world’s nuclear-armed states are rising; the risk of nuclear use is growing; hundreds of billions of dollars are being spent to replace and upgrade the already bloated arsenals of the world’s nine possessors of nuclear weapons; and key agreements that have kept nuclear competition in check are in serious jeopardy.

The resurgence of the nuclear weapons threat is due, in large part, to the failure of national leaders to seize earlier opportunities to significantly reduce the nuclear threat and to pursue a more intensive dialogue on measures to move toward the common goal of a world without nuclear weapons.

On May 11, 1995, NPT states parties committed to the “complete elimination of nuclear weapons.” Additional specific commitments were made at the 2000 and 2010 review conferences to advance implementation and compliance with the treaty.

These commitments represent a collective determination of how to fulfill the objectives of the NPT, including the disarmament obligations under Article VI. With few exceptions, these remain relevant, but they have largely been unfulfilled, such as the failure by the United States and China to ratify the 1996 Comprehensive Test Ban Treaty (CTBT). Some are at risk of being reversed or lost entirely, such as the 2010 New Strategic Arms Reduction Treaty (New START).

U.S. leadership has been key to the success of the NPT in the past. Today, the United States is, on balance, part of the problem not the solution. Senior Trump administration officials claim that the body of previous review conference commitments no longer applies. They downplay the urgency of today’s nuclear risks and argue unconvincingly that the “environment” is not right for progress on disarmament. They dismiss the CTBT without explanation and dither on whether to extend New START, arguing that China must somehow be involved in nuclear arms control before any further steps are taken.

Such excuses and blame-shifting by officials from the United States, and from other states, are unconstructive and irresponsible. Rejecting previous NPT commitments demeans the NPT process and casts doubt on the value of any new commitments.

The postponement of the 10th NPT review conference until 2021 offers an opportunity to shift course and to move further back from the nuclear precipice. Notwithstanding the different positions on Article VI, it is important that as many states as possible get behind the following measures in the run up to the 10th review conference, perhaps through a common statement:

In the absence of coherent and constructive nonproliferation leadership from the Trump administration, responsible states need to fill the void. Even if former Vice President Joe Biden is elected and becomes president in January, there may be very little time to craft a more enlightened U.S. approach ahead of the review conference.

Either way, now is the time to work together to build majority support for renewed action on concrete measures that advance disarmament and nuclear risk reduction goals. Sweden, and Germany and other states have made some strides toward a common framework on the next steps on nuclear disarmament. Leaders of the humanitarian initiative on nuclear weapons and key members of the Non-Aligned Movement also have role to play.

The world has been lucky that 75 years have passed since nuclear weapons were detonated in a conflict. If we are to reduce the nuclear threat and prevent the possible third use of nuclear weapons, we cannot afford to squander the opportunity to act while we still can.