The U.S. Defense Department is halting funding to replace the Pentagon’s aging aircraft used for flights under the Open Skies Treaty until the Trump administration decides the future of U.S. participation in the pact, Defense Secretary Mark Esper told Congress in March. 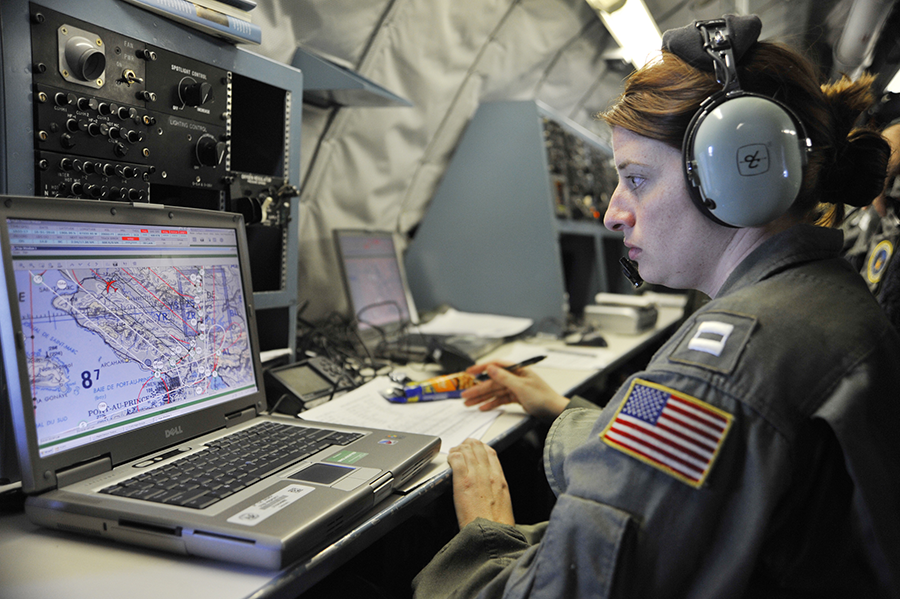 “Until we make a final decision on the path forward, I am not prepared to recapitalize aircraft,” Esper told the Senate Armed Services Committee during a March 4 hearing. “We still have the means to conduct the overflights,” he added, “[b]ut at this time, we’re holding until we get better direction.”

The Trump administration has yet to make a final decision on whether to remain a party to the treaty. The administration has reportedly warned allies that it could withdraw from the agreement if its concerns about Russian noncompliance and other shortcomings are not allayed. (See ACT, January/February 2020.)

“In due course, we will be getting together to do that, to decide the best path forward for our nation,” Esper said at a Feb. 20 press briefing.

Esper has not disclosed how he is advising President Donald Trump on the agreement, but told senators that he has “a lot of concerns about the treaty as it stands now.”

The United States maintains two Boeing OC-135B aircraft based at Offutt Air Force Base in Nebraska for treaty overflight missions. Congress appropriated $41.5 million last year to continue replacement efforts for these aircraft. The Air Force was planning to seek $76 million in fiscal year 2021 to continue the replacement process, but the final budget request published in February did not include any request for funding.

U.S. lawmakers criticized the administration’s actions. “By not recapitalizing the Open Skies aircraft, we are adding risk to our aircrews,” said Rep. Don Bacon (R-Neb.) in a statement to Defense News. Sens. Bob Menendez (D-N.J.), ranking member of the Senate Foreign Relations Committee, and Jack Reed (D-R.I.), ranking member of the Senate Armed Services Committee, sent a letter to Secretary of State Mike Pompeo on Feb. 28 opposing a potential withdrawal of the United States from the Open Skies Treaty.

“If this administration moves forward with a precipitous unilateral withdrawal from the treaty the United States will be less safe and secure,” they wrote.

But Sens. Richard Burr (R-N.C.), Tom Cotton (R-Ark.), and Ted Cruz (R-Texas) sent a letter to Trump on March 12 calling on him to withdraw from the agreement.

“It is well past time to withdraw,” they wrote, citing concern about the costs of the OC-135B replacement efforts and suggesting that the United States receives few benefits from the accord.

The senators also referenced Russia’s noncompliance with the treaty as grounds for withdrawal. The United States asserts that Russia is violating the agreement by restricting observation missions over Kaliningrad to flying no more than 500 kilometers and by establishing a 10-kilometer corridor along Russia’s border with the Georgian border-conflict regions of South Ossetia and Abkhazia.

The Defense Department has responded by restricting flights over the Pacific Fleet in Hawaii and the missile defense interceptor fields in Fort Greely, Alaska.

Meanwhile, Vayl Oxford, director of the U.S. Defense Threat Reduction Agency, commented on Feb. 11 before the House Armed Services Committee that the United States has had “a lot of consultation with our treaty partners” who view Open Skies as “very valuable.”

Oxford also said that “[i]f we fly all the missions currently planned this year, it’d be the busiest Open Skies season ever.”

James Gilmore, U.S. representative to the Organization for Security and Co-operation in Europe, on March 2 described Russian support for a recent mission that took place over Kaliningrad as “very cooperative.”

Gilmore also noted that Russia will no longer raise an “objection” for the United States and its allies to “fly over one of their major exercises,” as was reported.

“However, we don’t believe that that’s good enough,” he noted. “We think that we have to be holding the Russians strictly to account on the Open Skies Treaty.”

The widening impact of the novel coronavirus disease (COVID-19) pandemic is creating further complications. Citing the “serious public health risk posed by the spread of COVID-19,” on March 16, the chair of the Open Skies Consultative Commission, Belarus, requested a suspension of all Open Skies flights until April 26, according to a statement. The other parties agreed and have notified their suspension of flights, according to diplomatic sources.

Signed in 1992, the treaty permits each state-party to conduct short-notice, unarmed, observation flights over the others’ entire territories to collect data on military forces and activities. The treaty entered into force in January 2002 and currently has 34 states-parties, including the United States and Russia. Since 2002, there have been nearly 200 U.S. overflights of Russia and about 70 overflights conducted by Russia over the United States.