“Your association has taken a significant role in fostering public awareness of nuclear disarmament and has led to its advancement.”
– Kazi Matsui
Mayor of Hiroshima
June 2, 2022
Pentagon Tests Hypersonic Glide Body

The United States successfully tested a common hypersonic glide body (C-HGB) in a flight experiment on March 19 in Hawaii, demonstrating the Trump administration’s intention to match Chinese and Russian weapons advancement. The data collected from the experiment will support the development of several new hypersonic weapons systems, according to the Defense Department.

The Army and Navy jointly conducted the test from the Pacific Missile Range Facility in Kauai, Hawaii. 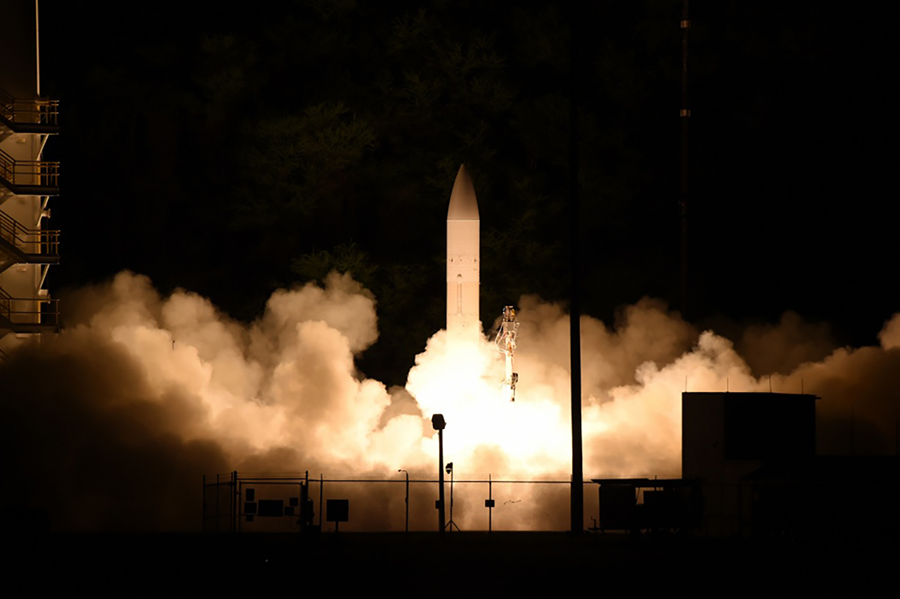 “This event is a major milestone towards the department’s goal of fielding hypersonic warfighting capabilities in the early to mid-2020s,” said the Pentagon on March 20.

Hypersonic weapons travel at least five times the speed of sound. Hypersonic glide vehicles are distinguished from traditional ballistic missiles by their ability to maneuver and operate at lower altitudes.

The Pentagon, with the support of Congress, is proposing to accelerate the development of conventionally armed hypersonic glide vehicles and cruise missiles to keep pace with Russia and China as they develop such weapons and to augment U.S. conventional war-fighting capabilities. Some experts, however, have questioned the military rationale for the weapons and warned that they could increase the risk of rapid escalation in a conflict or crisis. (See ACT, January/February 2018.)

The Trump administration is requesting $3.2 billion for fiscal year 2021 to accelerate the development of hypersonic weapons, an increase of $600 million above the previous fiscal year.

“The Navy and Army are working closely with industry to develop the C-HGB with Navy as the lead designer, and Army as the lead for production,” said the Pentagon after the flight experiment. “Each service will use the C-HGB, while developing individual weapon systems and launchers tailored for launch from sea or land.”

In addition to the Army and Navy programs, the Air Force is pursuing the Advanced Rapid Response Weapon system, for which it requested $382 million in fiscal year 2021.

The Defense Department has expressed varying rationales for the development of hypersonic weapons.

Michael Griffin, the undersecretary of defense for research and engineering, told the House Armed Services Committee on March 11 that the United States needs to develop hypersonic weapons “to allow us to match what our adversaries are doing.”

The Defense Department has also emphasized a specific military need for hypersonic weapons.

The department said on March 20 that the weapons would provide “the warfighter with an ability to strike targets hundreds and even thousands of miles away, in a matter of minutes, to defeat a wide range of high-value targets.”

“These capabilities,” said Michael White, assistant director for hypersonic weapons in the Office of the Undersecretary of Defense for Research and Engineering, “help ensure that our warfighters will maintain the battlefield dominance necessary to deter, and if necessary, defeat any future adversary.”