Tehran is refusing to cooperate with an International Atomic Energy Agency (IAEA) investigation into possible undeclared nuclear materials and activities in Iran, saying that the agency’s evidence is biased. 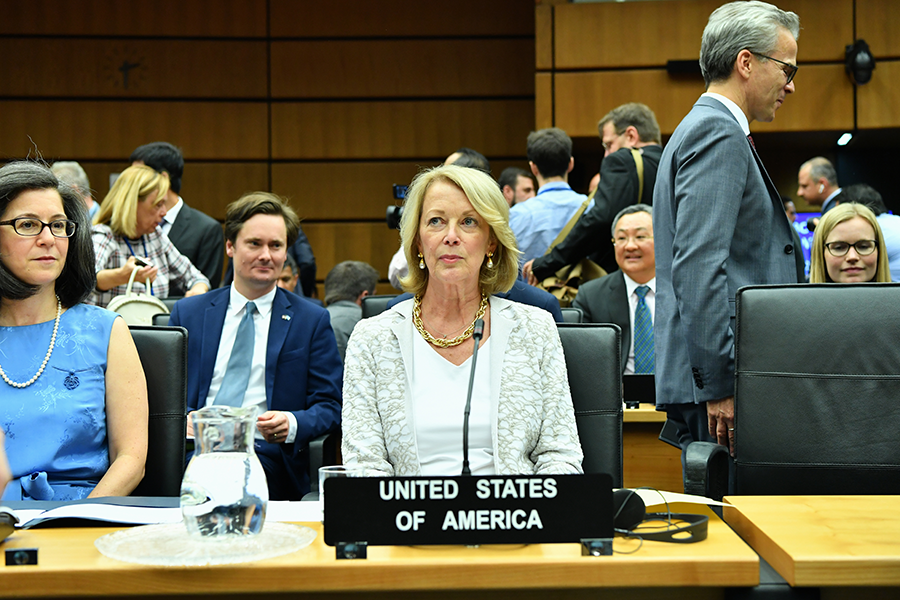 IAEA Director-General Rafael Grossi laid out the agency’s attempts since January 2019 to get information from Tehran about the possible storage and use of nuclear materials at three locations in Iran in a March 3 report to the agency’s Board of Governors.

In December, Grossi said that Iran was not responding satisfactorily to IAEA questions and revealed in February that he may ask for support from the agency’s 35-member Board of Governors if Tehran continued to refuse to cooperate with IAEA requests.

Iran has “not engaged in substantive discussions” to clarify agency questions about possible use and storage of nuclear materials and has “not provide access to these locations,” Grossi said on March 9. He called on Tehran to “cooperate immediately and fully” with IAEA efforts.

As a state-party to the nuclear Nonproliferation Treaty (NPT), Iran is required to implement a safeguards agreement with the IAEA. A safeguards agreement includes a declaration detailing the country’s nuclear activities and the locations of nuclear materials. The IAEA is responsible for verifying that a country’s nuclear materials are accounted for and being used for peaceful purposes.

As part of its implementation of the 2015 nuclear deal, Iran also agreed to provisionally implement an additional protocol to its safeguards agreement. The additional protocol gives the IAEA access to additional information about a country’s nuclear program, provides expanded access for inspectors, and allows for greater use of environmental sampling to test for the presence of nuclear materials.

The March 3 report says that the IAEA requested access to two of the sites in January 2020 to take environmental samples, but Iran has not allowed inspectors to visit those locations. The agency also observed activities that appeared consistent with sanitization efforts at one of the sites, the report said.

Iran dismissed the allegations of concealment as based on false reports from countries hostile to Iran. “Any absurd claim made by any regime or individual should not be the basis of the agency’s questions,” Iranian Foreign Ministry spokesman Seyyed Abbas Mousavi said on March 11.

He may be referring to information that Israel stole from Iran in 2018 and later shared with the IAEA. Israeli Prime Minister Benjamin Netanyahu said that the documents provide details about Iran’s past nuclear weapons work and has urged the IAEA to follow up on the information.

The March 3 report did not reference material provided by any state, but noted that all safeguards-relevant information provided to the IAEA is subject to “an extensive and rigorous corroboration process.”

Based on the IAEA report and Iran’s communications with the agency, it appears that the locations in question may be storing materials from Iran’s past nuclear weapons program and are not being used for ongoing or recent illicit nuclear activities.

In a Jan. 28 letter to the IAEA, Iran said it “does not consider itself obliged to respond to such allegations” because Tehran met its obligations under the 2015 nuclear deal to cooperate with the IAEA investigation into past nuclear activities.

The 2015 agreement, known as the Joint Comprehensive Plan of Action, required Iran to comply with the IAEA investigation into what was then known as the “possible military dimensions” of Iran’s nuclear program prior to receiving any sanctions relief.

The IAEA published a report in December 2015 concluding that Iran had a nuclear weapons program prior to 2003 and that some of the activities continued through 2009, but that there was no evidence of weaponization activities after 2009 or any credible indication that nuclear materials had been diverted for those programs.

Although the report closed the IAEA investigation into Iran’s past nuclear weapons activities, the agency is still required to investigate any evidence of undeclared nuclear activities.

Jackie Wolcott, U.S. representative to the IAEA, told the IAEA Board of Governors on March 11 that the IAEA report raises “very serious concerns regarding Iran’s compliance with its safeguards obligations” and noted that Iran “could be” violating its safeguards agreement.

She said that “any further delay, denial, or deception by Iran that inhibits” IAEA work “would require that the board appropriately escalate this issue.”