Along-awaited UN meeting on the creation of a zone free of weapons of mass destruction (WMD) in the Middle East took place Nov. 18–22 , 2019, but the next steps toward establishment of the zone are far from clear. Given that the conference did not produce a draft of a legally binding treaty, state delegates plan to convene again in November 2020. Before that, the prospective zone will be subject to deliberation at the 2020 Nuclear Nonproliferation Treaty (NPT) Review Conference beginning in April. 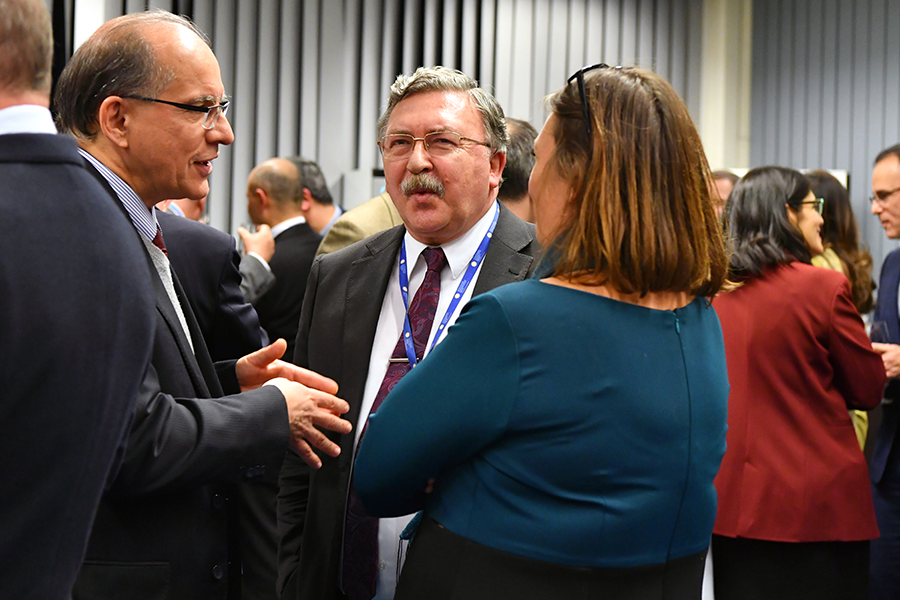 Since 1995, debate on the Middle Eastern WMD-free zone has dominated the global nonproliferation landscape. Nuclear weapon-free zones, which emerged in parallel to the NPT, are considered a key feature of the global nonproliferation regime. At the 1995 NPT Review and Extension Conference, a resolution co-sponsored by the United States, the United Kingdom, and Russia called for establishing a “zone free of nuclear and all other weapons of mass destruction and their delivery systems” in the Middle East. The zone would mark the world’s sixth nuclear weapon-free zone and the world’s first WMD-free zone.

The 2000 and 2010 NPT review conferences reaffirmed support for the zone, but participants in the treaty’s 2015 review conference failed to reach consensus on provisions concerning the initiative. Dissenting opinions by the United States, UK, and Canada prevented unanimous adoption of a final conference document.

In 2015 the challenge centered around a divergence between the Egyptian and Israeli positions. (See ACT, June 2015.) Although Israel is not party to the NPT, an Israeli observer delegation attended the review conference. Israel is also the only state in the region believed to possess a nuclear arsenal.

The final draft resolution on the zone, supported by Egypt, set an early deadline of March 2016 for convening a conference to negotiate a treaty and omitted language that had featured in the 2010 consensus document that stipulated the initial conference be convened “on the basis of arrangements freely arrived at.” Personal records by U.S. diplomats involved in the negotiations indicate that the draft text was adopted despite the dissenting U.S. opinion, which matched that of Israel.

A document submitted by the Israeli delegation titled “Towards a Regional Dialogue in the Middle East” noted Israel’s stance that “in order to promote any significant regional security architecture in the Middle East it is imperative that the regional states do not adopt positions that prevent the other side from participating in what should be an inclusive regional process between all relevant stakeholders.” Although not explicit, Israel’s position likely relates to its refusal to partake in a mandated, time-bound process for creating a WMD-free zone without due attention to the “broad range of security challenges facing the region.”

At the conclusion of the 2015 review conference, Rose Gottemoeller, then U.S. undersecretary of state for arms control and international security, said that the U.S. decision to block final consensus stemmed from the “unrealistic and unworkable conditions” pertaining to the Middle Eastern zone by setting an “arbitrary deadline” for convening a conference by March 2016.

Three years later, Egypt introduced a resolution to the UN General Assembly calling for convening an annual UN conference to make progress on the zone in parallel with the NPT process. (See ACT, December 2018.) In the political declaration adopted by the inaugural November 2019 conference, the participants “welcome all initiatives, resolutions, decisions and recommendations on the establishment of a Middle East zone free of nuclear weapons and all weapons of mass destruction.”

The UN initiative, mandated by the 2018 UN General Assembly decision, and the conference proposed at the 2015 NPT Review Conference are not one and the same, but the United States remains unwilling to support any process that sets a timeline for discussions on establishment of the zone. Christopher Ford, U.S. assistant secretary of state for international security and nonproliferation, announced at a think tank discussion on Aug. 2, 2019, that the United States would not participate in the November 2019 UN conference. “The path to a ‘zone’ can only lie through practical steps and confidence-building measures aimed at building trust and ameliorating unfavorable conditions in the broader security environment,” Ford said in published remarks from the event.

In an exclusive interview with Arms Control Today, Jeffrey Eberhardt, special representative of the president for nuclear nonproliferation, said that the United States “support[s] the establishment of such a zone if it is freely arrived at among the parties in the region.”

As recently as February 2020, at a side event of a meeting of the five nuclear-armed NPT states in London, Ford reiterated that the United States does not support the UN conference process.

Russia and the UK used the November 2019 conference to emphasize the need for an inclusive process. “To make progress, there needs to be a dialogue in which all states of the region feel they are able to participate, and their security concerns will be heard,” said Karen Pierce, the UK ambassador to the United Nations. Russian Ambassador Mikhail Ulyanov said the UN conferences “will be important for creating conditions for the inclusivity of the process, primarily Israel’s involvement in later stages.”

Although the November 2019 conference was held outside of the NPT framework, Russia and the UK expressed hope that the UN conference would help support a successful 2020 review conference.