In January, the Trump administration cancelled an Obama administration policy that had limited the potential U.S. use of anti-personnel landmines (APLs) to the Korean peninsula only. The previous policy sought to bring the United States closer to its allies and international norms for reducing the harm caused by indiscriminate weapons such as landmines. The White House said the new decision was needed because the Obama-era policy placed U.S. forces at a “severe disadvantage during a conflict against our adversaries,” according to a Jan. 31 statement. 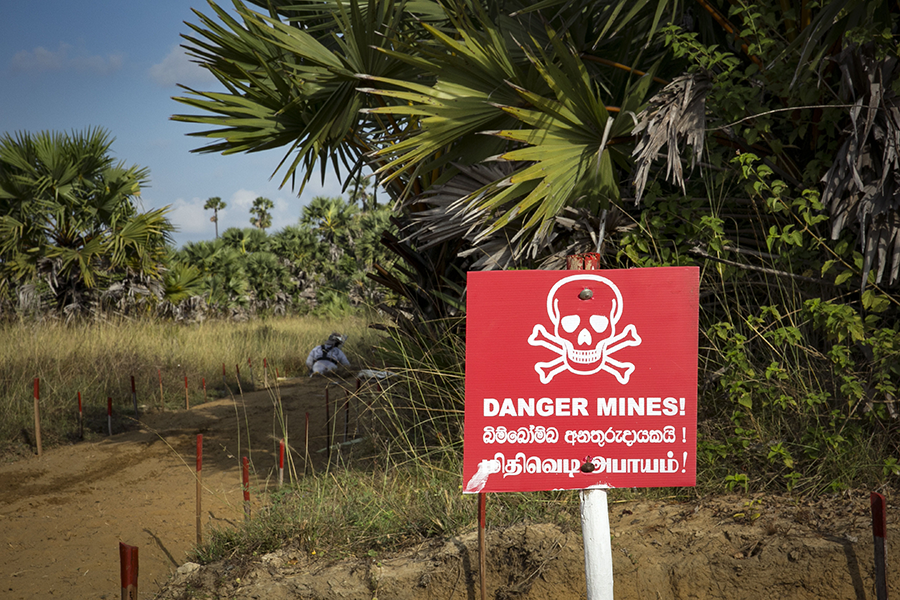 The announcement drew reproach from the international community and members of the U.S. Congress. In a rare rebuke, the European Union said on Feb. 4 that the new policy “undermines the global norm” against APLs. “Their use anywhere, anytime, and by any actor remains completely unacceptable” to the EU, it said. All EU members are party to the Mine Ban Treaty, which forbids the use of victim-activated APLs, mandates destruction of stockpiles, clearance of contaminated lands, and other measures. The treaty, which entered into force on March 1, 1999, now has 164 states-parties, including all NATO members aside from the United States. (See ACT, January/February 2020.)

The U.S. policy change was a “step in the wrong direction,” said treaty president Osman Abufatima Adam Mohammed, deputy permanent representative of Sudan to the United Nations in Geneva, on Feb. 3. The United States is by far the world’s largest funder of mine-clearance activities, contributing more than $3 billion since 1993 to conventional weapons destruction internationally. “This change in U.S. policy goes against its long-standing commitment to work towards the eradication of the suffering caused by anti-personnel mines,” added Mohammed.

U.S. officials defended the new policy, arguing that it aligned with the Trump administration’s National Defense Strategy and “the return to great power competition,” according to Jan. 31 comments from Victorino Mercado, performing the duties of acting assistant secretary of defense for strategy, plans, and capabilities. In his comments, as well as in a policy memorandum issued that day, concerns about near-peer competitors were cited as the primary rationale for lifting geographic restrictions on landmine use. Mercado said he did not foresee the United States using landmines in such places as Afghanistan, Kenya, Niger, or Syria. Other documents also indicated that the new policy was not in response to Iran. Decisions to use landmines would be made at the combatant-commander level, a four-star general or admiral, not by the president as had been previous policy.

The policy permits the use of what the administration calls “nonpersistent landmines,” which are “specifically designed to reduce unintended harm to civilians and partner forces.” According to the administration plans, the munitions must have self-destruct and self-deactivation mechanisms, with the self-destruct system set for 30 days or less. The policy does not allow for using landmines that do not have these features. Mercado argued that there is “only a six in 1 million chance of a U.S. landmine being active after a predetermined period,” but studies backing this assessment were not made publicly available. Critics of the policy have long argued that such studies are unreliable, and the Mine Ban Treaty does not make such a distinction when banning APLs that explode due to the “presence, proximity or contact of a person.”

U.S. officials stated that the United States will continue to uphold commitments under Amended Protocol II of the Convention on Certain Conventional Weapons (CCW). That protocol permits the use of remotely delivered mines that have an “effective self-destruction or self-neutralization mechanism and have a back-up self-deactivation feature,” and it calls for clearing or marking of mined areas after the cessation of hostilities. Citing 2010 and 2014 figures, the Landmine Monitor estimates that the United States possesses a stockpile of approximately 3 million such mines that could be delivered by aircraft or artillery, including ADAM, GATOR and Volcano systems.

The United States has not used these or other Mine Ban Treaty-banned mines since 1991, with the exception of a single use in Afghanistan in 2002. It has not exported them since 1992, nor produced new mines since 1997. Although President Bill Clinton ultimately did not join the Mine Ban Treaty, he set a goal for the United States to do so by 2006, a goal President George W. Bush rejected in 2004. Obama administration policy, announced in 2014, banned production and acquisition of APLs and halted their use outside the Korean peninsula. It also set the aspiration to accede to the Mine Ban Treaty, but did not set a date for that to occur.

Sen. Patrick Leahy (D-Vt.), a long-time anti-landmine leader, reacted quickly to the new policy. “The president’s decision to roll back the policy” on APLs “is as perplexing as it is disappointing, and reflexive, and unwise,” he said on Jan. 31. “This decision, like so many others of this White House, reverses the gains we have made and weakens our global leadership.”