We cannot take a passive stance on the nuclear threat. A worsening global security environment has led to milestone treaties and agreements being abandoned or facing an uncertain future and new nuclear capabilities being developed. Long-established norms are being challenged, as is the integrity of multilateral institutions. The current polarization and paralysis of multilateral disarmament frameworks are both deeply worrying and dangerous. The absence of trust is moving states farther apart from each other in areas where agreement and cooperation are crucial. 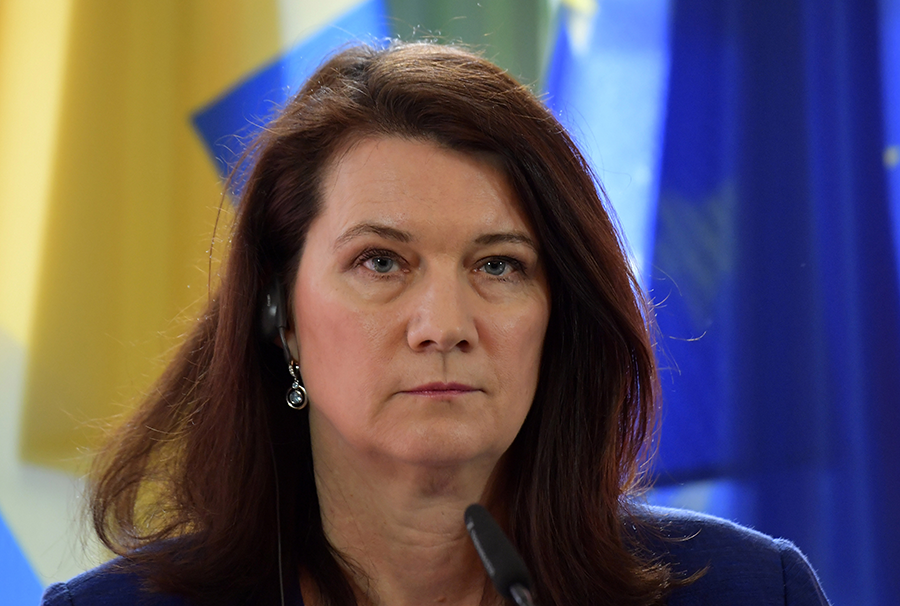 On March 5, we will commemorate the 50th anniversary of the nuclear Nonproliferation Treaty (NPT) entering into force. This year also marks the 25th anniversary of the treaty’s indefinite extension. It is a historic occasion for a treaty that has served our collective security very well for decades.

The NPT constitutes the cornerstone of the multilateral disarmament and nonproliferation architecture. It has been successful in preventing the spread of nuclear weapons, laying the foundation for significant reductions in nuclear arsenals and facilitating the use of nuclear energy for peaceful purposes. It is truly an impressive achievement.

The 2020 NPT Review Conference will begin in less than two months. The review conference provides an opportunity for states-parties to strengthen the NPT. This opportunity must be seized.

The Stockholm Initiative on Nuclear Disarmament brings together 16 non-nuclear-weapon states at a high political level. We are united in our engagement to strengthen the NPT. We strive to mobilize political momentum for an ambitious yet realistic outcome of the review conference and beyond, with particular focus on disarmament.

This should not be interpreted as a lack of engagement on the other NPT pillars. The review conference will need a balanced outcome, which includes all three pillars. They are an indispensable part of the NPT fabric: important and mutually reinforcing. They all need to be part of a consensus package.

The disarmament-related commitments and obligations from past review conferences, notably in 1995, 2000, and 2010, remain valid. Several are still outstanding and should be implemented urgently.

The main features of the Stockholm Initiative can be described through six C’s:

Common ground. The explicit purpose of the Stockholm Initiative is to build political support for a pragmatic and results-oriented disarmament agenda within the NPT framework. The initiative aims to reach common ground and promote a successful outcome of the NPT review conference.

Compatibility. The Stockholm Initiative does not seek to replace any other initiatives or groupings that already exist. Instead, it seeks to complement others by building broad political support for an ambitious and realistic disarmament agenda.

Composition. The Stockholm Initiative brings together a quite diverse group of 16 engaged non-nuclear-weapon states. We have different geographic perspectives and security policy profiles. This is in itself a source of strength and credibility because it requires a degree of internal bridge-building and a constructive mind-set, which also must be applied among the broader NPT membership ahead of the review conference.

Collaboration. The Stockholm Initiative has a collaborative and inclusive approach. It is an invitation to all states-parties to the NPT, nuclear- and non-nuclear-weapon states, to engage in a results-oriented dialogue. All states-parties must be ready to get out of their “comfort zones” and engage in a spirit of compromise in order to reach concrete results. I look forward to broad outreach by members of the initiative in the weeks to come.

Concept. A crucial part of the Stockholm Initiative is the stepping-stones approach, which can be best described as an action-oriented methodology. It takes a new look at the traditional disarmament agenda. In breaking down long-standing items into more digestible parts, it seeks to identify “actionable” measures that are within reach in the current security environment.

Confidence-building. The Stockholm Initiative also tries to support rebuilding of trust. The absence of trust between states is a major barrier to disarmament progress. The stepping-stones approach seeks to rebuild mutual confidence by engaging key actors in a practical, rather than normative, incremental process. By identifying and implementing short-term measures, we can mitigate current risks but also pave the way for further steps and progress on nuclear disarmament. This is the essence of the approach.

I am convinced that progress is possible, even in challenging times. We can, with strong political will and a forward-looking mind-set, start the journey of unlocking disarmament diplomacy through delivering on commitments.

Adapted from remarks by Swedish Foreign Minister Ann Linde to the Conference on Disarmament in Geneva on Feb. 24.