Technical problems with electrical components will delay production of the upgraded U.S. B61 nuclear gravity bomb and W88 submarine-launched ballistic missile warhead by around 20 months and cost as much as $850 million, according to the National Nuclear Security Administration (NNSA). 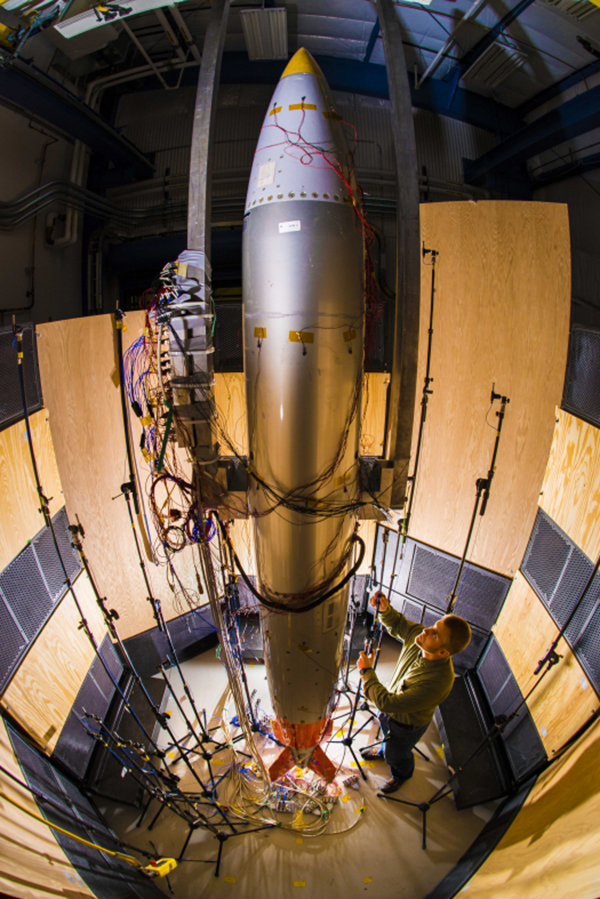 The setback raises fresh fears about the affordability and executability of the agency’s ambitious plans to modernize U.S. nuclear warheads and their supporting infrastructure. (See ACT, September 2019.)

“Stress testing concluded that commercially available capacitors” to be used in the weapons “did not meet reliability requirements,” said Charles Verdon, deputy administrator for defense programs at the NNSA, at a House Armed Services Committee hearing on Sept. 24. The NNSA “determined that the prudent approach is to replace those components rather than risk component failure in future years.”

The NNSA, a semiautonomous agency within the Energy Department, first revealed the technical issue earlier this year but did not disclose the length of the schedule delay or the cost to fix the problem until September. (See ACT, June 2019.)

Verdon said that the NNSA hopes to address the cost overruns without requesting additional funds by using money that the agency had planned to spend on, but may no longer need for, future warhead modernization programs.

Lawmakers from both parties expressed concern about the impact of the technical issues facing the two programs.

The NNSA Cost Estimating and Program Evaluation Office “publicly predicted these delays years ago and has raised concerns about future warhead programs as well,” said Rep. Jim Cooper (D-Tenn.) at the House hearing.

For the past several years, the NNSA has estimated the cost of the B61 life extension program (LEP) at $7.6 billion and a first production unit date of March 2020. But the agency’s independent cost estimating office in 2016 projected a total cost of approximately $10 billion and a two-year delay to the agency’s estimated March 2020 first production-unit date. (See ACT, June 2017.)

The Senate Appropriations Committee warned in the report accompanying the panel’s version of the fiscal year 2020 energy and water appropriations bill released in September that the NNSA must “ensure any technical challenges or production issues, particularly in the electronic components, are discovered quickly and mitigated to minimize impacts” to other agency priorities.

The committee “is concerned that a recent technical challenge demonstrates a lack of systems engineering and highlights a lack of coordination and leadership focus, which in turn jeopardizes successful program execution,” the report added.

Under the B61 LEP, the NNSA plans to consolidate four of the five existing versions of the bomb into a single weapon known as the B61-12. The upgraded weapon will be equipped with a new tail-kit guidance assembly that will make the bomb more accurate and allow it to have a lower yield than some of the existing variants. The new tail kit is being developed by the Air Force and is estimated to cost $1.3 billion.

The NNSA is expected to produce 400 to 500 B61-12s. Some of these newer weapons will replace the approximately 150 tactical versions of the B61 believed to be deployed in Belgium, Germany, Italy, the Netherlands, and Turkey in support of NATO nuclear sharing commitments.

The alternation program for the W88 is designed to provide the weapons with a new arming, fuzing, and firing subsystem and replace the conventional high-explosive main charges and associated components. Prior to the announcement of the capacitor problem, the NNSA projected the cost of the program at $2.6 billion and said production would begin next month.