Iranian officials announced plans in October to take additional steps that would violate nuclear-related commitments Tehran made in the 2015 Joint Comprehensive Plan of Action (JCPOA). The threatened action followed failed efforts to conclude a plan to preserve the agreement and facilitate a new round of talks between Washington and Tehran. 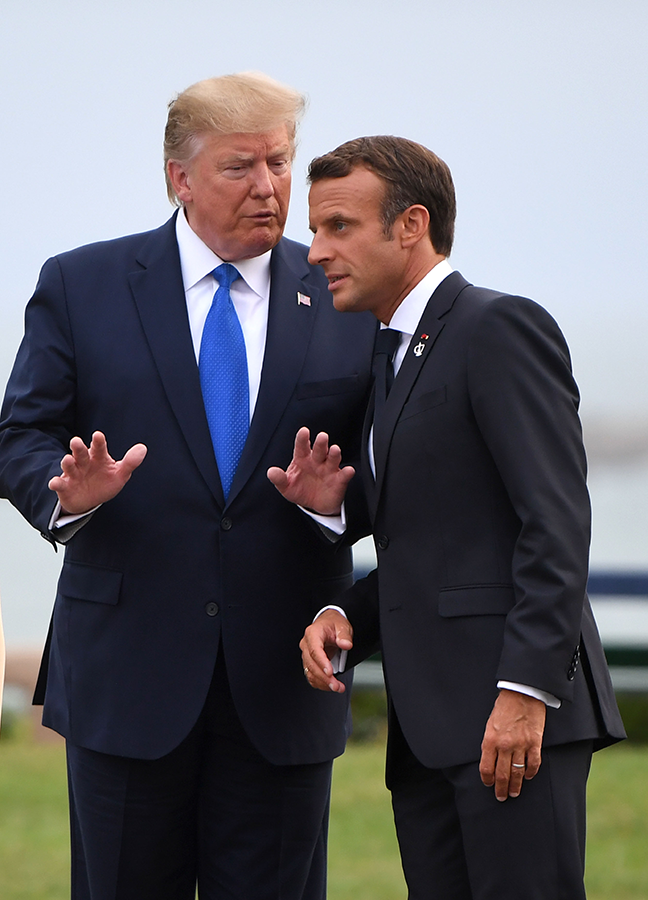 After weeks of intensive diplomatic effort, French President Emmanuel Macron reportedly secured support from U.S. President Donald Trump and Iranian President Hassan Rouhani in late September to negotiate further limits on Iran’s nuclear program in exchange for relief from some of the sanctions the Trump administration reimposed after it withdrew the United States from the JCPOA, but the plan collapsed over a disagreement on sequencing.

According to Politico, Macron’s plan would have required Iran to return to full compliance with the JCPOA and to commence negotiations on a “long-term framework for its nuclear activities” with the multilateral group (France, Germany, Russia, the United Kingdom, the United States, and the European Union) that negotiated the original 2015 accord. The proposal also would have obligated Iran to reiterate its commitment to “never acquire a nuclear weapon” and agree to talks on regional security concerns. In return, the United States would have lifted sanctions imposed since 2017 to allow Iran to export oil without restrictions.

Politico reported that the proposal did not explicitly include an agreement to discuss Iran’s ballistic missiles, but French officials said Tehran understood that missiles would be an element of the regional security discussions.

Trump has described the 2015 multilateral nuclear agreement as a “bad deal” because it did not include binding restrictions on Iran’s ballistic missile activities or address Iranian actions in the Middle East that Washington views as destabilizing.

After meeting separately with Rouhani and Trump on Sept. 24 in New York, Macron said that the “conditions have been created for a quick return to negotiations” and that there is “mutual interest” in “creating the conditions for reducing tensions and reaching a long-term agreement.”

Rouhani said on Sept. 24 that although Iran would be willing to discuss “small changes, additions, or amendments” to the nuclear deal, sanctions relief must come first. He said that assurances from European partners that the United States would lift sanctions were “not acceptable” and Iran was looking for specific commitments from the United States on the sequence of sanctions relief before further talks could take place.

Rouhani decided not to join a phone call with Trump that Macron had attempted to set up because the Trump administration would not agree to announce that sanctions would be lifted ahead of the call. The Iranian president said that talks cannot take place in the “toxic atmosphere of maximum pressure,” and he told the UN General Assembly that “our response to any negotiation under sanctions is negative.”

Trump tweeted on Sept. 27 that “Iran wanted me to lift the sanctions imposed on them in order to meet. I said, of course, NO!”

Trump reimposed sanctions that Washington had waived as part of the nuclear agreement when he withdrew the United States from the accord in May 2018 and has imposed additional measures designed to pressure Iran into accepting terms more favorable to the United States. (See ACT, June 2018.)

The Trump administration claims it is willing to meet with Iran without preconditions. Iranian officials have consistently maintained that the United States must take the first step and ease sanctions before talks can take place.

Iranian Supreme Leader Ali Khamenei said on Sept. 17 that if the United States “repents and returns to the nuclear agreement it violated,” Iran would engage in multilateral talks that included U.S. officials. Until Washington moves away from its pressure campaign, “no negotiations at any level” can take place between the United States and Iran, he said.

French Foreign Minister Jean-Yves Le Drian told the French Parliament on Oct. 3 that Macron’s initiative is “still on the table” and the United States and Iran must seize the opportunity to pursue it “in a relatively short amount of time” because Iran plans to take additional steps to reduce compliance with its nuclear commitments. The steps “risk leading to a new period of tension and new escalation,” he said.

To date, the steps Iran has taken to exceed the JCPOA nuclear limits in response to the U.S. decision to withdraw from the nuclear deal have had little impact on Tehran’s so-called breakout capability, or the time it would take to produce enough nuclear material for one bomb, which is still estimated at about 12 months. (See ACT, June 2019.)

Iranian officials have also stated that the steps they have taken so far are quickly reversible and that Tehran will return to compliance with the agreement if the United States does the same.

Tehran is now planning to take a fourth step to reduce compliance in early November, although officials have not indicated specifically what actions will be taken.

Rouhani’s chief of staff, Mahmoud Vaezi, said on Oct. 17 that a committee is studying the options and will act if Iran’s demands are not met “in due time.”

Behrouz Kamalvandi, spokesman for the Atomic Energy Organization of Iran, told the Iranian Parliament on Oct. 8 that if Iran takes two more steps, it will “end all of Iran’s JCPOA undertakings and return the country to the pre-JCPOA conditions.” He said those steps include resuming uranium enrichment at Fordow and increasing the number of operating centrifuges. At that point, only the additional monitoring measures will remain in place, he said.

Under the terms of deal, Iran converted the Fordow site from a uranium-enrichment facility to a research and isotope production center and agreed not to enrich any uranium at the site for 15 years. The limits of the deal also required Iran to reduce the number of installed IR-1 centrifuges from about 19,000 to 5,060.