“It will take all of us working together – government officials, and diplomats, academic experts, and scientists, activists, and organizers – to come up with new and innovative approaches to strengthen transparency and predictability, reduce risk, and forge the next generation of arms control agreements.”
– Wendy Sherman
U.S. Deputy Secretary of State
June 2, 2022
REMARKS: Restoring Confidence in Arms Control

The dual strategy of deterrence and détente is most likely what the former director of the Institute for Peace Research and Security Policy at the University of Hamburg, the bold thinker, strategist, and foreign policy expert Egon Bahr, meant when he said, “For Germany, America is indispensable; Russia is immovable.” 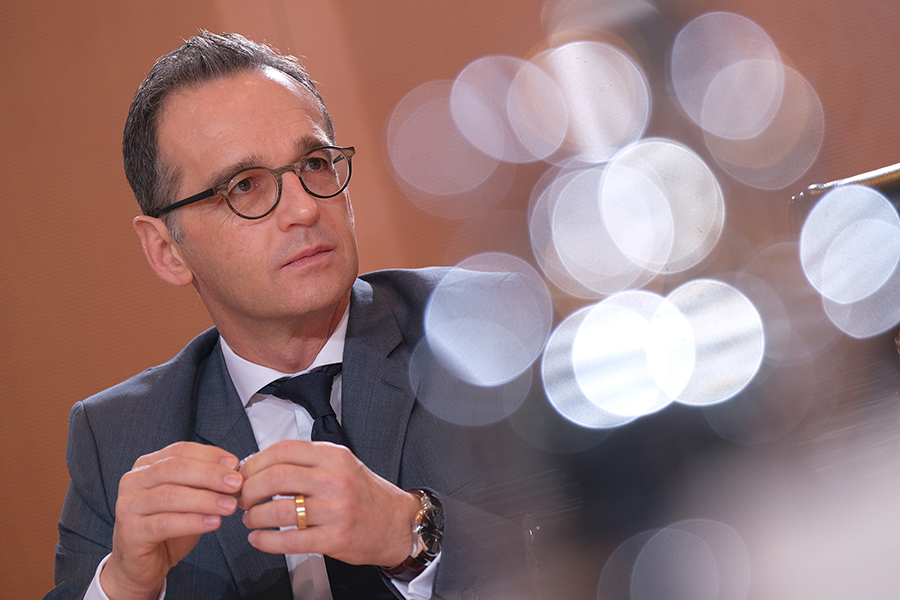 For me personally, it’s a given that this also means that even today, we have to cultivate a dialogue with Russia, even though Russia is making no secret of the fact that it’s building up its nuclear and conventional arsenal, as well as, increasingly, its cyber capabilities.

Talks like that with my counterpart, Sergey Lavrov, on Russia resuming compliance with the Intermediate-Range Nuclear Forces Treaty, thus ensuring the preservation of a treaty so important to Europe, on European security and, naturally, on Ukraine and the Minsk process, are not always very enjoyable.

However, the German government and Europeans are convinced that confidence and a readiness to engage in dialogue ultimately form the basis of any international order.

Confidence, or more accurately a leap of faith—particularly in us Germans—was also the basis for European integration, which transformed former enemies into a family of states. I’d like to remind you of this in light of the European elections this coming Sunday.

It follows that the ultimate objective of our policy must be to restore the confidence that has been lost: confidence that international rules are valid, that treaties will be reliably adhered to, and that a promise made today won’t be revoked by a tweet tomorrow.

We’re striving for this around the world—and not alone. For example, we’re striving for it in a “group of friends” founded by us and consisting of 24 states in which we discuss the fundamental issues of a modern conventional arms control architecture, as well as in the Structured Dialogue through which we’ve anchored this issue in the [Organization for Security and Co-operation in Europe].

Or, as it were, at the highest level, in the United Nations.

For the first time since 2012, Germany put nuclear disarmament, nonproliferation, and arms control back on the UN Security Council agenda in early April. I found it encouraging that all Security Council members spoke in favor of strengthening the nuclear order on the basis of the [nuclear] Nonproliferation Treaty.

I firmly believe that greater transparency of nuclear arsenals and the development of control mechanisms are possible. They’re also the basis for further reducing nuclear arsenals. And without any loss of security!

First and foremost, it is the largest nuclear-weapon powers, the United States and Russia, which are called upon to take action. However, with its increasing military might and growing ambitions, China must assume greater responsibility in the security sphere and get involved in shaping tomorrow’s arms control architecture.

Academic advisers are of invaluable help, especially in lengthy and complex processes such as arms control.

They are guides, critics, and intellectual sparring partners for politicians [and] diplomats, as well as the military. In their research and in exchanges with experts and politicians around the world, they search for ways and means which we don’t yet know or don’t recognize.

With Germany’s steadily growing responsibility for security in Europe and the world, with the return of military threats and confrontation to Europe, [and] with the emergence of new powers and international terrorism, as well as with the development of new technologies, this need is changing and evolving rapidly.

The officers at the Command and Staff College here in Hamburg will tell you that the nature of war will continue to change in the coming years. In the not too distant future, robotics and artificial intelligence will revolutionize military systems.

That means that those technologies on which we as industrialized nations rely could turn against us in the security sphere: largely autonomous killer robots could become reality.

The German government therefore wants to enshrine the principle of effective human control over all lethal weapons systems at the international level, thereby taking a major step toward the global prohibition of fully autonomous weapons.

Excerpted from a speech by German Foreign Minister Heiko Maas at a May 21 event organized by the Institute for Peace Research and Security Policy at the University of Hamburg.