Many countries that voted in favor of the new Treaty on the Prohibition of Nuclear Weapons are expected to sign it when it opens for signature on Sept. 20, but several key supporters may not do so. 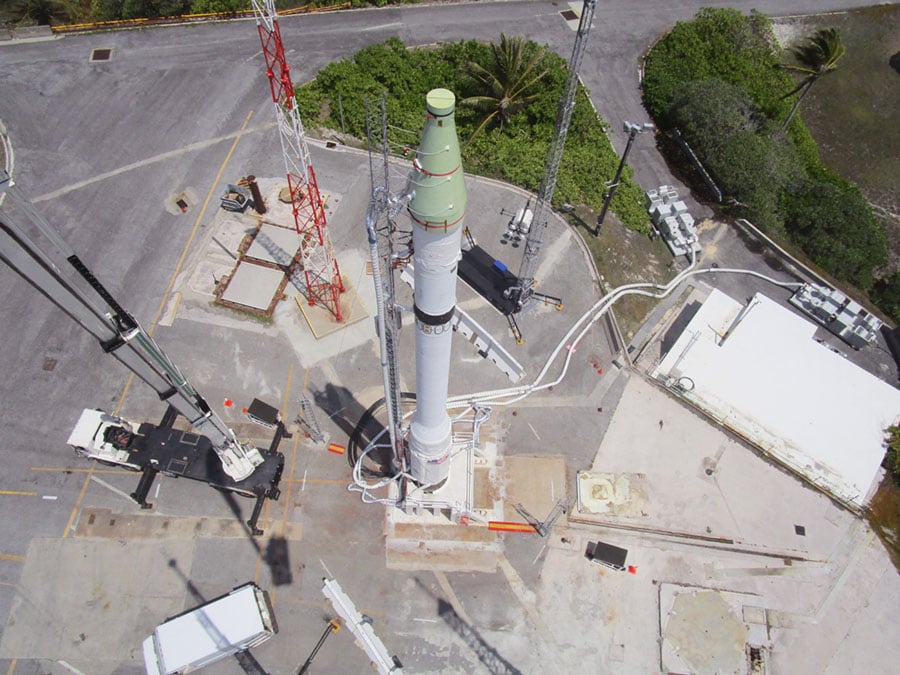 The treaty was supported by 122 countries when it was adopted July 7 at the United Nations. Among the parties to the negotiations, only the Netherlands voted against, and Singapore abstained. (See ACT, July/August 2017.) The large number of states supporting the landmark treaty was hailed as remarkable, particularly given the short period of negotiation.

Some states, however, may be unable or unwilling to sign the treaty in September or subsequently, due to possible treaty conflicts, anticipated pressure from nuclear-armed states opposed to the treaty, and concern with the implications of some treaty provisions. They include the Marshall Islands, Sweden, and Switzerland.

The Marshall Islands, the site of 67 U.S. nuclear test explosions and a staunch supporter of nuclear disarmament, may be unable to sign and ratify the nuclear prohibition treaty due in part to its defense agreement with the United States.

The Pacific island nation participated actively in the negotiations, but later clarified that its vote for the treaty “is not to be mistaken for the domestic process to consider joining this treaty.”

Amatlain Elizabeth Kabua, Marshall Islands permanent representative to the UN, explained after voting that her country would “carefully consider this treaty for ratification, taking into account our deep national experience regarding the use of nuclear weapons as well as implications upon the respective provision of our Compact of Free Association with the United States of America, including the defense and security provision” in Title III.

Securing approval from the United States may be challenging, given its adamant opposition to the treaty. France, the United Kingdom, and the United States asserted in a joint statement after the treaty’s adoption that it “will not enhance any country’s security” and that it would have the opposite effect. Robert Wood, U.S. ambassador to the Conference on Disarmament (CD), has said on Twitter that the treaty has “dangerous flaws” and is “bad for international peace and security.”

Civil society groups favoring the treaty anticipate that the nuclear-armed states will lobby governments not to sign, just as they encouraged states not to participate in negotiations. “The strongest impediment to states signing the treaty is going to be pressure from the nuclear-armed states, or other nuclear-supportive allies,” Ray Acheson, director of Reaching Critical Will, told Arms Control Today in an Aug. 17 email.

Even without U.S. opposition, the Marshall Islands may still be unable to sign and ratify the treaty because of a possible conflict with its provisions. As James Acton, co-director of the Nuclear Policy Program at the Carnegie Endowment for International Peace, noted on July 6 on Twitter, the Marshall Islands leases to the United States 11 islands in the Kwajalein Atoll, where the Minuteman III and Trident D5 missiles are tested.

The Marshall Islands receives $18 million annually from the U.S. Army for use of the Kwajalein Atoll, from where the United States on May 30 launched an intercontinental ballistic missile (ICBM) to test its long-range ground-based interceptor. (See ACT, July/August 2017.)

The new treaty prohibits states-parties from assisting any state with banned activities, which includes testing “nuclear weapons or other nuclear explosive devices.” If a nuclear-capable missile were to be interpreted as a nuclear weapon or a nuclear explosive device, then the Marshall Islands would be in violation, were it to have signed and ratified the treaty. If not, Acton wrote, it would only be in compliance through a loophole “big enough to fly an ICBM through.”

Sweden and Switzerland also expressed hesitation about the treaty after voting for it. For those two countries and perhaps others, the short negotiating period may lead to a longer review period before political leaders can sign.

“Despite the complexity of the matter, and the unprecedentedly limited time at our disposal, Sweden has voted in favor of the adoption of this treaty. . . . At the same time, we recognize that there are crucial elements of this treaty that do not meet what my delegation was aiming for,” Eva Walder, Swedish ambassador for disarmament, said in a statement after the vote.

There were just more than four weeks of negotiations before the treaty’s adoption. The president of the negotiating conference, Ambassador Elayne Whyte Gómez of Costa Rica, released the third and penultimate draft of the treaty four days before its anticipated adoption, which diplomats sent back to their capitals for comments. Yet, Whyte Gómez did not accept any substantive changes to that draft, frustrating many diplomats who had expected to resolve their governments’ concerns.

In an Aug. 14 email to Arms Control Today, Walder stated that Swedish political leaders have not decided whether they will sign the treaty in September.

Switzerland also voted for the treaty, but explained it would not sign it on Sept. 20 in order to conduct a comprehensive review of the text. “Switzerland is committed to the goal of a world free of nuclear weapons, but also sees risks that this treaty may weaken existing norms and agreements and create parallel processes and structures which may further contribute to polarization rather than reduce it,” Sabrina Dallafior, Swiss permanent representative to the CD, said after the vote.

Sweden and Switzerland had advocated for the treaty to require all states to agree to negotiate an additional protocol with the International Atomic Energy Agency in addition to a comprehensive safeguards agreement required by the nuclear Nonproliferation Treaty (NPT). Instead, the ban treaty calls for all states that have never possessed nuclear weapons to maintain their current level of safeguards, bringing into force a comprehensive safeguards agreement if they have not already done so.

“Switzerland therefore does not plan to sign the treaty” on Sept. 20, when it will open for signature, said Michael Siegrist, a legal officer for the Swiss Federal Department for Foreign Affairs in an Aug. 14 email to Arms Control Today. “This decision is without prejudice to a later decision following the assessment.”