The Organisation for the Prohibition of Chemical Weapons (OPCW) Executive Council plans by October to pick from among seven candidates to succeed Director-General Ahmet Üzümcü, who steps down in July. 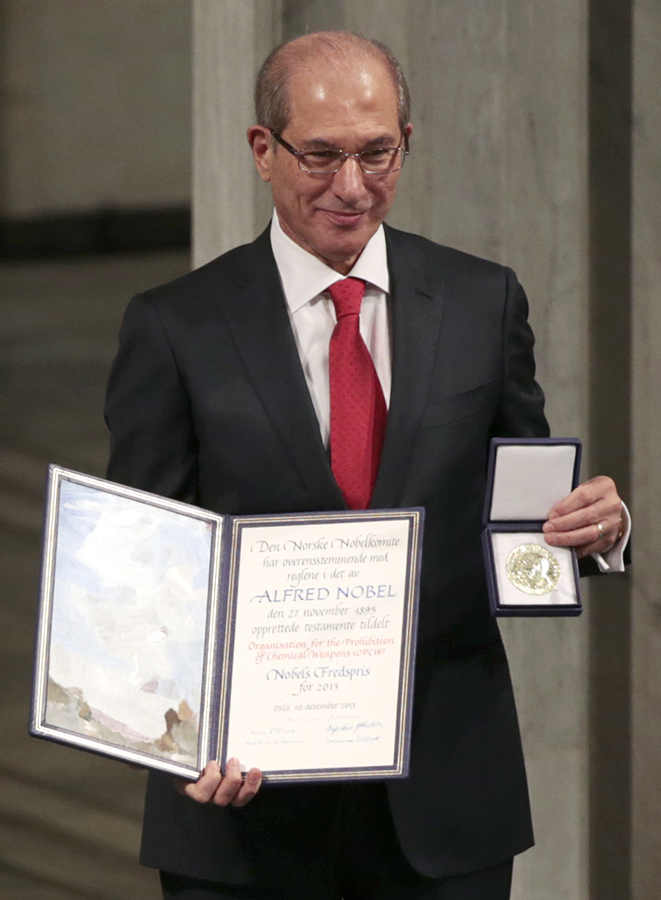 The OPCW, founded in 1997 to implement the Chemical Weapons Convention (CWC), faces formidable challenges in the coming years, including the recurring use of chemical weapons in Syria.

Several former representatives to the OPCW are vying for the job, as well as two well-known figures in the arms control field: Tibor Tóth, former executive secretary of the Comprehensive Test Ban Treaty Organization, and Kim Won-soo, former UN undersecretary-general and high representative for disarmament affairs.

At the OPCW Executive Council meeting in July, each nominee gave a 10-minute presentation on priorities, challenges, and the management of the secretariat, followed by questions from the five regional groups.

Sheikh Mohammed Belal of Bangladesh, the council chairman overseeing the process, plans to use “consultations, ‘confessional meetings,’ and, when appropriate, straw polls” to narrow the field of candidates before the next council meeting on Oct. 10–13, according to an Aug. 17 email to Arms Control Today. The council plans to conduct the first straw poll on Sept. 13.

If multiple candidates remain in the race by the October meeting, the council will vote. Subsequently, the full OPCW conference of states-parties, which meets Nov. 27–Dec. 1, must approve the council’s recommendation, which it has always done.

The first candidate is Abdouraman Bary, a chemistry professor from Burkino Faso currently serving as the Waste Regional Coordinator for the Africa Region at the UN Environment Programme. He previously headed Burkina Faso’s CWC National Authority. He is the only candidate with scientific and practical expertise although he lacks many of the other candidates’ diplomatic experience.

Candidate Tóth of Hungary was executive secretary of the Comprehensive Test Ban Treaty Organization (CTBTO) for eight years. He also served as Hungary’s permanent representative to the Conference on Disarmament and the CTBTO and was involved in the negotiation of the CWC. He chaired an ad-hoc group that tried to add a verification protocol to the Biological Weapons Convention.

The fifth candidate is Jesper Vahr, a Danish diplomat currently serving as ambassador to Israel who has served as ambassador to Turkey and Azerbaijan and director of the private office of NATO Secretary-General Anders Fogh Rasmussen.

The sixth candidate is Vaidotas Verba, currently the project coordinator in Ukraine for the Organization for Security and Co-operation in Europe (OSCE) and previously Lithuania’s permanent representative to the OPCW.

The final candidate is Kim, who just finished a two-year term in December 2016 as UN undersecretary-general and high representative for disarmament affairs. In this role, he oversaw the work of the UN-OPCW Joint Investigative Mechanism (JIM) in Syria.

During Üzümcü’s two terms as director-general, he implemented institutional reforms and guided the organization through unprecedented challenges.

Üzümcü previously served as Turkey’s representative to NATO and held several posts within the Turkish Ministry of Foreign Affairs. When a candidate for OPCW director-general in 2009, Üzümcü stressed the importance of the OPCW’s multilateralism.

Under Üzümcü’s leadership, the OPCW’s work became more publicly accessible when it developed a larger online presence and a publicity strategy. “Üzümcü deserves much credit for supporting a much more open, transparent, and inclusive process for the CWC and states-parties, even against the reluctance of several states-parties,” Paul Walker, director of Green Cross International’s environmental security and sustainability program, told Arms Control Today in an Aug. 16 email.

The organization’s public image grew after becoming a recipient of the Nobel Peace Prize in 2013.

The organization completed the removal of chemical weapons from Libya during 2012–2016 and began to eliminate Syrian chemical weapons in 2013, the first time the OPCW undertook a demilitarization operation in an active war zone.

“Never in the history of our organization have we been called on to verify a destruction program within such short time frames and in an ongoing conflict,” Üzümcü said of his organization’s work in Syria when receiving the Nobel prize.

The next director-general will also have a challenging portfolio, which includes addressing current chemical weapons use in Syria and shifting future institutional priorities as the organization nears completion of most states’ chemical weapons stockpiles destruction.

“Ensuring institutional impartiality and credibility on the Syria file has been (and continues to be) the biggest challenge” of the current director-general, John Hart, head of the Chemical and Biological Security Project at the Stockholm International Peace Research Institute told Arms Control Today in an Aug. 15 email.

In addition, the next director-general will be tasked with working to include the four countries not yet party to the treaty—Egypt, Israel, North Korea, and South Sudan—while strengthening current states-parties’ national implementation.

Still, as the OPCW celebrates its 20th anniversary this year, 95 percent of the world’s declared chemical weapons stockpiles have been destroyed. Looking ahead, the new OPCW leader will need to shift the organization’s priorities from chemical weapons destruction to preventing chemical weapons acquisition.

“[T]he next director-general would need to make the OPCW, with the support of the states-parties, a vanguard against the threat of the re-emergence of chemical weapons and the use of chemical weapons by ‘rouge’ states and non-state actors,” Belal said in an Aug. 17 email to Arms Control Today.