In response to the first documented finding that a state-party to the Chemical Weapons Convention (CWC) used prohibited chemical weapons, the UN Security Council remained deadlocked last month over sanctioning the Syrian regime due to objections from Russia. However, it extended the mandate of a special investigative team to continue its work for another year.

Separately, a majority of the 41 member states on the Executive Council of the Organisation for the Prohibition of Chemical Weapons (OPCW) formally condemned the use of chemical weapons by the Syrian government, but also stopped short of sanctioning the guilty party. 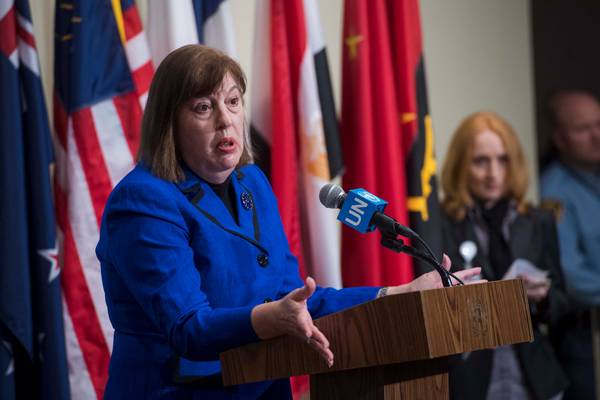 A special UN-OPCW investigative team briefed the Security Council on Oct. 27 on its determination of groups responsible for conducting chemical attacks in Syria. It found Syrian government forces responsible for the use of chlorine, a choking agent, three times during 2014 and 2015, and blamed the Islamic State group in Syria for using sulfur mustard gas, a blistering agent, in August 2015. (See ACT, November 2016.)

Russia’s UN envoy, Vitaly Churkin, disputed the findings of the Joint Investigative Mechanism (JIM) as “unconvincing” and argued that no sanctions should be imposed on the Syrian government. Russian-supplied helicopters were found by the investigators to have been used by Syrian army units to drop barrel bombs containing chlorine.

Following a massive sarin gas attack in August 2013 in the suburbs of Damascus, the United States and Russia brokered a plan requiring Syria to join the CWC and allow for the removal and destruction of its large chemical weapons stockpile and associated production and delivery capacity. The Security Council unanimously voted in September 2013 to adopt Resolution 2118 endorsing the U.S.-Russian plan and agreed that the body would impose measures under Chapter VII of its charter if Syria did not comply or if it used or authorized the transfer of chemical agents.

Since the 13-month JIM investigation into subsequent chemical weapons incidents was completed, France, the United Kingdom, and the United States have been pushing the Security Council to impose punitive sanctions on the Syrian regime for its continued use of chlorine as a weapon. But Russia, which is allied with the Syrian regime, would likely have vetoed such a measure, according to diplomatic officials who spoke with Arms Control Today.

Instead, the Security Council on Oct. 13 unanimously adopted Resolution 2314 to extend the mandate of the JIM to Nov. 18 to allow time to negotiate a one-year renewal of its mission.

“We consider this renewal as a necessary step, but only a first step,” French Ambassador to the UN Francois Delattre told Agence France-Presse on Oct. 31. “There are more cases of chemical weapons use in Syria, and so it is absolutely critical that the JIM gets later a one-year mandate to continue its investigation.”

On Nov. 17, the council voted unanimously to authorize the JIM to continue its investigations for a year.

In a resolution adopted Nov. 11, the OPCW Executive Council, meeting in The Hague, called on all parties identified in the JIM reports as culpable to desist immediately, and it authorized additional inspections at sites and facilities in Syria.

The resolution, which was advanced by Spain, stated that “every actor involved in these chemical weapons attacks should be held accountable” but did not sanction any Syrian government entities involved in the chlorine attacks. U.S. officials told Arms Control Today that a number of countries said the UN Security Council, not the OPCW Executive Council, should be the body that mandates punitive measures when a state is found to be in violation of the chemical weapons ban.

“The United States would have preferred an even stronger statement against those responsible for chemical weapons use in Syria,” according to a State Department official who spoke with Foreign Policy on Nov. 11.

The resolution, which was supported by 28 states, including France, Germany, the UK, and the United States, according to Reuters, also expressed grave concern that gaps, inconsistencies, and discrepancies in the Syrian government’s initial declaration have not been resolved. Russia, China, Sudan, and Iran voted against the compromise Spanish resolution, Reuters reported, and nine countries abstained.

The resolution also demanded that the Syrian government comply fully and authorized OPCW inspectors to visit two sites identified in the most recent JIM reports as having been “involved in the weaponization, storage, delivery and use of toxic chemicals as weapons.”

U.S. officials argue that all perpetrators of chemical weapons attacks must be held accountable. “If we want to deter the use of chemical weapons and other types of prohibited weapons in the future, accountability matters,” according to remarks delivered Nov. 16 in Washington by Thomas Countryman, acting undersecretary of state for arms control and international security.